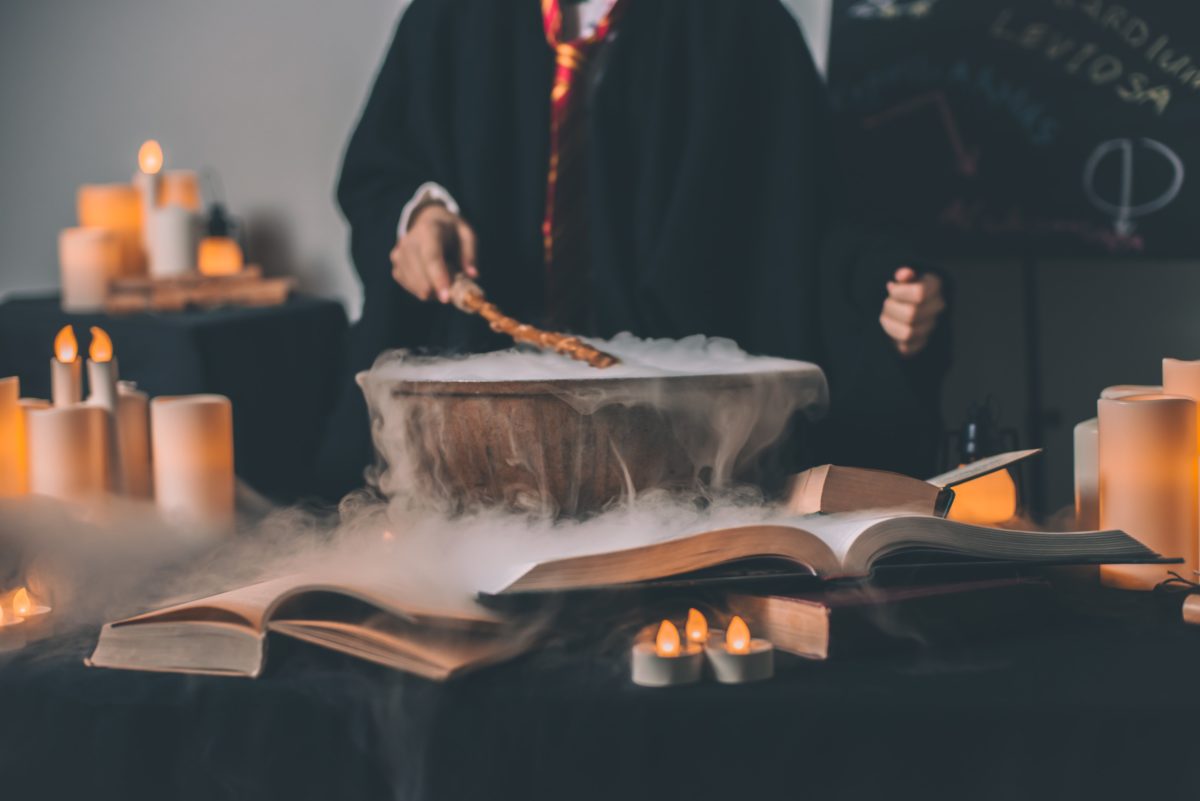 When you buy an index fund, you know what you’re buying. Whether it’s UK large-cap stocks, European small-caps or US government bonds, that’s 100% what you’re getting. Nothing more, nothing less.

But when you buy an active fund, it’s very rarely that simple. You’re usually buying more than one asset class. What’s more, what you’re investing in will probably change in line with the manager’s investment style — a phenomenon known as style drift.

So, for example, unbeknown to you, the risk profile of your chosen fund could be very different today to what it was, say, a year ago.

Another by-product of style drift, as CRAIG LAZZARA from S&P Dow Jones Indices explains in this article, is that fund management can and do use it to create an illusion of stock selection skill where none exists.

Remember, when it comes to comes to advertised fund performance, all may not be what it seems.

Success is hard to come by for active managers, as readers of our SPIVA reports know well. Sometimes what appears to be stock selection skill is in fact simply a by-product of style drift across the capitalisation scale.

Why are the results so good for mid-cap managers? It’s possible that smaller stocks are less efficiently priced than the largest companies, so that stock selection in the mid- and small-cap universe is easier; the higher dispersion of mid-caps and small caps would support that view. Or perhaps mid- and small-cap managers are simply more skilful than their large-cap counterparts.

These explanations would be more plausible were it not for the long-term record. For the 10 years ended December 31, 2019, for instance, 84% of mid-cap and 89% of small-cap managers lagged their index benchmarks. If smaller companies were an easier game with more astute players, the score would be better than this.

We argue instead that style drift — for example, the ability of a mid-cap manager to buy large cap stocks — can shed light on mid- and small-cap managers’ success.  In 2019, e.g., the S&P 500 rose by 31.5%, well ahead of the 26.2% gain of the S&P MidCap 400. A mid-cap manager who tilted his portfolio slightly up the capitalisation scale might have been rewarded for doing so. If our conjecture is correct, we’d expect mid-cap manager performance to improve whenever the S&P 500 outperforms the S&P 400.  Exhibit 1 shows that to be the case. 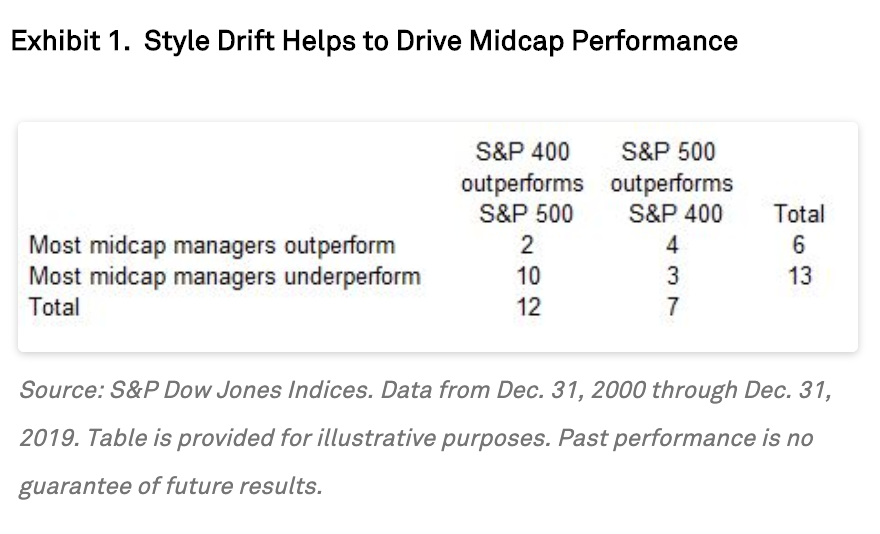 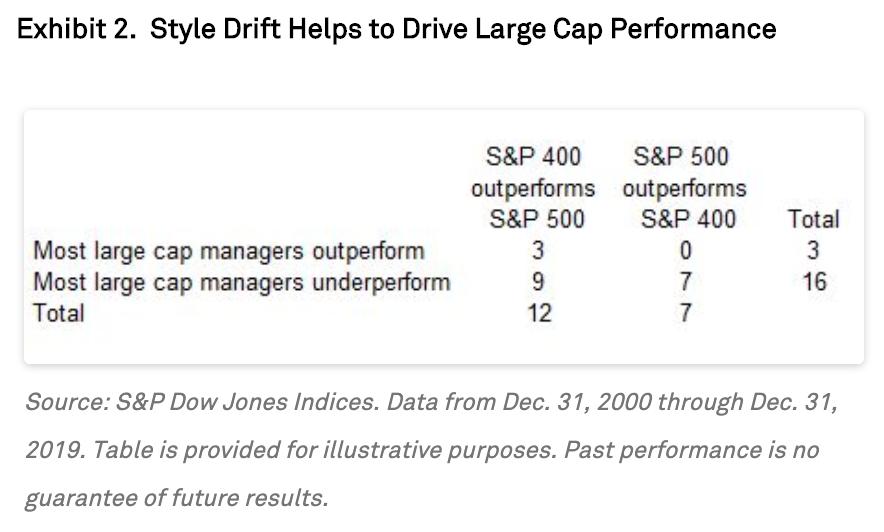 Whenever there are significant differences between the performance of capitalisation-specific indices, there are opportunities for managers to add value by moving up or down the cap scale. So far in 2020, of course, the S&P 500 is well ahead of its smaller counterparts; mid- or small-cap managers might well benefit in next year’s SPIVA data.  Such opportunistic moves may be commendable, but they are not evidence of skill at stock selection.

You can find more from Craig Lazzara here:

Are passive managers really the kings of Wall Street?

SPIVA: What it is & what it does

To learn more about style drift, you may like to watch Step 6 of Index Funds the Movie, which our colleagues at Regis Media produced for Index fund Advisors.