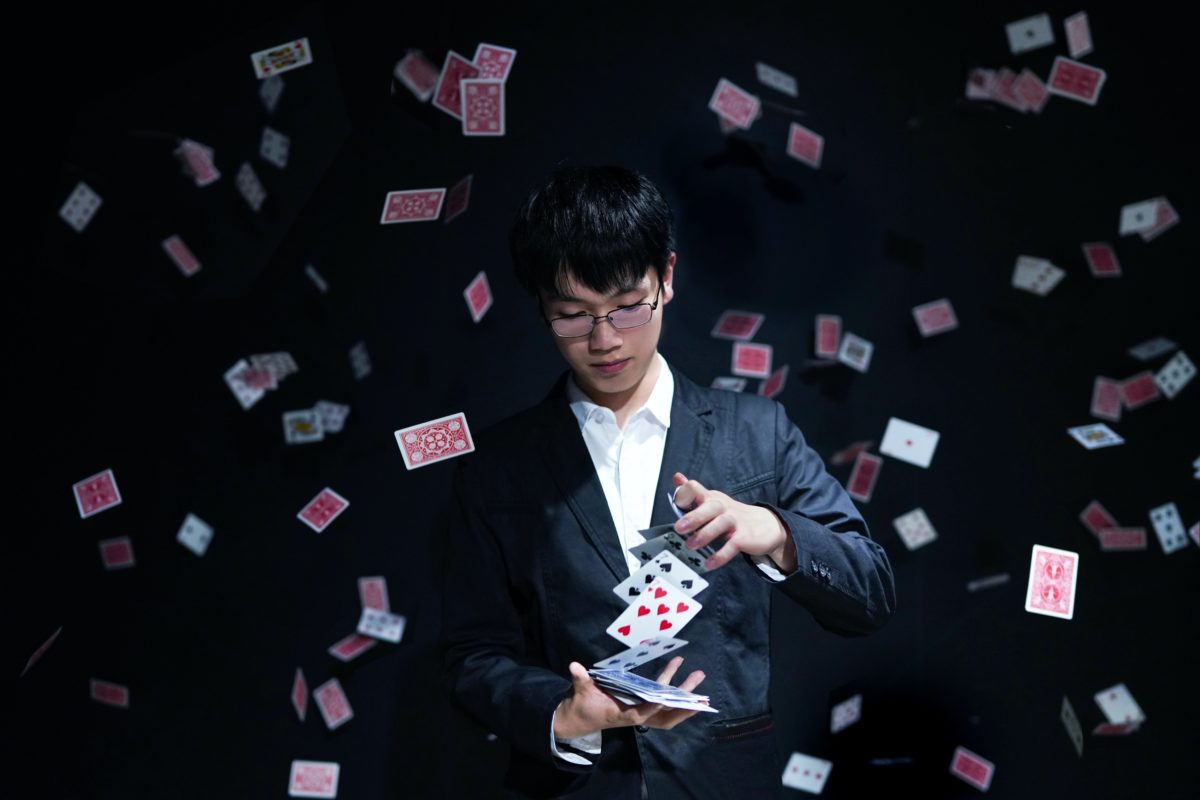 Robin writes: One of the misconceptions about the campaign for transparency in asset management is that it’s all about costs. Hugely important though fees and charges are, transparency around past performance is just as important. As Jason Zweig on the Wall Street Journal has been warning us for more than 20 years, there are all sorts of ways for fund house marketing departments to make their returns look better than they actually are.

Someone else who keeps a close eye on these statistical sleights of hand is Craig Lazzara. He’s demonstrated, for instance, how one year of good returns can mask nine years of consistent underperformance. In his latest post, he shows how data that focuses on performance in three-year rolling windows, rather than annual performance, can conceal as much as it reveals.

Here is a 22-year history of a (hypothetical) actively-managed portfolio and its benchmark: 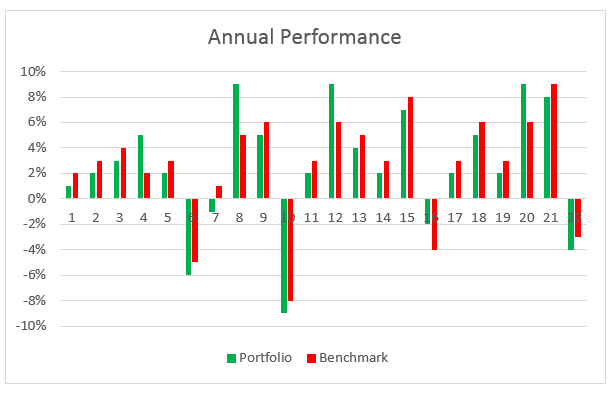 Results have been decisively mediocre. The portfolio outperformed in only five years out of 22, for a hit rate of 22.7%. Its cumulative return (68.2%) lagged that of the benchmark (74.0%), and its volatility was higher (4.79% vs. 4.25%). The manager’s marketing department will need to work overtime to hold onto this account.

And then a brainstorm occurs (as they occasionally do, in marketing departments). What happens if we look, not at annual performance, but at performance over rolling three-year windows? 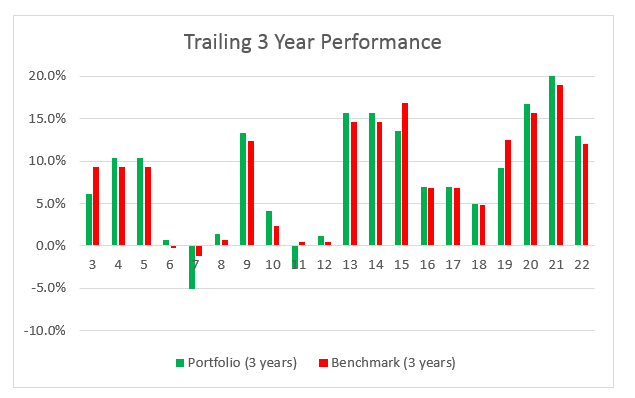 The returns haven’t changed, but now, mirabile dictu, the portfolio outperforms in 15 of the 20 possible three-year intervals – 75 percent! The manager’s marketing staff trumpets his consistent outperformance for the last 20 years. And of course, the use of a three-year window adds credibility to the story, since “everyone knows” that you shouldn’t evaluate a manager over a period as short as a single year.

The manager’s five years of good performance were spread out over the 22 years of his history. Though few in number, there were enough good years that most of the three-year intervals contain at least one winner. The rolling average approach lets the good years do triple duty, and can convince the unwary observer that good performance is more frequent than it really is.

The lesson for students of investment performance is clear: Use all the data you have, but be wary of unnecessary aggregation. Aggregated performance data can conceal as much as they reveal.

You can find more from Craig Lazzara here:

Are passive managers really the kings of Wall Street?

SPIVA: What it is & what it does