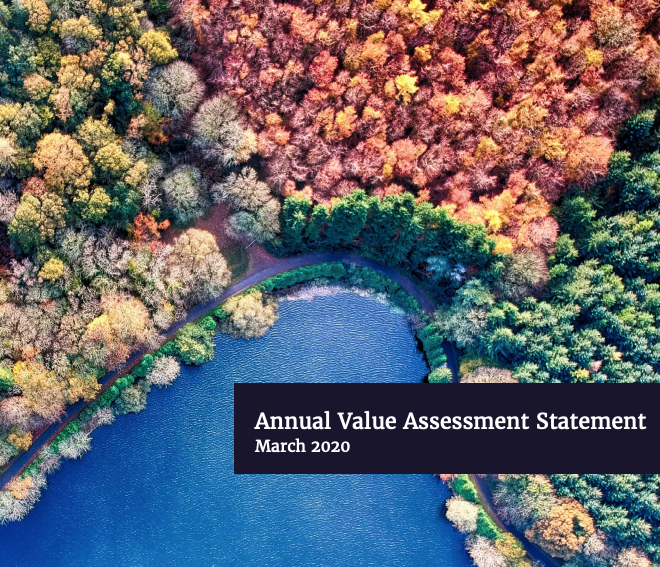 People love to knock the Financial Conduct Authority — the UK financial regulator — and it’s easy to see why.

Every now and again, the FCA really seems to be getting somewhere. Remember, for instance, the interim report on its study on competition in asset management, published in November 2016? Hugely critical of the status quo, it seemed to offer the prospect of a fairer, more transparent investing industry.

Then, as so often happens — with regulators in general, not just the FCA — the reform agenda seemed to lose momentum and most of the hoped-for changes failed to materialise. You can hold consultations till the cows come home, but to be talking about the same old problems today as we were 20 years ago is very depressing.

Credit where it’s due, though: the FCA has made one move that might just redress the balance in the consumer’s favour.

I’m talking about the Assessment of Value (or AoV) regime, which forces fund managers to show what value their funds deliver to their customers. Where value is shown to be lacking, firms must take corrective action, potentially including fee reductions.

The assessments are new this year, and it’s been fascinating to see how different firms approach them.

The problem is, as TEBI readers know, it’s hard to claim that any actively managed fund adds value relative to an equivalent index tracker.

Over the long term, only around 1% of active funds beat the index on a cost-and-risk-adjusted basis, and identifying the winners in advance is virtually impossible. Active funds also provide less diversification than index funds, and are therefore more volatile.

Unless the fund has consistently delivered market-beating returns, which very few of them do, demonstrating genuine added value is a real challenge.

There was therefore great anticipation ahead of this week’s publication of the annual value assessment statement for St James’s Place Wealth Management.

SJP — a company under fire

SJP is Britain’s biggest financial advice chain and a fund manager in its own right. The firm has been heavily criticised over the last 12 months on a number of issues — its fees, its sales tactics and its heavy exposure to the disgraced fund manager Neil Woodford to name but three.

In the event, the statement makes for sobering reading. Of the 39 funds assessed, 28 have either failed their objectives, underperformed their benchmarks or their relevant Investment Association sectors. Some have done all three.

What’s more, the real picture is probably even worse. For example, five funds that failed on all three counts are still considered to offer “overall value”. And nine funds weren’t even assigned a benchmark. It’s impossible to judge a fund’s performance without a benchmark to compare it to.

A far bigger problem than just one firm

I neither want to defend St James’s Place here, nor to put the boot in. SJP’s certainly isn’t the only value assessment that raises serious questions. For me, the issues highlighted by Punter Southall Analytics regarding Hargreaves Lansdown’s AoV statement are just as concerning, if not more so. The Hargreaves statement received very little attention.

Yes, the performance of SJP funds, relative to low-cost index trackers, has been very poor. But it isn’t markedly worse than that of most of its rivals. Let’s face it: we have an entire industry here that, net of costs, extracts value for consumers. We can’t seriously expect firms to admit that all but one or two of their funds have been a total waste of money.

What I would say, though, is this. If we’re asking fund managers to be judge and jury when it comes to assessing the value their products provide, they need to be given much stricter guidance on what’s required.

The information we need

The FCA should ask firms to state whether a fund has underperformed or outperformed the appropriate benchmark index over, say, ten, 15 and 20 years, and by how much. If a fund hasn’t existed for at least ten years, past performance is virtually irrelevant.

Funds should also be made to reveal all their fees and charges, including the cost of transactions, so that investors can see exactly what their net returns have been.

Finally, brevity should be encouraged. Some of the assessments published so far have been up to 200 pages long. Seriously, how many financial advisers, let alone individual investors, have the time and patience to read a report that long?

We also need definite sanctions for those that don’t comply. Firms that are less than transparent should lose the right to assess their own value. In such cases, future assessments should be produced by an objective and approved third party.

It is, of course, too early to say whether the AoV regime has succeeded. It has already prompted some firms to reduce their fees, which will result in significantly improved outcomes for their customers.

But transparency only really works if everyone plays by the rules, and if firms who break those rules are properly punished.

They’re still a work in progress, and regulators around the world will continue to watch with interest. But, with a bit of judicious tweaking, value assessments might just be the genuine game-changer the investing public has been waiting for.