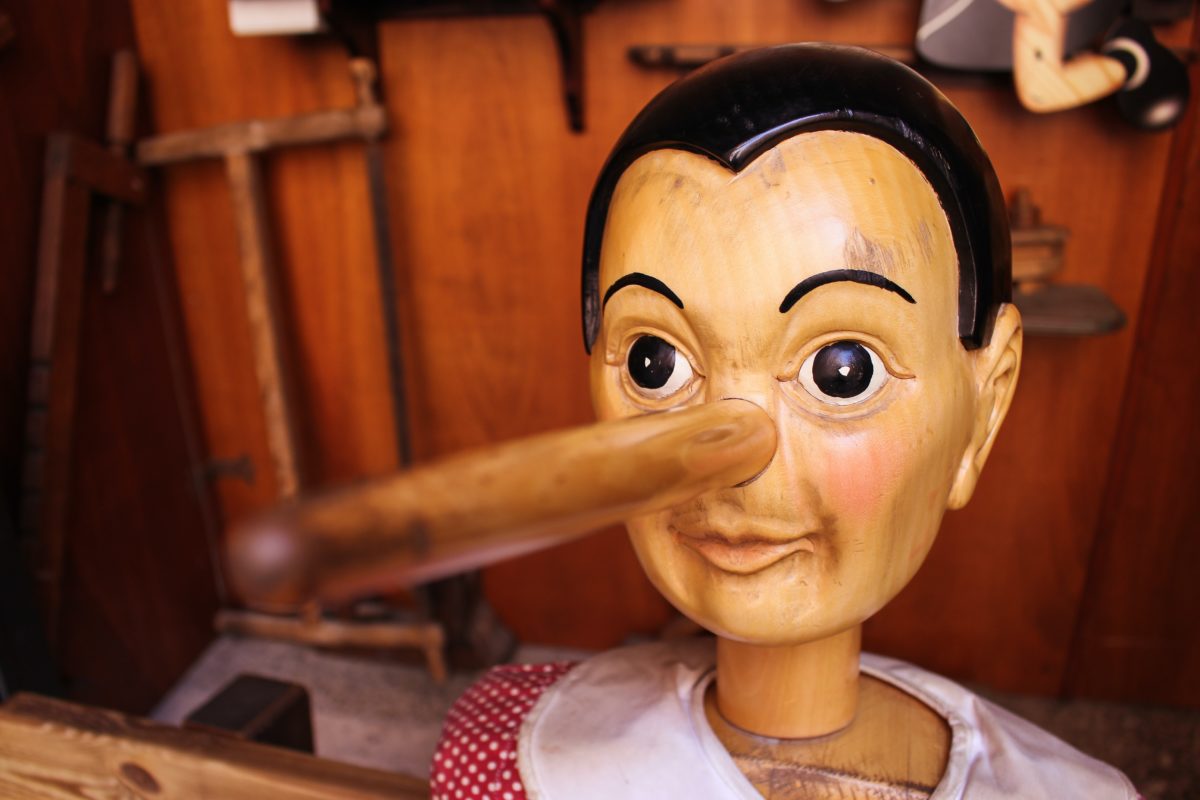 The private equity market has grown hugely over the last 20 years, and for many institutional investors it’s seen as the asset class du jour.

But are private equity returns really as good as the industry claims? Do PE funds justify the premium fees they charge? And how can we be sure that those who manage these funds are acting in the best interests of their investors?

Someone who is very sceptical about the private equity industry is LUDOVIC PHALIPPOU, Professor of Financial Economics at the University of Oxford’s Saïd Business School. In this, the first part of a two-part interview, Professor Phalippou explains why investors should be on their guard.

Professor Phalippou, thank you for your time. How big is the private equity industry, and how fast has it grown?

It has grown extremely fast. I think it is something like 20% year-on-year since 2000. It’s absolutely amazing. It could be as much as $7trillion. To put that into context, stock markets are anywhere between 30 to £40 trillion. So it’s still a lot smaller than the stock market but it’s getting there.

Why then do you think private equity has become so popular?

Clearly there has been a bit of a fantasy growing over performance. In all the presentations you always see performance of private equity being good. That’s the number one argument used as to why you would invest in private equity. The real picture is not quite what it looks like, but people are being impressed by the performance figures. That probably explains most of the growth.

Are there any other reasons for its popularity?

Another reason is this idea that, because it is not traded, you do not have this “up and down” with private equity. You don’t have to comment on big swings or have people being scared and calling you up because “Oh my god, I saw my pension going down ten per cent!” When the stock market started going up and down recently, there are some investors I know of who got bombarded with marketing material from private equity salespeople saying “Look! Your share portfolio is down 10% one day and the next day it’s up 5%. But in private equity, it doesn’t move. It’s all cool!”

A final reason is that it is a lot more fun, a lot more interesting, to do private markets than it is to do public equities and bonds. If I ask my students, who wants to work in the bond market, I don’t get a single hand up. That’s just boring maths. If I ask people, who wants to invest in the public stock market, nobody’s interested. It’s just not cool. If you ask people if they want to invest in private markets, that’s a lot more exciting. You’re buying a company, you have control over it, you devise its strategy. You’re investing in real businesses and you see them grow. So that’s an important element that I think we should not forget — the human factor.

In your book Private Equity Laid Bare you highlighted a number of conflicts of interest in private equity. Why is this such a big issue?

We know, since forever, that, when somebody’s in charge of someone else’s money and can call the shots, it spells trouble. We know the “other people’s money” problem. So, if I can buy a restaurant with your money, and I have full control of the restaurant; there are all kinds of things I can do. At the end of the evening, I can open up the cash till and say, “I worked very hard today, so I’m going to give myself £500 for the day. Just today, because I did a lot of work…” And the next day, I’ll take £800.

So this extends to corporations. We have seen private equity funds saying, “We did some consulting with this company, and we decided to pay ourselves… blah.” And it’s not their money, but someone else’s money. They have control over someone else’s cash.

In public markets we’ve had 100 years of regulators shutting down, one at a time, all of these traps, where people were taking decisions for their benefit, rather than for the benefit of the people whose money it was.

In private equity, somebody else has full control of the company. There is no regulation, and it’s other people’s money. The room for corruption and conflicts of interest is absolutely massive. All you have to rely on is people being honest and ethical.

There’s an argument that private equity is a community and nobody would misbehave, otherwise they would be excluded from the community. It is a valid argument, but it has its limits.

We see pension fund executives being housed in expensive hotels at the so-called annual conference for investors. We have seen the scandal with pension funds in the US being corrupted by placement agents.

So you have here an asset class with tons of cash, where the fees are 7% a year. We have never seen such a high-fee asset class. When there’s so much money out there and so many conflicts of interest, you have all the ingredients for this to be bad.

In your book you also wrote about the lack of transparency in the way that private equity funds measure and present performance. What exactly is your concern here?

People have used an extremely misleading performance measure for private equity — the internal rate of return, or IRR. They pretended it was a rate of return and it wasn’t.

Just about every prospectus from a private equity fund raising money will state a return. They claim, for example, an annualised return since the fund’s inception of 30 per cent. Usually that’s the ballpark number.

But 30 per cent a year is an amazing number. It’s actually a lot more than what Warren Buffett has achieved over the long run. So that should alert you there’s something a bit dodgy going on. These numbers are not possible, and they are not real rates of return. They’re not comparable to stock market rates of return.

So, how has private equity performance compared with public equity over the years?

There are two main time periods to look at. The first is the period starting in the mid-1990s and finishing in 2004. If you look at private equity performance over that time, it’s not bad at all. It’s about an 11 or 12 per cent return.

Over that time period, the major large-cap benchmarks like the S&P500 or the FTSE100 did very badly. So compared to the S&P and the like, private equity funds did extremely well.

The issue with that is that, if you take the data on stock returns by different styles provided by Ken French, you will see that it was only the largest stocks that had returns of just three to four per cent returns over that time period. Every other style had returns of 10-12 per cent.

Starting in 2004, massive amounts of money went into private equity. What happens then is that the S&P 500, starting in 2009, starts doing extremely well. In fact, it starts doing what it had always done, producing a 12 per cent return a year.

What happened with private equity? Again, it delivered 11 or 12 per cent returns, which is not bad. But now they are simply matching the S&P500. Maybe returns have been one per cent more for private equity than the S&P500. But that’s all we’re talking about. The margin is not significant.

Another claim that’s made about private equity is that it’s a good diversifier because it has a negative correlation with public equity returns. Is this accurate?

Private equity includes a lot of restaurants, fitness centres, and all kinds of retail. If you think that, over the last few weeks, these businesses haven’t gone down with the rest of the stock market, then I’d like to see that argument.

In developing markets, where there’s hardly any stock market, then yes, you can use the diversification argument. There are also fewer conflicts of interest is emerging markets because people usually have very good governance in their contracts to limit those conflicts.

In developed markets like venture capital, it probably is a bit of a diversifier, but start-ups are quite dependent on the economy doing pretty well too. For large leverage buyouts, it’s very hard to make the diversification argument. It’s the same in real estate and natural resources.

So yes, some sub-sections of private markets are probably good candidates for diversification. But with others it’s a lot harder to make the argument.

In Part 2: Does private equity face a potential liquidity crisis? And why is a consumer champion like Vanguard entering the private equity space? Read it here:

Is private equity an accident waiting to happen? 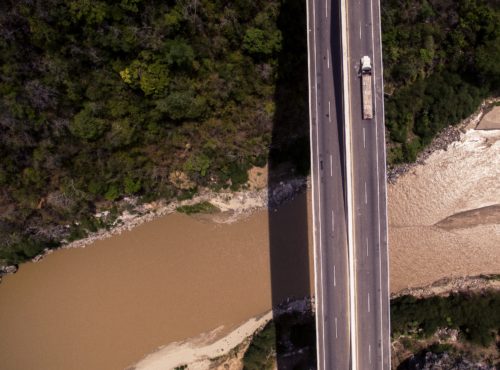 Beware private equity funds that muddy the waters on performance

By PRESTON McSWAIN, from Fiduciary Wealth Partners   We think most anyone would agree that you can’t... 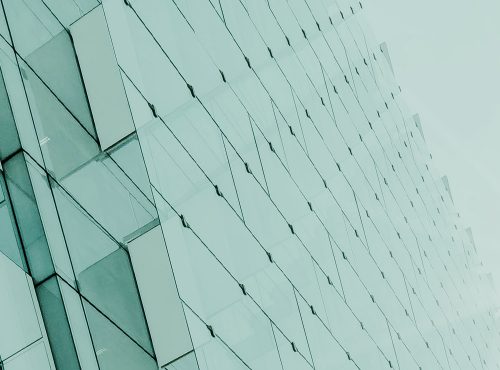 A guest post by PRESTON McSWAIN   Are some investors placing votes in favour of private equity based...

You know you’re getting on in years when even Oxford professors are considerably younger than you are. The...