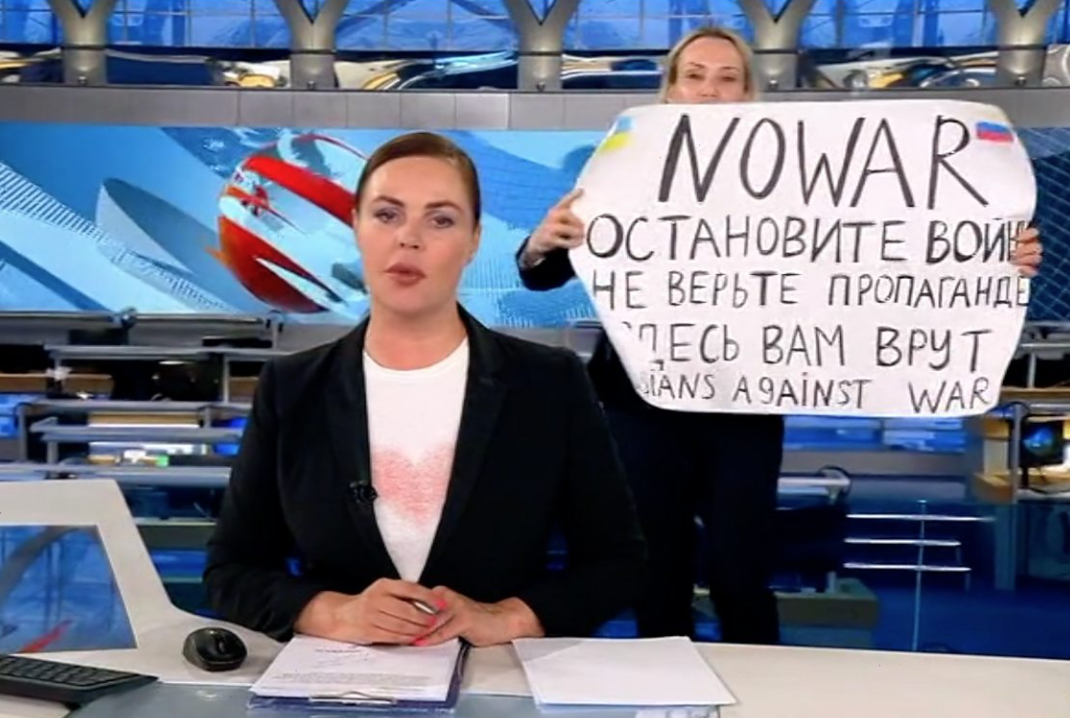 War brings out the worst in us, but also the best.

Every night, on our television screens, we see what happens when evil people decide to inflict misery on their fellow human beings. Yet we also see ordinary men, women and children acting in the most courageous ways.

You can’t help but be moved by the bravery of Marina Ovsyannikova. Marina, an editor at Channel One, burst on to the set of the live broadcast of last night’s news, shouting: “Stop the war. No to war.”

She also held a sign with the message: “Don’t believe the propaganda. They’re lying to you here.”

She is now believed to be in police custody.

“That girl is cool”

Not surprisingly, the protest is all over social media, and Marina Ovsyannikova has rightly worldwide received praise for her actions. A spokesperson for the jailed Russian opposition leader, Alexei Navalny said on Twitter: “Wow, that girl is cool.” Latvia’s foreign minister tweeted: “While there are brave people like Marina Ovsyannikova, protesting against the Russia’s war and propaganda… Russia still has a chance for a better future.”

Indeed, we all owe Ovsyannikova a huge debt of gratitude.

I’m a journalist myself. Of course, our priorities and motivations change throughout our lives, but, for the vast majority of journalists, one of the main reasons for choosing this profession is the potential to make a positive difference. At the risk of sounding pompous, we want to tell the truth.

All of us are tempted

But life is complicated. We have egos and ambitions. We have mortgages to pay and families to support. So we sometimes lose our moral compass. I’ve seen that happen many times in my career in journalism. I’m sad to say as well that I’ve seen it happen in me.

Every day, whatever our job may be, we are all tempted to act in a way our younger selves would be ashamed of.

I can already see, before I even say this, brickbats being hurled in my direction. But I’m going to say it anyway: those same temptations apply in every type of journalism, and particularly the one that I work in.

I’ve written about bias in the financial media many times. It’s a complex issue. To say it all boils down to the fact that financial publications are largely funded by industry advertising is an over-simplification.

There are other factors at play. Financial firms, and fund managers in particular, are very skilled at keeping journalists onside, whether through wining and dining, trips abroad, or financial journalism awards. Many journalists would one day like to work in the industry themselves, as PR or marketing managers. Frankly, who can blame them when the financial rewards on offer are so much greater?

A bigger issue still is that journalists need a story to tell. As the FT’s Robin Wigglesworth explained on a recent episode of The TEBI Podcast, you can’t keep telling people to buy low-cost index funds and forget about it. 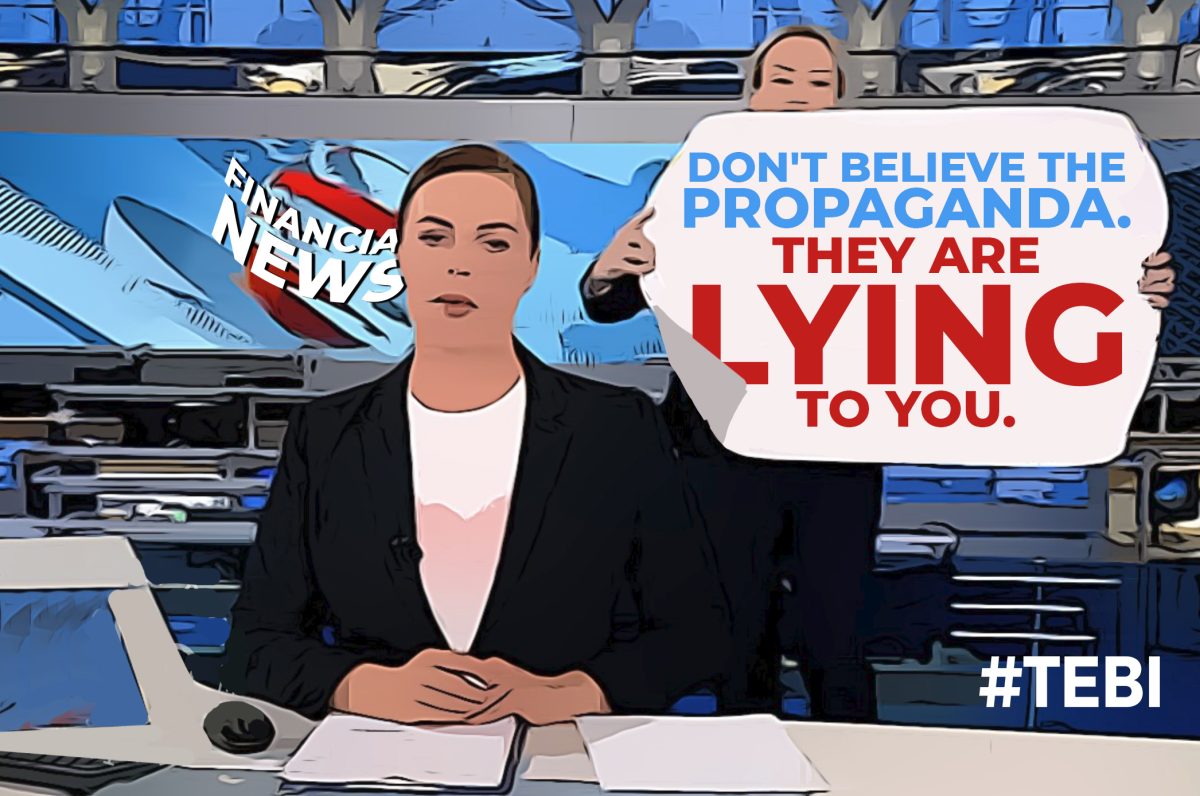 Of course, there is no comparison whatsoever between the harm being inflicted by Vladimir Putin on the people of Ukraine and what the fund industry has been doing all these years.

But the principle is exactly the same: if you control the medium, you control the message. Ultimately, consumers of the media depend on the integrity and professionalism of journalists for the plain, unvarnished truth. Without it, we’re all at risk of becoming zombies.

Huge respect, Marina Ovsyannikova. There’s a job for you here at TEBI when you finally get out of jail.