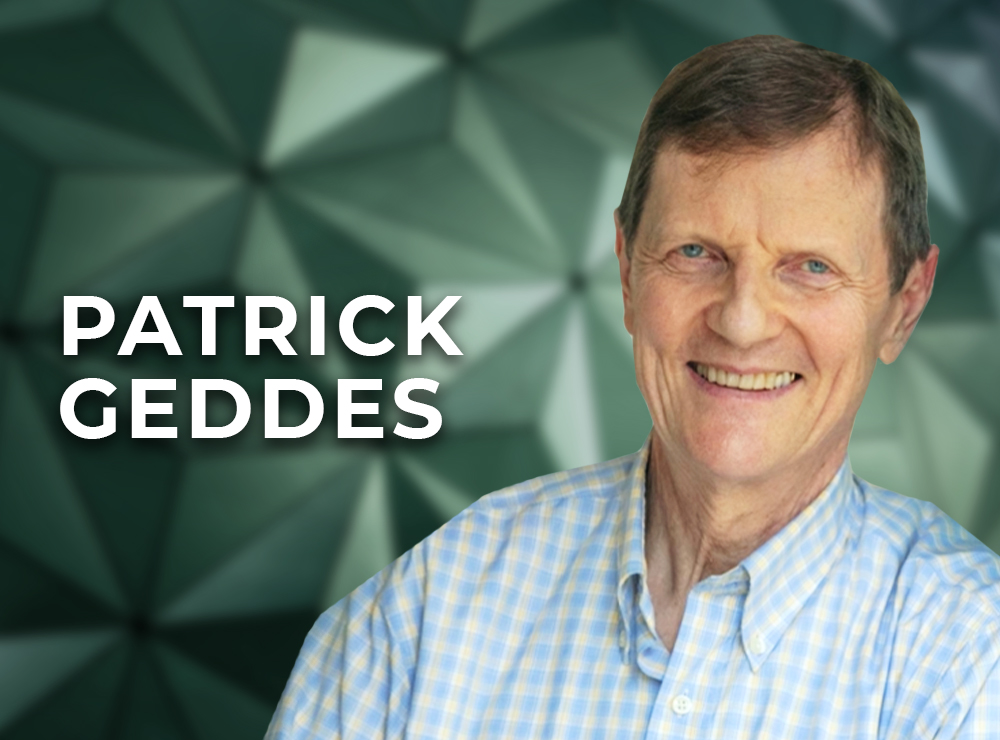 PATRICK GEDDES is one of investing’s good guys. Over the years he became increasingly disillusioned with how the industry always had the upper hand over the consumer, and resolved to do something about it.

“I wanted to work in a place where I didn’t have to lie,” he recalls, “and that meant setting up my own business.”

The result was Aperio, a hugely successful investment management company, based in California. Although the firm has since been sold to BlackRock, its core purpose remains the same — “to take active responsibility for investors’ interests, building client relationships based on transparency and the truth rather than just what benefits our firm.”

In this, the second part of a two-part interview with TEBI founder Robin Powell, Patrick explains his motivations.

RP: Patrick, your book Transparent Investing equips readers with pretty much everything they need to manage their own investments. Are you encouraging people not to use a financial adviser?

PG: That’s not an easy answer, and in fact, it’s funny, because as I was writing the chapter on that, I noticed I became more sympathetic to the industry than I thought I would.

First you need to understand what you need as a consumer. If you think you need someone to pick the stocks or the managers that are going to outperform, you’re in trouble. That’s an unhealthy approach.

You may have a kind of a one-off situation you need help with. Perhaps, for example, you’re going to receive an inheritance and you want to combine that with your existing portfolio. If you can’t figure out how that all ties together, I consider that a very valid reason for seeking outside expertise.

Behavioural coaching is an important aspect of the adviser’s role, isn’t it?

Yes, it is. So as well as your your needs are as a consumer, it all boils down to who are you as an individual.

If you are the kind of investor who never sold out of stocks, and you owned them, say, through the 2008-2009 meltdown, or when the pandemic first shook the financial markets, then OK, you’re a good candidate for managing on your own. You have the mettle to endure and survive without doing anything foolish like selling in a downturn.

You might think you don’t have enough time to mange your portfolio yourself,  but I recommend that people spend about 90 minutes on it every three years or so. You might be thinking it can’t be that simple, but it is actually that simple.

It’s about having self-awareness and an awareness of the industry. If you decide, as an informed consumer, that you just can’t handle this stuff, then go ahead and ask someone. That’s fine. Just do it with open eyes.

My investment philosophy is the same as yours, and I too wrote a book on investing last year. The problem I found was that there are so many other books out there, and most of them try to make investing exciting, which is just what it shouldn’t be!

Yes, the challenge you describe is spot on. It’s very hard to get traction when you’re writing about low-cost, buy-and-hold indexing. So in my book I try to use humour to educate the reader. What I’ve found fascinating is what people have got out of the book. A lot of them have said things like, “Wow,  you’re actually talking about a different belief system!” And I think that’s exactly right. So I’ve tried to make it sort of amusing.

But there’s a serious consumer advocacy side to it as well. I’m saying, “Watch out, because the industry does not have your best interests at heart.” You need to view the research and advice that comes out of the investment Industry as a sales effort. That doesn’t mean it’s all lies, but this industry makes a lot more money on some strategies than it does on others and they’re not neutral about how they steer you.

I basically want people to be more conscious consumers and and pay more attention to where they might be getting manipulated.

I’ve also commissioned some videos to accompany Transparent Investing. I talked to a woman who who read an early copy of the book and she said that she found investing both tedious and anxiety inducing. The idea behind the videos is to make this subject a little less intimidating and a little less boring than many investors find it.

All the proceeds from the book are going to charity. And you’re paying for the video content out of your own pocket. People might wonder what your motivations are?

Yes, all the net proceeds are being donated to a financial literacy non-profit called the Consumer Federation of America, and I’ve already given them an upfront cash donation.

Why? Well, I made a kind of “pact with the universe” a few years ago. My company, Aperio, was doing very well. I basically made a commitment that if the business hit a certain level of success, I needed to make a repayment for the extraordinary generosity pouring all over me. The company did much much better than I would have ever expected. So I see this as a repayment to a very generous universe.

It’s a lovely gesture. Ultimately, though, financial educators like ourselves are up against a hugely powerful industry with hundreds of millions of dollars to spend each year in marketing, aren’t we?

You’re absolutely right. It’s very hard to compete with all that money. How can you take on the industry with all its advertising? I actually wonder what what would happen if fund management companies had to add something like a pharmaceutical disclaimer. In pharmaceutical ads in the United States, you’re required by law to warn people that the product may lead to headaches, stroke or premature death or whatever. What if you were required as an investment advertiser to explain the data on how unlikely active management is to succeed?

But the book and the videos are just something I wanted to do. I’ve had a ridiculously fortunate life. I’ve been married to the same woman for 33 years and I’ve just been incredibly lucky financially. At the end of our lives we’ll take the most pride in the most generous things we’ve done, not the most selfish things. So I view it as deathbed regret minimisation!

The book PATRICK GEDDES has written is called Transparent Investing: How to Play the Stock Market Without Getting Played. You can find out more about it by visiting his website.

Market forecasts: why we just can’t stop ourselves

Marina Ovsyannikova, we salute you

The less you understand, the more you pay