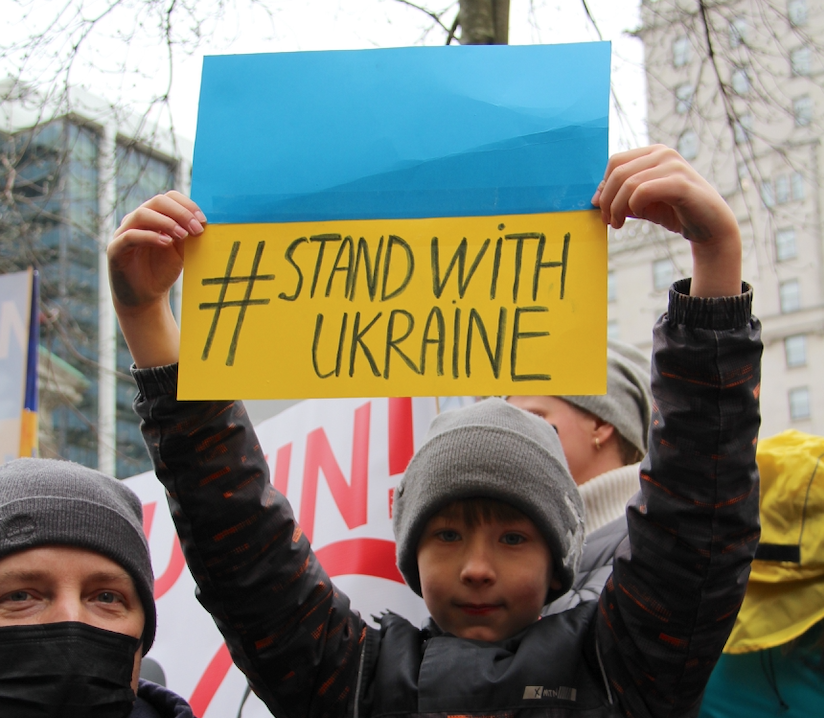 In late 2021, world governments, meeting in Glasgow, reached a deal that for the first time targeted fossil fuels as the key driver of global warming and kept alive the 2015 Paris accord to keep global temperatures from rising beyond 1.5 degrees Celsius above pre-industrial levels.

But less than six months after the COP26 pledge by 197 nations to scale back fossil fuel subsidies as part of their pledge to reach net zero emissions by 2050, the transition from coal, oil and gas toward renewables as energy sources is looking rather more complicated.

Russia’s invasion of the Ukraine and subsequent broad Western sanctions have exposed the world’s increasing reliance on energy exports from Russia, which is one of the world’s top exporters of crude and oil products, producing about 7% of global supply.

Oil prices have soared to as high as $US130 a barrel and higher amid rising questions about how the world will cope without Russian exports. The US government has called on domestic and global producers to ramp up output to compensate for the shortfall.

Meanwhile, seaborne thermal coal prices have rocketed to record highs in recent weeks, in part driven by the Russian invasion of Ukraine, alongside floods in Australia’s eastern seaboard and the possibility of an Indonesian export ban. While the EU is calling for member states to accelerate their transition to renewables, coal consumption is expected to rise in the interim.

The energy crunch also has economic implications for a world only now emerging from the shadow of the pandemic. Higher prices at petrol pumps are a tax on consumption. Combined with rising interest rates to head off spiralling inflation, the oil shock is a blow to confidence.

In the burgeoning market for environmental, social and governance (ESG) investing, the Ukraine war is also posing a challenge for investment managers. In recent years, ESG returns have been buoyed by poor returns from energy stocks and relatively strong returns from high technology companies, which tend to have low carbon footprints.

But those trends have recently gone into reverse as gravity finally catches up with the shares of high-tech growth companies. In the meantime, two of the most underweight sectors in ESG portfolios — energy and defence stocks — have been on a tear.

According to some commentators, the Ukraine war raises questions about whether defence companies should continue to be automatically ruled out of ESG portfolios, given the ‘social good’ of defending democracies against invasions by autocratic states such as Russia.

At the same time, aware of their ESG credibility, many Western brands — including McDonald’s, Coca-Cola, Mastercard, Netflix, the big accounting firms, Ikea, Starbucks and Unilever to name a few — have announced they are boycotting Russia in one form or another.

But even here, the issues around the morality of sustainable finance get complicated. If Russia is increasingly isolated from the world economy and oil and gas prices go through the roof, won’t that help the oligarchs whose fortunes depend on energy prices?

Correspondingly, if Western countries lift drilling to fill the gap left by Russia and thus take the pressure off populations struggling under the yoke of spiralling oil prices, isn’t that a social benefit? How do we balance the sustainability and social imperatives?

As Bloomberg columnist Matt Levine recently pointed out, in moving away from their traditional sole objective of maximising shareholder value, listed companies are now often torn between multiple and often competing goals between what is good for shareholders, for society, for governments, for suppliers, for employees, and for their own brand values.

“Is it good for society to drill more oil to keep oil prices down, or to drill less oil to keep emissions down?” Levine asked rhetorically.

The Russian sanctions have also landed many sustainability funds in a dilemma. According to Bloomberg, ESG funds held at least $8.3 billion in Russian assets before the invasion and two index managers’ funds actually increased their holdings before the invasion.

Some of these managers — paid to minimise tracking error to a commercial benchmark — were caught short by the recent decision of MSCI to cut Russian equities from their widely tracked gauge of emerging markets and are now left with assets they cannot dispose of.

To summarise, the road to net zero just became a lot more complicated as the world juggles the imperatives of keeping the power on, managing a massive energy transition and dealing with a rogue, nuclear-armed former superpower threatening to trash the international order.

Nobody said this was going to be easy.

Why the S in ESG is no longer silent

Carbon beta: what it is and why it’s useful

Does investing in sin stocks deliver a return premium?

If you would like to find out more, why not visit the Regis Media website and YouTube channel? If you have any specific enquiries, email Robin Powell, who will be happy to help you.