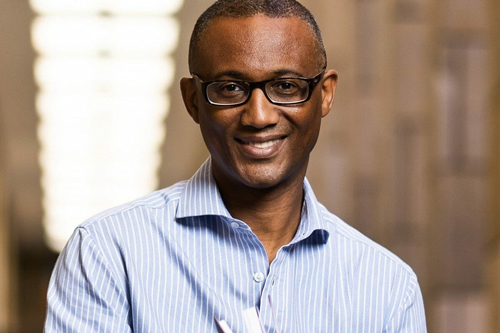 Herman Brodie is a specialist expert in behavioural economics. Formerly an algorithmic trader for an investment bank, he became fascinated by the predictable aspects of human behaviour and how that affects investing and the markets.

Herman has written a book with Klaus Harnack called The Trust Mandate, which despite being aimed at asset managers, contains a very useful and interesting analysis about what it is that makes us trust people or not.

In the second part of a two-part interview, Herman talks about how human preferences can make us bad investors, and how we can combat these to make better investment decisions.

What do we mean when we talk about behavioural finance?

Well, it’s basically just an attempt by economists to introduce some realism into the discipline.  All economic models have had to make assumptions about the economic agent: the consumer, the investor, the saver, the asset allocator. These are all individuals in real life, and they’ve sometimes had their human characteristics glossed over in order to make mathematical models in economics.

You need mathematical models if you want to make testable predictions, but it’s very difficult to describe all of the intricacies of a human being in a mathematical formula. As a result, we’ve had to make some simplifications, and so the economic agents in these models end up bearing no resemblance at all to any human being that you or I would recognise.

But over the last 40 years or so, scientists have learned an awful lot about human decision-making and human preferences, and have been able to categorise them in a scientific manner. This means they can reintegrate the human being into a mathematical model and still allow predictions to be made and forecasts that can be tested.  So it’s just about integrating what has been learned about human psychology over the last 40 years or so in order to improve our economic forecasts.

What are some of the behaviours or biases humans typically have which can make us bad investors?

I like to think about human preferences rather than biases. The word bias suggests something bad or wrong. If we do anything as human beings, if we have any preferences or any tendencies, it’s because it’s proven useful at some point over our evolutionary history.  We are the survivors, so obviously, they cannot be bad things. They might not be optimal for our investing, but they’re part of our DNA.

I think one of the behaviours that we exhibit, which I think is the most widespread and possibly the most damaging, is one called the disposition effect. This is the tendency that we have after we’ve made gains to want to quickly realise those gains, to take that profit and run. But conversely, after we’ve experienced losses, we tend to adopt a much more generous attitude to risk. We’re more willing to gamble in the hope that we can make those losses back. This is a very robust characteristic of human behaviour.  I suffer from it, you do, everybody does, to a certain extent — even professionals. So being a professional investor does not free you entirely from this disposition effect.

It’s also very predictable. It manifests itself on a broader level, at a market level, and so we can anticipate this and take advantage of it in the marketplace.  It explains the existence of price momentum in the market, and it explains investor preferences for securities and for strategies that have a particular returns distribution, so it’s very, very widespread. Taking excessive risks trying to make money back after losses is probably also responsible for some of the greatest disasters in the whole of financial history. 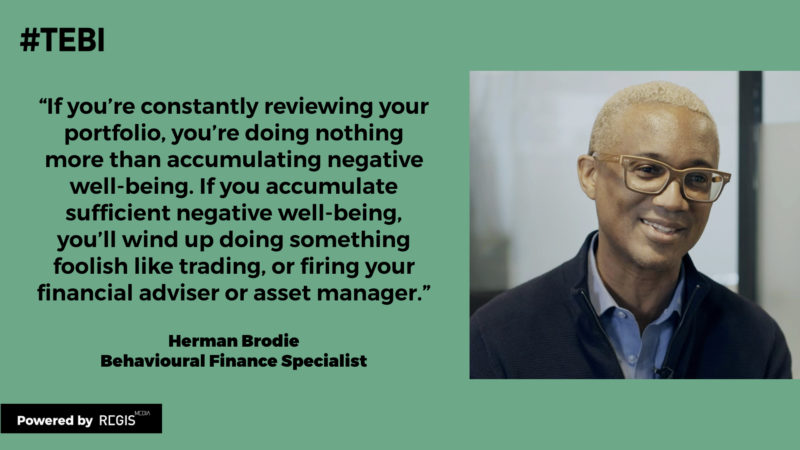 How can people make better decisions when it comes to their money?

I think the most important thing is to have a plan. It’s better if that plan is evidence-based, as well as being serious and credible, but the difficulty that we have as human beings is to stick to that plan. Sometimes we’re very good at making plans, but we’re very bad at adhering to them.

We’re very bad at predicting how we’re going to behave in the future, and that’s one of the reasons why I liked algorithmic trading earlier in my career. It was nothing more than a plan for what I was going to do, irrespective of any future eventuality.  I knew exactly how the algorithmic model was going to react, and for many people it is a big advantage to have something that separates them from the sharp end of financial markets.

I think this is where a good financial adviser actually plays a crucial role, separating the fallible human being from the sharp end of financial markets.  I’ve already mentioned the disposition effect, which means that when we’re winning we’re tempted to want to take profits, but when we lose money, we try to gamble in order to get out of it. The preference is probably caused by our exaggerated dislike of losses.  It’s estimated that the average person perceives losses with double the intensity of gains of the same monetary value. So imagine that you’re looking at prices very frequently, let’s say, you look at your portfolio every hour. Prices go up, and you like that, but then they go back to where they were before, and you actually feel that with double the initial intensity than the original up move.

When you keep looking every hour, though, it’s pretty much random whether prices are up or down.  So by constantly reviewing your portfolio, you’re doing nothing more than accumulating negative well-being. If you accumulate sufficient negative well-being, you’ll wind up doing something foolish like trading, or firing your financial adviser or asset manager. None of these things are useful; they just take you away from your objectives. So it’s good to have something, or somebody, to separate you from the sharp end of financial markets and essentially liberate you from some of your self-destructive tendencies. So, you must have a plan, but you also must have a plan to stick to that plan!

How would you advise someone who is trying to find a thoroughly trustworthy adviser to work with? What are the sorts of questions you should ask them?

That varies from individual to individual. The problem with the two trust evaluations I talk about in my book, The Trust Mandate,  is that our judgement on an individual’s competency is conscious, whilst the judgement we make on their benevolence is largely non-conscious. Everyone makes the competence judgement in the same way, but the things that I might be sensitive to non-consciously as an indicator of trust could be different from the ones that you are sensitive to. So, you and I could go and meet somebody, and at the end of that initial encounter I could think, “I like that guy, I think I can get on with him, I think that’s somebody that I’m going to be able to trust,” and you may, nevertheless, still feel wary about him. It’s exactly the same person.

With the conscious part of that evaluation, in terms of the skills and the training, the fiduciary responsibilities that the adviser takes onboard — on paper, in other words — that adviser might tick all the boxes. But whether you’re going to perceive that person as benevolent or not is largely non-conscious. I cannot tell you how you’re going to feel about somebody, you just have to let your feelings take control. For advisers to deliver a great service they need know about their clients´ true situation and their genuine goals. If you feel that you can trust your adviser enough to be honest with that person and the numbers are there, then it should be quite reasonable to go with that adviser, and you could be quite happy in the end.

You’ll get all the advantages that come from a trusting relationship, such as reduced anxiety and the ability to be open with that person.  But we all feel comfortable being open with different kinds of people, and as a consequence you just have to go with your gut. There is no secret formula to identifying benevolence. Everybody sees benevolence in a slightly different place.

This is Part 2 of a two-part interview. In Part 1, Herman Brodie talks in more detail about trust, and the importance of understanding why you might trust one person over another. 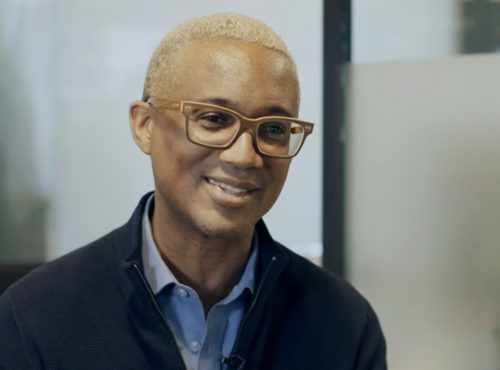 Why trust in financial services is so vital — Herman Brodie

There are few people more aware of the importance of trust in financial services than Herman Brodie....

Most of us realise that worrying is irrational and counter-productive. Yet we can’t seem to stop ourselves, and... 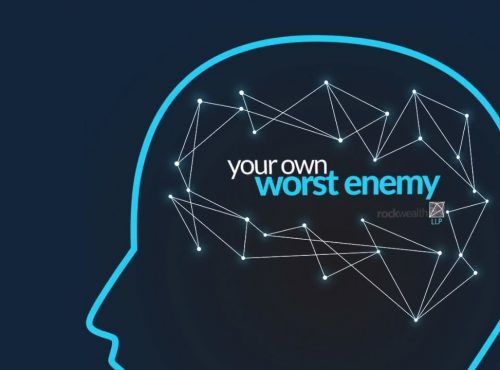 The costliest bias of all

Human beings are not cut out to be good investors. We just aren’t. We’re hard wired to...