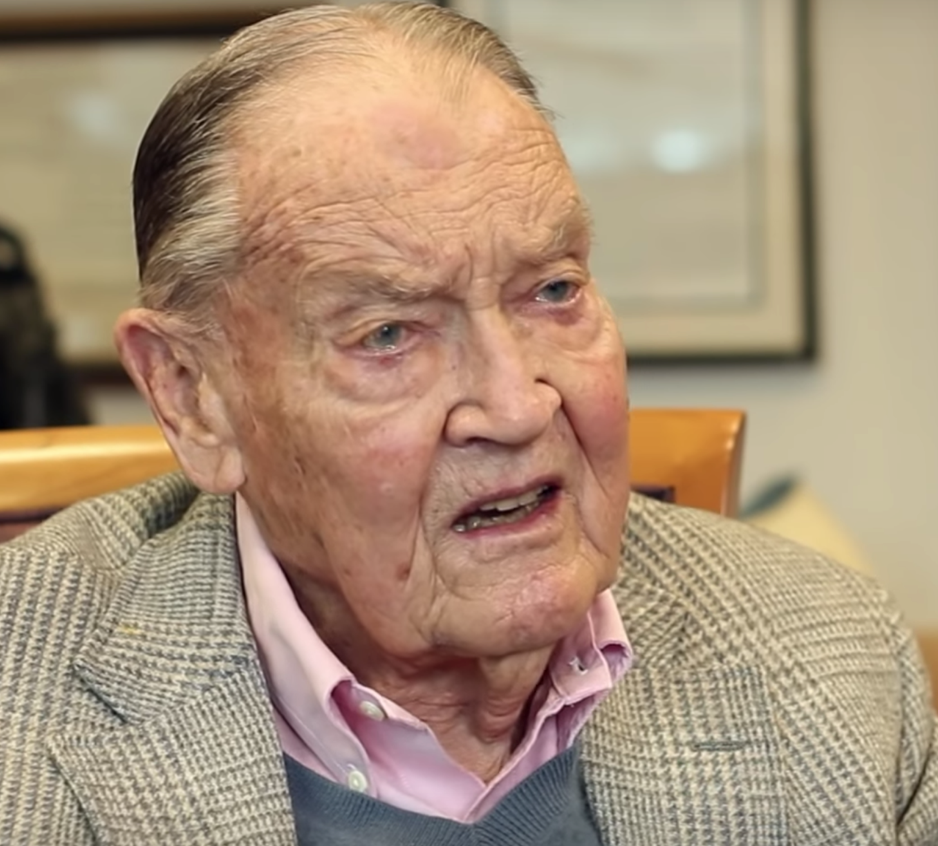 When punk rock arrived in New York and London in the mid-1970s, the prime movers talked of stripping away the bloated excesses of the stadium bands that had come before and reducing rock music to its essentials. As a new book on Bogle’s legacy explains, it was around this same time that index fund pioneer Jack Bogle played a very similar role in the fund management industry.

It’s hard to think of two different figures than Jack Bogle and Joey Ramone. But the fund management disruptor and the punk rock iconoclast both believed in the need for a purer, less ornate delivery of the service industries they occupied.

For Ramone and his eponymous band of leather jacket-wearing New York punks, it was about performing rock’n’roll songs they way they used to be played — in three-minute bursts with minimal instrumentation and simple time signatures, not as 20-minute, pompous song suites in 7/4 by long-haired hippie millionaires in kaftans accompanied by symphony orchestras.

Around this time in 1975, Jack Bogle was seeing excesses of similar scale in the fund management industry where the major players got rich at the expense of the investors, charging high fees and paying exorbitant salaries to “star” managers for delivering what the market would give you anyway.

This story of Bogle setting up a fund management firm designed to make money for its investors, not from them, is well-known. After all, much was written about Vanguard’s history when Bogle died in 2019, aged 89.

But in a new book on Bogle’s legacy, The Bogle Effect: How John Bogle and Vanguard Turned Wall Street Inside Out and Saved Investors Trillions, Bloomberg ETF analyst Eric Balchunas takes it further and shows with great clarity just how radical this famously single-minded figure was.

“For many, even those of us inside the industry, it was easy to miss the punk-rockery of Bogle, because although his words and ideas were explosive, he looked so grandfatherly and folksy,” Balchunas writes.

“He was just such a colourful character in an old-school way, and deep down his competitors actually liked being pushed to align more with the investor. Bogle almost single-handedly increased the amount of ‘I’m doing good for my clients’ sentiment in the financial industry.”

As a writer who has charted the explosion of exchange-traded funds in recent years and who interviewed Bogle on several occasions, Balchunas is in a good position to provide a more rounded and fleshed-out story that takes into account the ongoing legacy of his subject.

As he says, this is not meant to be a biography, a text-book or a how-to guide to investing. There are plenty of volumes that play that role. What The Bogle Effect reads like is a really immersive documentary, with commentary along the way from many people in finance who knew him, cross swords with him or were influenced by him along the way.

So what is Bogle’s legacy?

But there is no doubting Bogle’s legacy. Vanguard is now the world’s second largest fund manager, after BlackRock, with more than $US8 trillion in assets — more than a quarter of assets in the entire fund management industry. Yet, for all that, it accounts for only 5% of the revenue, a consequence of its ever-decreasing fees and radical ownership structure.

In an industry where billionaires are a dime a dozen, Jack Bogle was a relative pauper, dying with a net worth of only $80 million. When he retired in 1996, he just kept living simply, writing books and doing lectures.

But as Balchunas writes, Bogle was not primarily motivated by getting rich. He was on a mission and remained so until the day he died —  telling people to select low-cost funds, to avoid chasing past performance, to beware of star managers, to focus on what you can control and to buy-and-hold.

“Here’s a guy who created the biggest fund company the world has ever seen, and yet he himself wouldn’t even rank in the top one thousand richest people in finance. It defies logic and all the laws of Wall Street physics,” Balchunas writes.

That punk rock effect — removing flamboyant excess and stripping everything back to the essentials — only looks likely to continue as fees are crunched ever lower and public suspicions of self-serving claims to “alpha-generation” ratchet ever higher.

“Bogle’s story may seem like ancient history, or like it lacks a dramatic arc, yet it’s about what’s to come in finance — a future full of conflict and consequence,” the author wrote recently in an article.

“He was so hardcore that his dream remains far from complete. For Vanguard, success meant forcing other money managers to follow its lead in cutting costs and putting customers’ interests first.”

That, in a nutshell, is Bogle’s legacy. We’re living in the new world that he created.

The Bogle Effect by Eric Balchunas is published by Penguin Random House.

Investing vs spending: a question of balance

The odds and the gods: the origins of risk management