There’s never been a better time to be an investor. Fees are coming down all the time. In most cases, the fee reductions are on passively managed funds, which were relatively very cheap already. But occasionally, thanks largely to competition from passive funds, the industry’s cutting the cost of active investing too.

Today, for example, the German fund company Allianz Global Investors has announced the launch of a number of funds that will only charge investors a management fee if they beat their benchmarks.

AllianzGI isn’t the first to go down the route of performance-based fees. For example, New York City-based Alliance Bernstein and Orbis Investments in the UK have also agreed to waive their fees if they don’t beat the market (which is, let’s remember, the only logical reason for using actively managed funds in the first place).

But does that make investing in these funds a good idea? The answer, sadly, is no, it doesn’t, for two main reasons. 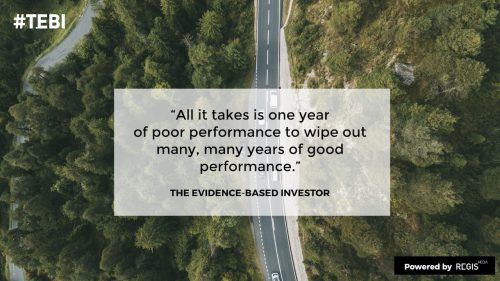 The first reason is that the annual management charge is only part of what the consumer actually pays. When the cost of transactions and all the other fees and other charges (many of them quite opaque) are added up, the total often comes to more than double the AMC. I may be wrong, but I’m not aware, as yet, of a fund that has offered to absorb theses additional fees and charges when they fail to outperform.

But there is another, more fundamental reason why the only-pay-if-we-actually-do-our-job fee model falls down. Simply put, these new AllianzGI funds might not be charging a management fee if they underperform the index, but nor will they reimburse the returns investors would have enjoyed if they’d simply used a low-cost index fund instead.

Investors are bombarded with the message in the media that if they want to beat the index they have to use an active fund. But the carrot the industry dangles before their eyes is not outperformance, but merely the possibility of outperformance. The evidence clearly shows that, over long periods, around 99% of funds will underperform the index after costs.

All it takes is one year of poor performance to wipe out many, many years of good performance; think, for example, of Crispin Odey who, in a year when it was hard not to produce a positive return on the financial markets, somehow managed to lose his investors half their money in 2016.

Instead of the possibility of outperformance, active investors need to focus on the overwhelming likelihood of underperformance. Over time, they’re paying a huge price for that — even if the manager is generous enough to waive their fee when they cock it up.