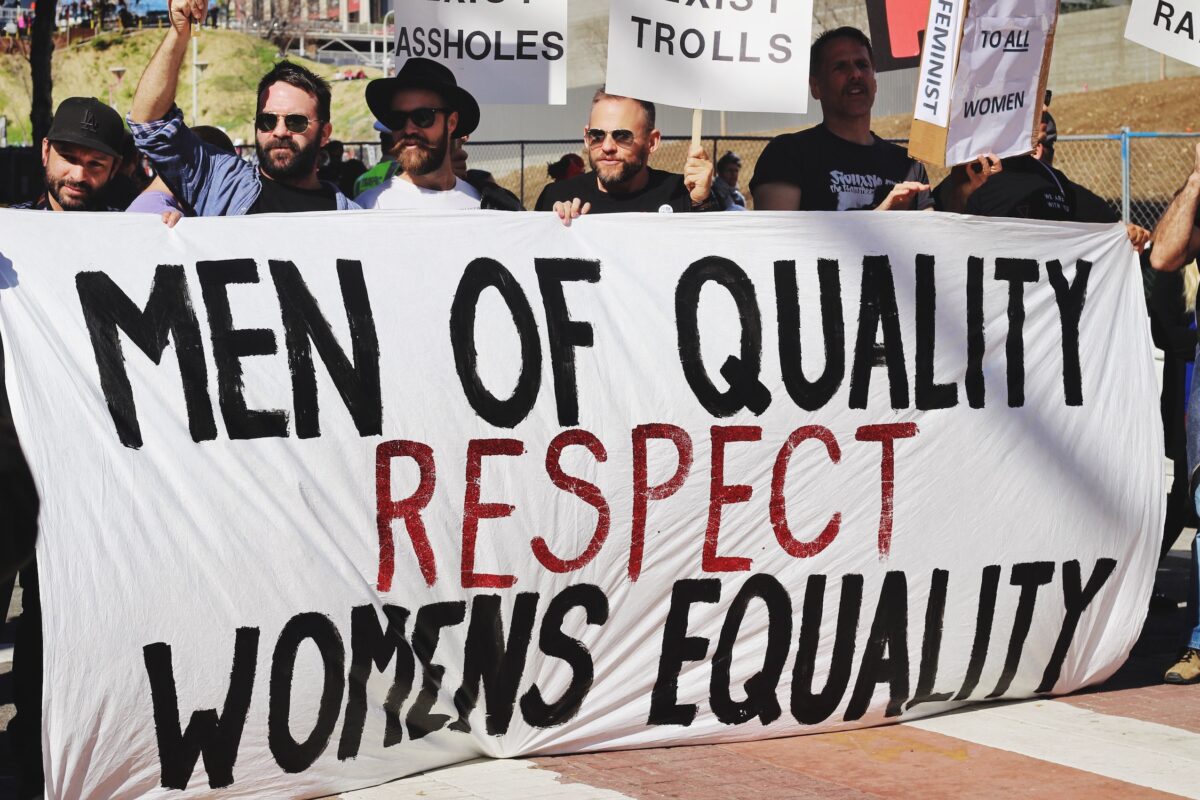 It’s the single biggest gap in wealth management. And it involves half the world’s population. 50 years since the feminist revolution of the 1970s, the gender gap in wealth, while narrower than it was, remains embarrassingly wide. Women are seeking greater autonomy and financial independence, but are still reluctant to seek advice. What can be done?

The economic impact of the pandemic has been uneven. While people who were able to work from home barely noticed a difference, those in frontline service occupations often did not have that choice. Most of those people, as it turned out, were women.

In a demographic analysis of essential services workers, the US Economic Policy Institute found women make up the majority in areas such as health care (76%) and government and community-based services (91%). These were precisely the sectors on the frontline of the pandemic.

While men still dominate other essential industries — the energy sector, waste and water management, and critical manufacturing, for example — the overall number of workers in those sectors pales in comparison with mostly low-wage social services.

For women, not having the choice to work from home has compounded issues with childcare, leaving many digging even deeper to ensure children were adequately cared for, either by taking on a second job or by stopping working altogether.

This is a familiar story. The pandemic’s uneven occupational consequences come on top of research showing women still lagging on many prime measures of wealth — in terms of pay, job seniority, property ownership, pensions and managed investments. And this is even before we take into account the disproportionate time and emotional effort that women expend in looking after children and elderly parents, work that more often than not goes unpaid. Add to that the toll of divorce.

Obviously, there are significant disparities in gender inequality from country to country. But the most comprehensive measure is the Global Gender Gap index, published each year by the World Economic Forum. In 2021, the index benchmarked 156 countries covering the dimensions of economic participation and opportunity, educational attainment, health and survival, and political empowerment.

Each component is graded between zero and 100, which measures the distance to gender parity. While progress is being made in many areas, the economic gap is still large. In 2021 it was measured at 58%, a marginal improvement from last year. But the survey’s authors say at this pace, the gap will take another 267 years to close.

“The slow progress… is the result of two opposing trends,” the authors say. “On one hand, the proportion of women among skilled professionals continues to increase, as does progress towards wage equality, albeit at a slower pace. On the other hand, overall income disparities are still only part-way towards being bridged and there is a persistent lack of women in leadership positions.”

The top ten countries for closing the gender gap including many of the Scandinavian nations, New Zealand, Ireland, Switzerland, Namibia, Rwanda and Lithuania. By comparison, the UK is in 23rd position and the US in 30th. Australia was an outlier among developed economies, languishing in 50th position.

The economic gender gap is evident across a range of variables. Women still tend to earn less than men, they are under-represented in senior positions, they are less likely than men to own land and productive assets, and their retirement balances tend to be lower than men’s because of years out of the workforce or in part-time work.

Interrupted careers and early withdrawal from the labour force result in lower lifetime earnings and a larger gap in pension pots between genders. In the UK, research released in July by Legal & General found the gender pension gap is 17% at the start of women’s careers and reaches 56% by retirement. In Australia, KPMG estimated the gender pension gap at retirement at up to 35%.

The critical role of financial advice

Critical to bridging this chasm and the other gender-related disparities is access to good financial advice. But again, the evidence shows women are less likely to seek out a financial planner, often arguing that they don’t feel wealthy enough or perceiving a financial plan as something geared more toward men.

Given that women tend to outlive men and frequently are left with critical decisions over estate management this reluctance to seek out advice can be a real issue. It is even more mystifying given the evidence that women often make better investors.

Fortunately, advice firms are increasingly taking the gender wealth disparity seriously, by pitching their services directly to women, engaging across gender lines more effectively and showing how they can add value across a range of measures – such as taking account of women’s different financial roadmaps.

At the same time, there are increasingly visible women financial commentators, who both understand the particular issues that women face and who provide a much needed counterpoint to the male-dominated, stock-picking investment community.

Amid these developments, some women are growing more assertive about taking the initiative on retirement planning. In the UK, the Embark Investor Confidence Barometer in October found increasing confidence among women about investing and seeking out advice, although this is so far confined to wealthier cohorts.

The economic gender gap is clearly going to take a while to close yet, but surely we don’t have to wait until 2288?

New evidence on recency bias in trading and sports betting

Do men and women invest differently?

How will the rise of ESG affect stock returns?