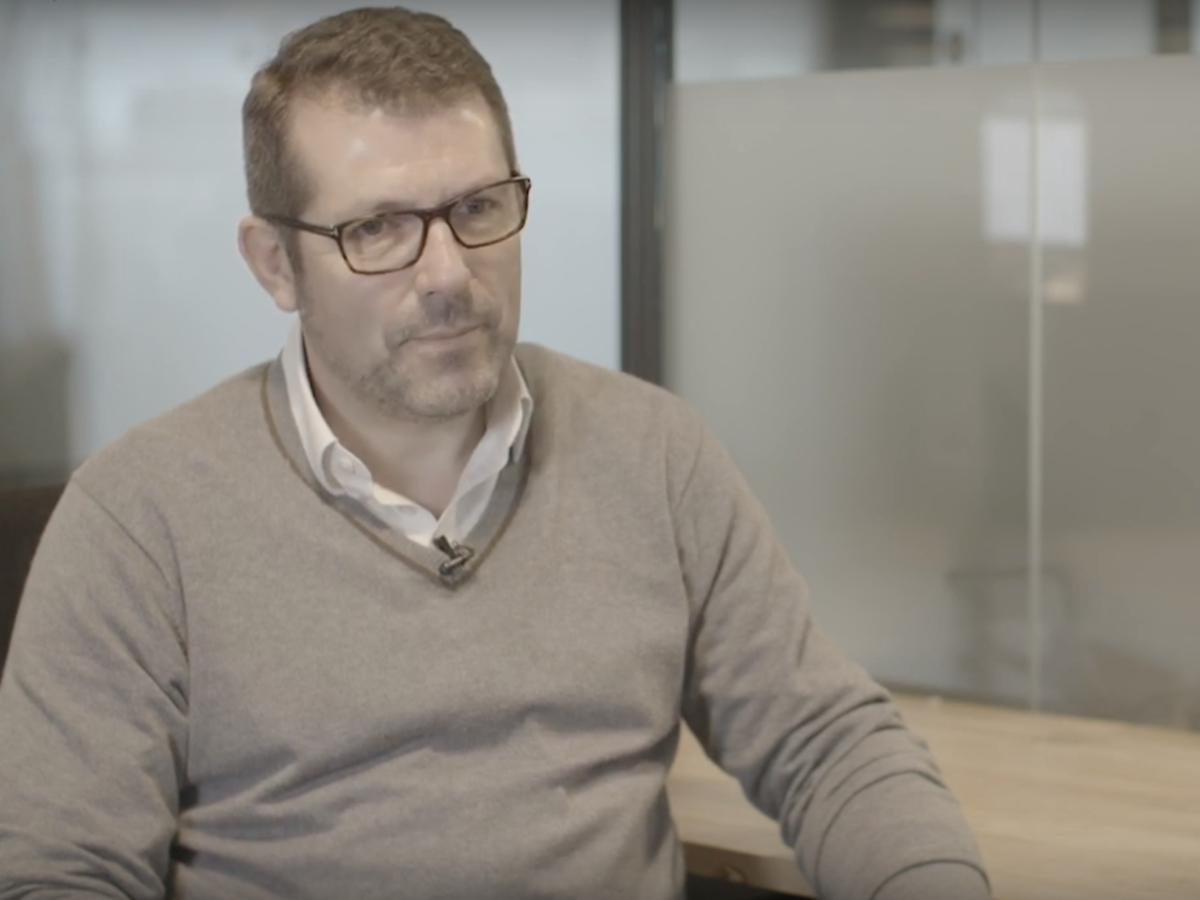 Few people have done more to raise awareness of the cost of investing than CHRIS SIER. A trained statistician and former Edinburgh policeman, he’s spent more than a decade trying to calculate how much investors pay in fees and charges.

He’s already shown how the true amount is typically two or three times the explicit cost. But such is the complexity of the asset management industry and the different layers of intermediation involved that he’s still trying to calculate the exact figures.

In the first part of a three-part interview, Chris talks about his background and explains why it’s become his mission to get to the bottom of how much investors really pay.

Chris, tell us about your background and how you first became interested in the cost of investing.

I’ve actually got a lot of history in the world of asset management. My father was a fund manager, and then a pension fund manager, for his whole career.

I did my degree, my PhD, and then ended up in the police with a kind of strong vocational mindset. It started me asking questions about what is the value of the job you do. And it really came home to me when I left the police after seven years and came to the City of London.

My first job was as a derivatives analyst, and my salary doubled overnight for a fraction of the responsibility and I couldn’t get it! As a police officer, you’re dealing with people’s lives, you’re dealing with some really horrible things, and seeing some terrible things, and you have to bear the emotional burden of those, and you get paid a very small amount of money. Then I came to the City, and I had no line responsibility, no people to look after, no people to care about and was just fiddling with numbers, and my salary nearly doubled overnight.

What did you discover when you started to look into how much consumers actually pay to invest in different products?

The kind of quantitative part of this started when I had been in the City for a number of years. I’d been a management consultant: my job had been to work with asset managers to help them put their operations together. In industry jargon, I had been part of the process of manufacturing funds. I knew how funds were manufactured, but I’d never thought about the other part of the equation, which is how they reach the consumer.

Then I moved into this quasi-governmental role, and the question which I asked myself was, How much does it cost the consumer to invest? And I did a project, back in 2008. I wrote a report for the Government Office for Science and it was distributed to the Treasury, and to the FSA at the time. It concluded that, when one looked in the round, the cost of investing in just a simple simple retail financial product, was some two or three times what the consumer was told when they bought it.

So bluntly speaking, the annual management charge was 1%, but if you added up all the costs of all the intermediaries, I reached the conclusion that it could be 3 to 4%. And so the purchasing decision that the consumer made was based upon only a third of the information they needed to make an adequate judgment. And I felt this was wrong. I don’t think there is a single purchasing decision that we make in real life that happens without us first turning the tab over and looking at the price. Yet you can’t do that for a financial product; and I mean that for most financial products, but I definitely mean it for fund management.

Explain in simple terms the different layers of intermediation involved in asset management.

The other thing we did for the project I mentioned just now was that we calculated the layers of intermediaries there were between the consumer and the marketplace, and we counted 16 layers of intermediation. There are a whole bunch of things that the consumer won’t recognise. They recognise a fund manager, or maybe if they don’t recognise the fund manager, they’ll recognise the platform or the distributor. Or in the pension fund world, they’ll recognise their pension fund provider. But they probably don’t know about things like custodians and brokers and transfer agents and all of these many, many intermediaries that exist in the process that actually, every time the money touches them and passes through their hands, they get paid for.

Now I’m not saying that that’s wrong for people to get paid. But what I am saying is that the industry could be so much more efficient. Every layer of intermediation that sits in that journey takes some money, and the classic issue is that someone invents a new way of doing something and slips themselves between two layers of intermediation. Let’s say a new piece of regulatory policy requires people to check data between themselves, and a company springs up that that helps to do that. When they slip into that process, they add a layer of cost. The people on either side of that organisation, on either side of that extra layer, will say, “Well, actually, our costs have gone up because we have to pay this organisation, so therefore we have to charge more.” And because they charge more, the other people adjacent to them, either side of them, go: “Actually, our costs have gone up because we now pay you more, so our charges have to go up.” And so what happens is, the industry just gets bigger and bigger and bigger, until you reach a point where the cost goes up for the consumer.

So what we’ve built up over time is an industry that is immensely complex —16 layers for a simple equity ISA at the time (there are more now). Think about it from the point of view of a pension fund where you have lots and lots of different products. And they’re not all equities. Some are fixed income, some are property, some are private equity, some are hedge funds. And that complexity needs to be managed by lots of other layers of intermediation. So you end up with something that you cannot describe the complexity or cost of. But it exists. And the point is, how do you sort it out?

How has this situation has been allowed to develop? Has there been an element of deception or conspiracy? Or has it just been down to incentives and human nature?

But we’ve already pointed out that everything is funded by the consumer. What I think needs to happen to sort it out is a recognition that all of the organisations in the middle ultimately report to the consumer. It’s when you recognise that that you start to do things for the consumer, not for the companies that sit alongside you.

So, is there any kind of conspiracy? No, I don’t think so. Has it built up over time just because people keep doing extra things to be helpful for their clients? Yes. Is there an inertia that stops it from being sorted out? Well, yes. Because you make money if you sit in the middle. If the whole thing is sorted out end-to-end, then you’re gone, right? So where’s the incentive to sort it out? Everyone’s really comfortable at the moment. Everybody makes lots of money. No one recognises the impact of that, other than the fact that they have a viable company that pays their employees well and pays tax.

But what people don’t recognise is that every layer of cost impacts the performance of the assets held by the consumer, and so we need either someone or something, some entity, to take responsibility for that journey and the significant economic impact that a poor performing pension environment has on the UK economy at the level of the consumer.

That’s interesting, because we’re often told how crucial the financial sector is to the UK economy. We don’t hear about the harm it does.

All the intermediaries pay tax. The government loves tax, and it’s easy to tax individuals who earn lots of money. But the journey impacts the consumer, not just wealthy people. It impacts everybody in that process. And it’s much harder and less tangible to deal with a 47-year-outcome than it is to deal with tax next year from a wealthy person who works in the middle office of an asset manager.

So, it’s a really, really tough thing to sort out. I’m not sure I have the answers. What I know is that, if we can express clearly how much it costs end-to-end, we can demonstrate to people just how much impact they have on the consumer and that’s kind of my goal. Only then can we make some decisions about what we do about it.

Next time: In Part 2 of this interview, Chris Sier explains what investors can learn from the work that he’s done.