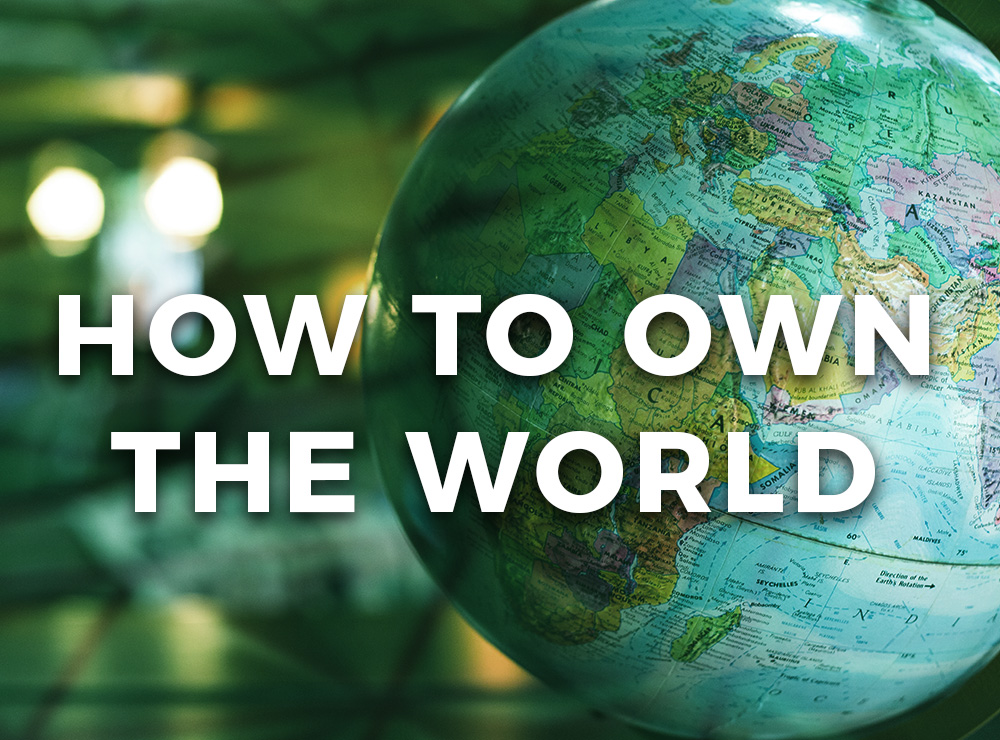 In the fourth of our articles serialising ANDREW CRAIG’s book How to Own the World: A Plain English Guide to Thinking Globally and Investing Wisely, Andrew covers what we all need to know about inflation.

Since the early 1970s central banks all over the world have been printing money at a faster and faster rate. Or, to put it more accurately, they have been inventing money rather than printing it. They don’t physically print much of it these days but simply add some zeroes to accounts in a central computer. The sheer scale of the acceleration in recent years is extraordinary.

Stop and think for a moment about the prices of the most important things you need to buy, and compare them to what they cost ten years ago, or even when you were a child. If you really think about it, nearly everything you need to buy has gone up in price significantly.

This is inflation at work. Many people think that they understand inflation. I would argue that the reality is that most people have only a vague idea of its existence, and they absolutely don’t ‘get’ its sheer magnitude and what it means for their long-term financial situation.

This is extremely bad news for most people but relatively good news for the small minority who do understand. The value (purchasing power) of one pound or one dollar has fallen by around 90 per cent since 1971. Worse, this negative trend in the value of money is accelerating thanks to the actions of politicians and central banks all over the world as they continue to invent large amounts of new money out of thin air. In the UK and the USA, this is called quantitative easing (QE).

But what is inflation?

“But inflation is still really quite low – 2 per cent or something, isn’t it?” I hear you say.

Yes, but what is ‘inflation’ as reported by governments? Here is a little story that may help explain why official government inflation numbers are of very little use to us. Understanding this is incredibly important for your financial future.

In the 1980s, the British government changed the definition of “unemployment” on numerous occasions. Each time it changed, the unemployment number “fell”. It is not hard to argue that all that was going on here was that people we would most likely understand to be “unemployed”, such as adults who didn’t have a job and wanted one, were no longer defined that way and so dropped out of the numbers.

Some were reclassified as “disabled” (those earning disability benefits) – now a huge number in the UK – while others were said to be on a “youth training scheme” or reclassified in any number of dubious ways to take them off the headline unemployment numbers discussed in the media.

At the time that I wrote the first edition of this book, the UK had about 2.7 million “unemployed” (happily, this number has fallen a long way since then). But there continue to be another several million who do not have a job but are classified differently to keep them out of the headline unemployment numbers.

Unemployment? I thought we were talking about inflation!

‘Why is this relevant to inflation?’ I hear you ask.

The answer is that governments all over the world have been playing the same trick – or worse – with their inflation calculations. The US authorities made the biggest change to the calculation in 1996 when President Clinton implemented adjustments recommended by something called the Boskin Commission. If the pre-1996 method was still being used, US and UK inflation today would be closer to 10 per cent.

I cannot stress enough how important it is to understand this reality. In my experience, almost no one does. Or, at the very least, they do not understand the scale of the problem. I have been constantly amazed by the complete ignorance of the facts among members of the general population and investment professionals alike. Few journalists seem to understand what is actually going on; nor do virtually any of the people I have worked with in the City, many of whom are analysts and economists at major investment firms. As a result, understanding why today’s inflation numbers are essentially a fiction may give you an investing advantage.

‘Trickery and treachery are the practices of fools that have not the wits enough to be honest.’
– Benjamin Frankin

There are three particularly dubious ways in which governments ensure that inflation numbers end up always being lower than the true increase in your cost of living (so you think you are wealthier than you actually are and they get to pay out less in social security, given that this is linked to the ‘official’ inflation numbers). These dubious mechanisms are called ‘substitution’, ‘geometric weighting’ and ‘hedonic adjustment’. Let’s look at each in turn:

Substitution is very simply when the statisticians replace something that is going up in cost a great deal with something that isn’t. For example, they might replace cod that has doubled in price with farmed salmon that may even have become cheaper. The cod is still twice the price but the inflation number hasn’t budged. As you can imagine, this is an easy game to play. You might replace fillet steak with hamburgers or even, as one gnarly old economist has joked, dog food, in the fullness of time.

Geometric weighting is where the authorities include something that has gone up in price a lot as an inappropriately low percentage of the calculation. For example, the healthcare sector represents just over 17 per cent of the US economy but it makes up only 6 per cent of the US inflation calculation. Healthcare inflation has been notoriously high in recent years given the ageing population’s demand for it (running in the double digits), but it hasn’t had anything like the impact on inflation numbers it arguably should have done, as the authorities have just made it an inappropriately small percentage of the calculation.


Hedonic adjustment is, in my opinion, even more gratuitous than the last two. This is when an item is reduced in price for the purposes of the inflation calculation because the authorities argue (subjectively) that you’re getting more for your money and you are therefore effectively paying less. Let’s say that last year a 50-inch television from Sony or Samsung cost £1,000. This year there is a new 50-inch television that has a slightly better screen and improved functionality and still costs £1,000. The statisticians will then say that the TV is, say, 20 per cent better than last year’s TV and adjust its price in the inflation calculation from £1,000 down to £800. The TV actually still costs £1,000, but they have included it in the calculation at £800. This trick is used to adjust the price of nearly half of all the products that go into the inflation calculation.

I am not making this up. This is not a conspiracy theory. This information is all widely available online if you “read the small print”, as it were – it’s just that a significant majority of our journalists and financial professionals don’t.

I want to note that the actions of many governments in recent years have led to a situation where we are in the throes of significant monetary inflation. And when there is significant inflation, the value of cash falls as the price of ‘things’ increases.

The smart investor benefits from this by making sure he or she owns the very things that are going up in price. As a basic rule of thumb, this includes many financial assets, shares, precious (monetary) metals, commodities and property. We don’t need to understand in detail why stock markets, gold, oil, wheat, cotton, coffee, art, houses, jewellery and wine go up in price when there is inflation. It is enough just to be aware that this is the case, just as it has been for the last several years.

NEXT TIME: What really are bitcoin and other “crypto” assets?