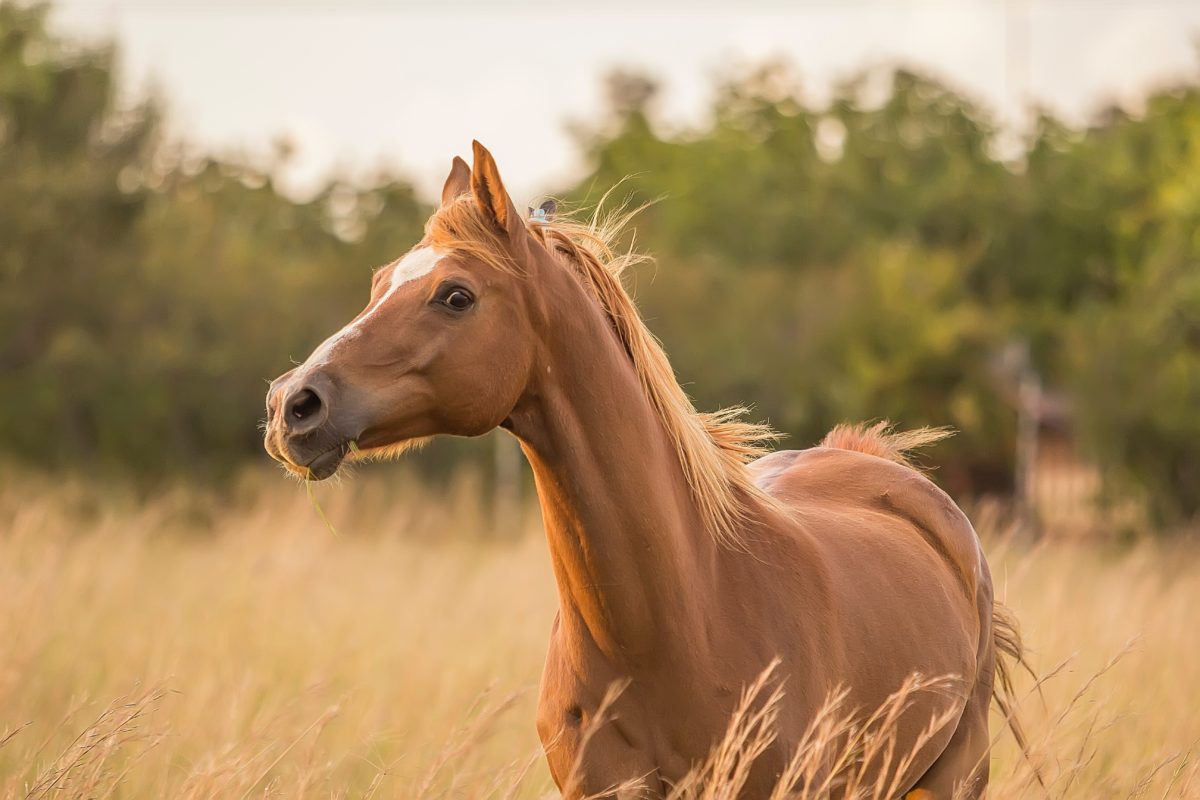 We don’t know the real-life identity of the blogger known as MONEVATOR. But whoever he or she may be, they clearly see the world, and investing in particular, through a very similar prism to ours.

Though it’s primarily aimed at UK audience, there’s something on Monevator for everyone. True, the author does admit to a guilty pleasure, namely active investing. But they consistently make it very plain that, for most investors, low-cost index funds are the way to go.

It’s also a beautifully written blog, and this post on the Neil Woodford débâcle is a good example. Thank you to Monevator for allows us to republish it here.

They say all publicity is good publicity, but perhaps we’ll make an exception for Neil Woodford. The troubles of the former star fund manager dominated the personal finance news this week like no story I can remember since the run on Northern Rock.

For those with better things to do than monitor the latest bungling of the UK financial services industry, a quick recap.

Neil Woodford was a market-beating fund manager for many years at the giant house Invesco. He prospered across several bull and bear markets, and for what it’s worth I think he proved he had skill — or edge, as the pros call it — in as much as we can be sure such a thing even exists.

Anyway it’s a truth universally known that a man in possession of a large fortune, a super public profile, and a proven ability to beat the market generally wants to do it bigger and better. Five years ago Woodford set up his own fund shop in a blaze of publicity and raked in billions. Even the BBC described him as “the man who can’t stop making money.” By early 2017 his equity income fund alone was managing more than £10bn.

Yet scarcely two years later and Woodford’s reputation is in tatters. What happened?

Well, for one thing his returns have been lousy — enough to see his fair-weather fans pull money from his main fund so that by the end of May it was down to £4bn.

But that isn’t the real problem. What did for Woodford was that for reasons that would make little sense to students of financial history — but would be readily understood by, say, the writers of age-old Greek myths — this erstwhile bagger of big blue chips decided to stuff his income fund with a stash of illiquid and unquoted companies.

At first this odd departure wasn’t an issue. But as his mainstream income picks floundered and investors began to withdraw their money, Woodford had to sell assets to meet redemptions. The liquid holdings went easiest, which left a growing rump of harder-to-sell and “what’s it even doing in a Woodford income fund anyway?” fodder piling up on the books. It got to the point where the fund was in danger of upsetting the regulator.

Shenanigans ensued to try to manage down these problematic holdings. Nothing illegal, I stress, but also nothing much to do with the everyday business of running a vanilla income fund.

A few commentators began to warn of a looming crisis, and then one big investor asked for its £250m back.

At this point, Woodford – sensibly enough, given where he’d gotten to, but you wouldn’t want to get there – decided to gate the fund, preventing investors from withdrawing their money. Woodford said he needed breathing space to reposition the portfolio without resorting to a fire sale.

The suspension was initially for 28 days, but it can be rolled over if deemed necessary.

Would you believe it?

The result of all this has been shock, anger, fear, gyrating share prices, grave dancing, and the usual dollop of nonsense.

The market had already sniffed out Woodford’s woes, and had been selling down the shares it thinks he’s going to have to unload. This got worse in the days following the suspension. Meanwhile the share price of Hargreaves Lansdown has plunged over the ramifications of the platform championing Woodford’s funds in its Wealth 50 recommendation list. Woodford’s Patient Capital venture-focused investment trust has seen its share price slammed, too, presumably on concerns the value of its holdings will be hit by any liquidation of shared holdings in Woodford’s main fund. (Ironic, given that an investment trust is exactly the right vehicle for long-term investment in illiquid assets.)

Meanwhile press and pundits — or at least those without egg on their face, or the chutzpah to talk through it — have endless perspectives on the urgent takeaways from Woodford’s downfall.

Merry Somerset-Webb in the FT offers one of best recaps, highlighting the apparent hubris behind some of Woodford’s decisions. However she concludes by bemoaning his personal money-making over the past few years. That seems to me a bit of a populist take — few complained about Woodford’s pay when he was in the ascendant and clients were shovelling £15m a day into his fund. (In a similar vein there are stories about Hargreaves Lansdown bigwigs making a mint selling shares in the platform in the weeks before the Woodford hit the fan.)

Some see Woodford’s downfall as proof — amply backed up by all experience and evidence — that active fund management is doomed to mean reversion. The Evidence-based Investor offers a pretty temperate perspective to that affect.

A few believe Woodford’s creep into unquoted holdings is a canary in the goldmine of a wider problem. They warn that pension funds have been similarly encouraged into unsuitable alternative holdings by historically low interest rates – and that they’re just a financial crisis away from being found out. Even the Bank of England governor Mark Carney dropped hints last week.

And then there are the spokespeople and journalists bemoaning how Woodford has tarnished the reputation of all those fund managers who are delivering for their clients. If the financial services industry has done anything wrong, they suggest, it’s in putting the wrong person on a pedestal!

Perhaps the apogee of this is the commentator who blames not Woodford but the FCA for — um — Woodford’s problems, and says the takeaway from the drama should be to “put trusts on buy lists”.

We all know what the answer is.

Look, I like investment trusts as much as the next inveterate active investor.

And it’s abundantly clear that Woodford shouldn’t have had illiquid holdings in an open-ended fund.

But so what? Anyone who believes that the answer to this week’s soul-searching is for platforms to tout trusts on the same buy lists that cherry-pick open-ended fund managers hasn’t been paying attention for — oh — the past 20 years.

What all these writers should be saying is: “Forget about active managers! The average investor should simply put their money into a diversified portfolio of cheap index funds. The evidence has shown us again and again that most active fund managers fail to beat the market. Go and read the Monevator website, or that book by Lars Kroijer. Then get a new hobby.”

They don’t for a variety of reasons. As we’ve discovered over the past ten years of blogging about passive investing for a revolving door of readers, the main ones are there’s not much money in it, and there’s not even much of a long-term audience.

Listen, if I was my passively-pure co-blogger, I’d no doubt be penning a screed against Woodford and the very idea of active investing. But The Accumulator never writes Weekend Reading, and his punishment is I get to ride my own hobby horses.

And personally, I understand the pull of active investing. I like stock picking. I read books about great managers. I get it.

But that’s exactly why I recruited my co-blogger to fill the blog full of articles about the boring index funds that people actually need.

The way some have covered the Woodford drama, you’d think index funds didn’t exist. To paraphrase:

— “Investors will wonder where they can turn if they can’t even trust a star like Woodford!”

— “Woodford reminds us that we need to watch our investments like a hawk and ditch losing managers!”

— “You need to know who the investing heroes are of today – not yesterday!”

— “There’s no advice for people who just want a comfortable retirement”.

To which I say:

— Ignore fund managers because they overwhelmingly fail to beat the market.

— Yes there is – read Moevator.

Can’t see the trees for the Woodford

There will always be people – like me – for whom investing is a hobby. We enjoy picking stocks, and following the ups and downs of the market.

But we’re the investing equivalent of my brother. He’s a mechanic who likes to get hold of scrap cars to do up over several years in his garage.

Did you drive to work today in a car you built from the bolts up? Do you feel the need to? Are our daily newspapers full of tips about how to refit a dashboard or re-tune an engine?

Of course not. And none of the equivalent fund investing guff in the media or on the platforms is there for the benefit of the average saver, either.

It seems doubtful that Woodford will regain his standing. We’ve seen him scapegoated in recent days, but we might note that his fund at the centre of all this hasn’t lost much money. It hasn’t wiped out fortunes — it’s just lagged a benchmark and delivered a flat performance. By the pyrotechnic standards of financial scandals, that’s hardly the greatest crime.

The real lesson from Woodford’s woes is you’re better off just tracking the benchmark with an index fund. This is all most people need to hear.

Once the storm passes, however, I’m sure there will be a new Woodford to be feted — Nick Train or Terry Smith perhaps, or as I pointed out last week James Anderson.

Pundits who don’t know (or worse, ignore) that active investing is a zero-sum game will go back to writing illogical nonsense – claiming that the bull market is drawing to a close, and so it’s “time for active management to shine”.

We’ll also hear more from active fund managers about how index funds and passive investing threaten market stability — even as we all gradually forget about the £4bn income fund run by the most famous active manager in Britain that locked up the money of its investors.

This is ridiculous – investing for the masses is a solved problem.

It’s 2019, and someone saving for their retirement needs a star fund manager about as much as they need a horse.