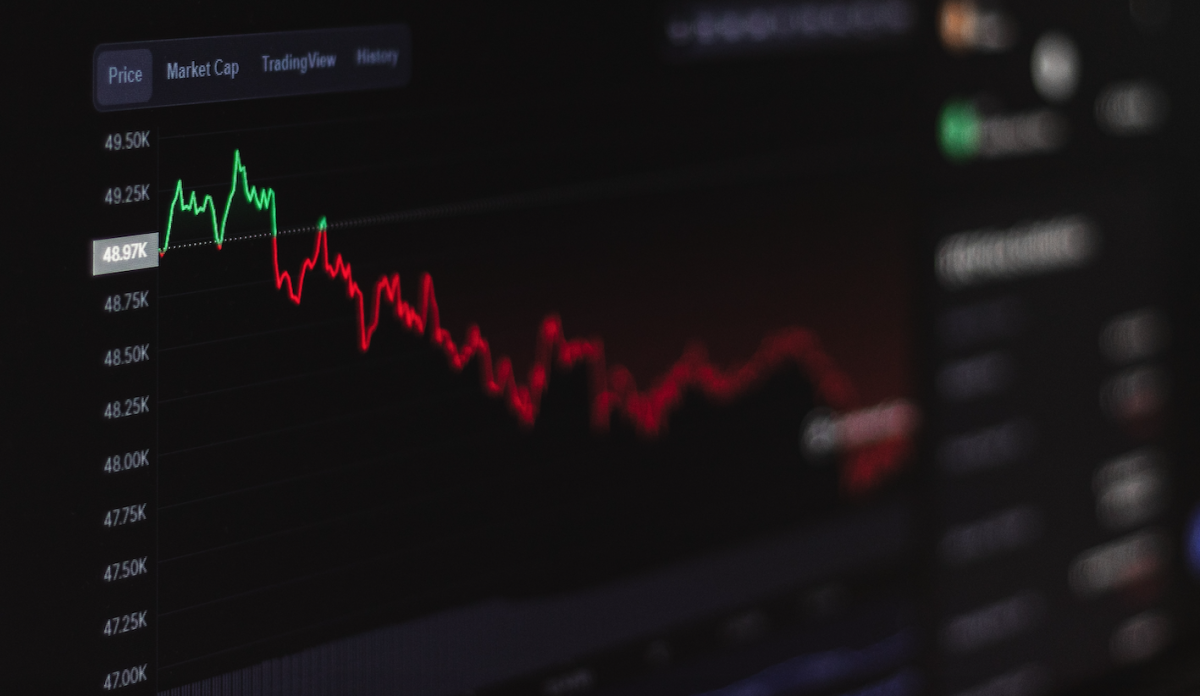 Volatility and risk are often misunderstood. The terms are sometimes used as if they were interchangeable. But they aren’t. For equity investors, market volatility comes with the territory and isn’t, in itself, a risk at all. But as we explain in the latest in our series on understanding risk, there is a real danger that volatility can cause some investors to act irrationally and do long-term harm to their returns.

“The true investor welcomes volatility… A wildly fluctuating market means that irrationally low prices will periodically be attached to solid businesses. It is impossible to see how the availability of such prices can be thought of as increasing the hazards for an investor who is totally free to either ignore the market or exploit its folly.”

We seem to have had more than our fair share of market volatility in recent years. This year’s turbulence on equity and bond markets has left many investors feeling queasy.

But we’ve had it much worse. In the Covid crash of 2020, the S&P 500 fell 34% in just over a month. This was a market reaction to high levels of uncertainty as governments imposed lockdowns across the world. It was the fastest 30% decline in the stock market in history. At the same time, the volatility index (VIX) spiked to an all-time high of over 82. Usually, it sits around 21. The previous high had been just over 80 at the height of the global financial crisis in 2008.

For informed investors, these are more than just interesting statistics. It is worth understanding what market volatility is, and why it jumps in this way during a crisis.

At its most simple, volatility measures how much and how quickly prices change. The price of bread, for example, is usually not volatile. In normal times, what you pay for bread today will almost certainly be the same as you paid for it last week, and not much different to what you paid last year. There might be a slight increase for inflation over that time, but, ordinarily, this won’t be much.

Earlier this year, however, bread prices became noticeably more volatile. Rising wheat prices pushed prices up by 15% in a matter of months.

By contrast, prices on the stock market are always volatile. Shares in the biggest companies are being traded at different levels minute-to-minute.

Just this year, for example, shares in Apple have risen as high as $182, and as low as $130. Shoppers would be alarmed if the price of bread moved around that much. But investors on the stock exchange treat it as a matter of course.

This is what the VIX measures — how much, and how quickly share prices of companies in the S&P 500 index are expected to move around. When the changes from day to day become more extreme, the VIX goes up.

This happens at times of crisis, when those buying and selling shares can’t be sure what will happen next. During the early days of the Covid pandemic, no one knew just how serious the economic impact of lockdowns would be, or how long they would last. They couldn’t tell how badly profits would be affected.

And so company share prices became a moving target. If you don’t know what a company will be earning, it’s difficult to measure what it is worth.

This is why the VIX is also called the fear index, because it goes up when markets are nervous about the future. When everything seems settled, share prices don’t tend to move around quite so rapidly because there is more consensus about what companies are likely to earn, and what they are therefore worth.

The reason volatility is talked about as risk, is because if the price of something is highly volatile, you don’t know what its value will be from day to day. Bitcoin over the past two years has been another example.

This kind of head-spinning volatility is too much for most people to handle. It just creates too much uncertainty.

At the other end of the volatility spectrum would be money saved in a bank, where the amount never changes, apart from interest that might accrue. That is highly stable, and highly predictable.

So when people talk about “risk assets”, they are referring to those assets that are more volatile – things like shares on the stock market and listed real estate. Since their prices move around a lot, they don’t make good short-term investments.

If you have some money now that you know you will need in six months, you probably shouldn’t put it in bitcoin or Apple shares. That’s because what you will be able to get out again when you need the money, may be a lot less than you put in.

For that kind of short-term investment, it is much better to put the money in the bank, where you know it will hold its value. You won’t make much of a return, but that is the pay-off for having a more certain outcome.

This is, therefore, seen as a low-risk investment.

However, if you are a long-term investor, and only need your money in 20 or 30 years, what the stock market does today or next week or even next year doesn’t really matter. Short-term volatility is not going to upset your financial plan.

If you have two or three decades, it makes sense to invest more in traditional “risk assets”, because your long-term returns are likely to be higher. A bank deposit might earn you 5% at the moment, but the long-term average for stocks is 10%.

There will be periods, like early 2020 and the crash of 2008, when share prices do become hugely volatile. Then the VIX will spike, and there will be talk about market panic and huge uncertainty. But those periods inevitably pass.

This is because even though the prices of shares can move around significantly in the short-term, the value of the underlying companies doesn’t change that much. And, in the long-term, that is what share prices reflect — the real value of real companies making real profits. Over time, those will grow, and investors will benefit.

Investing for the future is rather like dieting or keeping fit. We all know we need to do it. But actually doing it is another matter entirely.

How to Fund the Life You Want is a new book by Robin Powell and Jonathan Hollow that aims to stop you procrastinating.

It sets out six simple rules that you need to focus on when planning for you financial future, and sets out the practical steps you need to take to get on track.

The book is published by Bloomsbury and is primarily intended for a UK audience.

You can buy it on Amazon, on Bookshop.org, and in all good bookshops. There are eBook and audio book versions as well.

What are you waiting for? Start taking responsibility for your financial future. After all, if you don’t, no one’s going to do it for you.