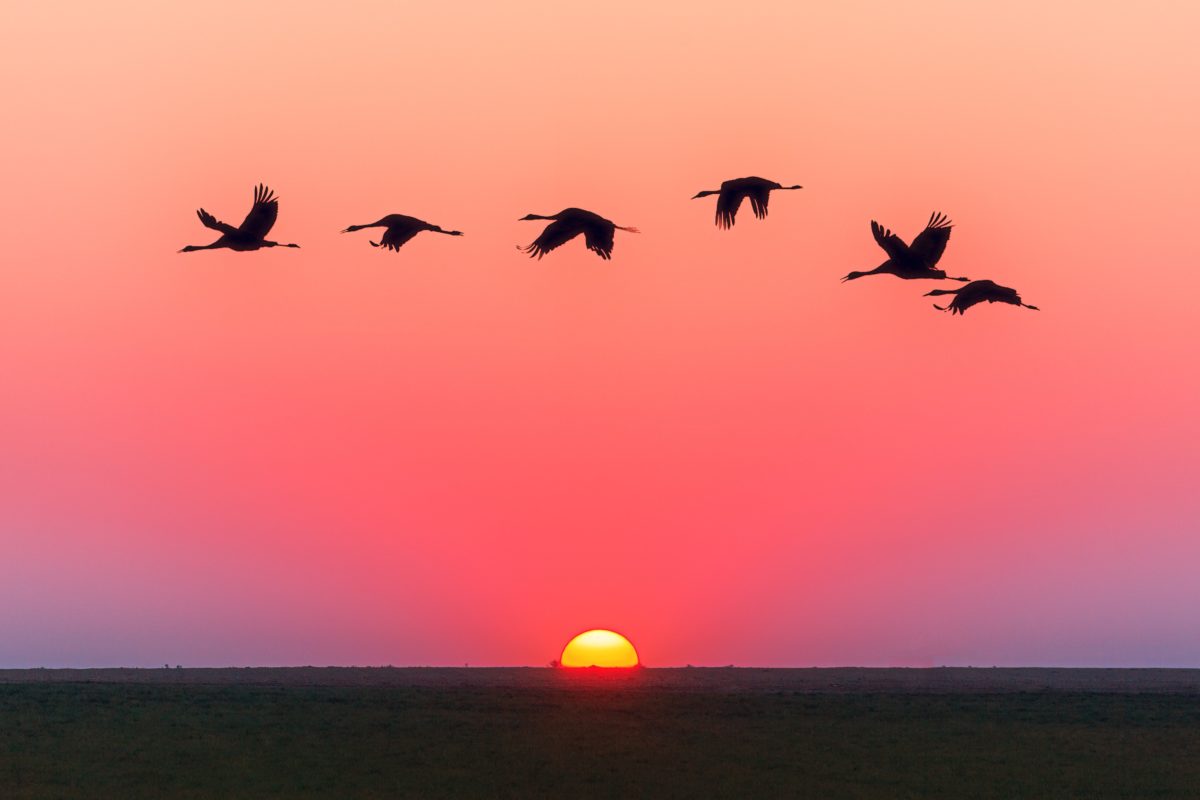 The Dow Jones index fall almost 3,000 points — around 12% — on March 16th. That was its biggest drop since 1987, and it came despite attempts by the Federal Reserve and other central banks to calm fears over the spread of coronavirus.

For stock investors, it’s all looking pretty grim — and it could get worse. But, as CHRIS BENNETT, Director of Index Investment Strategy at S&P Dow Jones Indices explains, it’s important to see the bigger picture.

“It is always darkest just before the day dawneth”

The bull market is over. After 11 years of impressive and relatively steady gains, last week the S&P 500 slid into bear market territory, marking the end of the glory of the 2010s and the start of a new regime. Volatility is back with a vengeance, and safe haven assets are now the belles of the ball.

But what does this mean for markets? Should we panic yet? The short answer is: probably not.

While there have been many painful market declines, including the 2000-2002 bursting of the tech bubble, the 2008 financial crisis, and the current coronavirus-driven sell-off, the historical market trend has been strongly positive.

Since 1950, there have been very few periods during which the S&P 500 has been down over a five-year period, and even fewer over ten-year periods, as shown in Exhibit 1. 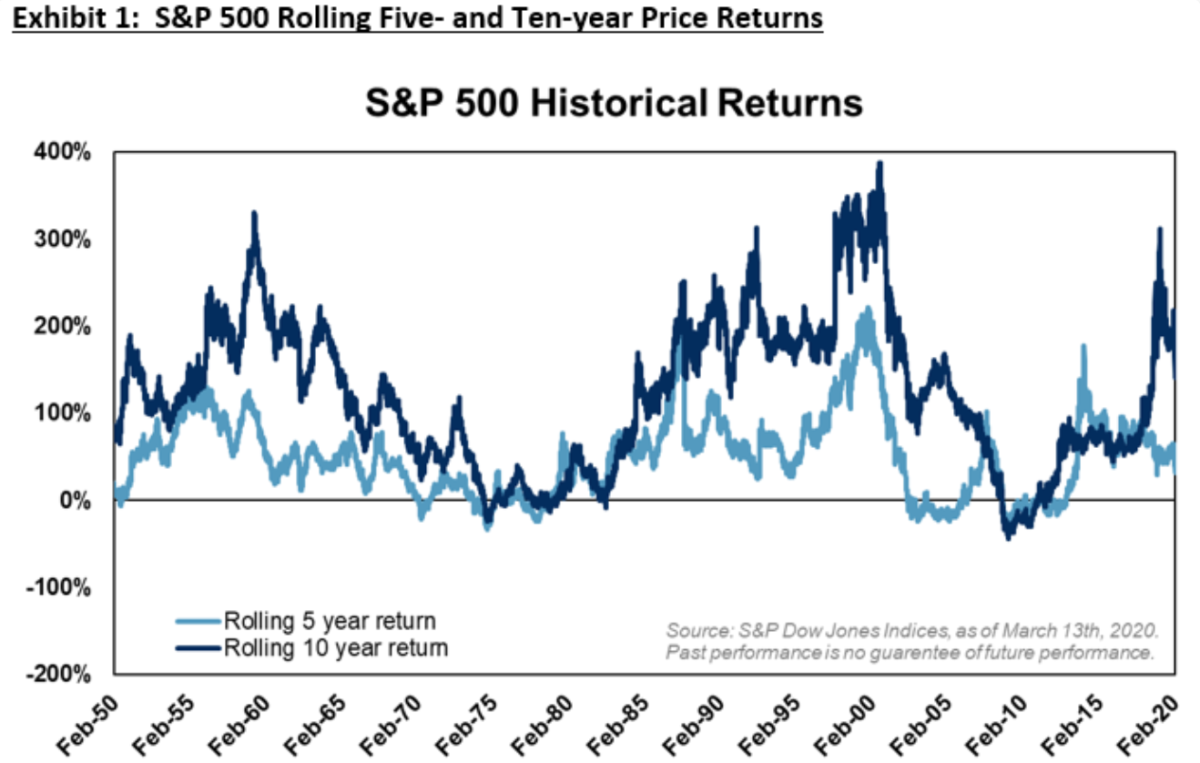 This isn’t too much of a leap given what we know: The S&P 500 today is higher than when it was launched, and the long-run trend will likely remain positive.

Short-term sentiment may shift day to day or even hour to hour depending on a variety of factors, but the market has historically risen more often and to a greater extent than it has declined.

What this means is that bad days or volatile periods tend to be temporary dislocations rather than sea changes.

After major drops, the S&P 500 typically rebounds. If we take, for example, the ten worst daily declines in the S&P 500 dating back to the 1951 Fed-Treasury accord, as shown in Exhibit 2, we see that the index has recovered from most major drops within a year.  Even when the recovery took a bit longer, the damage eventually became history. 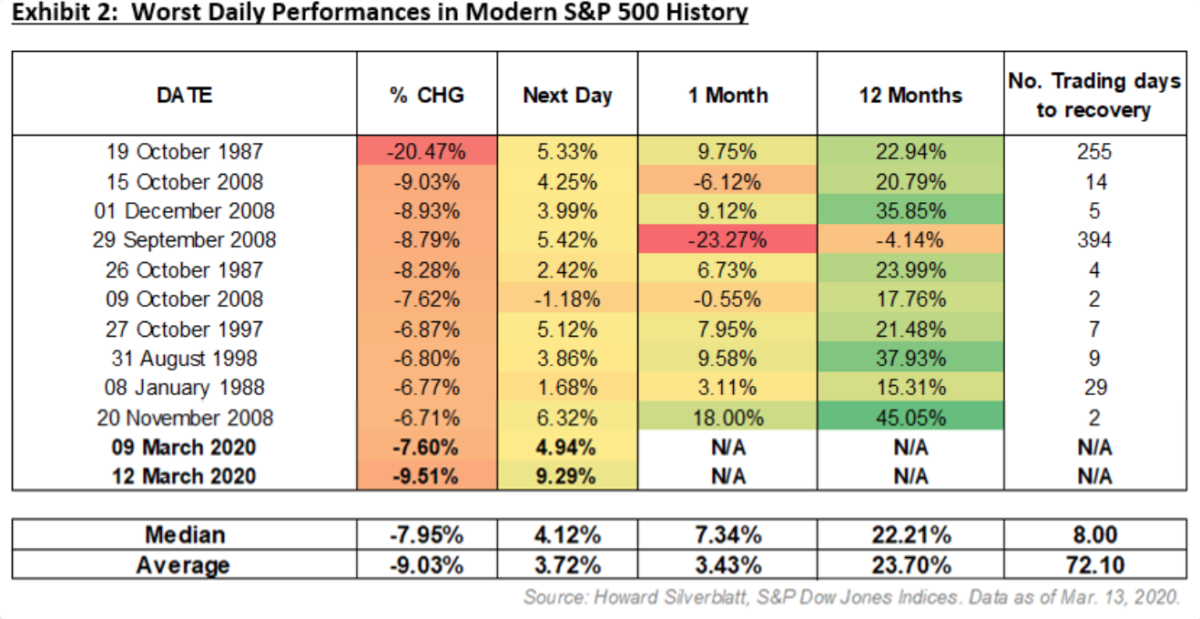 Of course, past performance is no guarantee of future results. Our intent is not to call a market bottom or to predict short-term movements, but rather to highlight what history tells us: the market tends to recover.

Unless there is an absolute need for immediate liquidity, riding out the storm has generally been a better decision than running away at the start of a panic.  In fact, many of the best days in the market have followed the worst ones. The only way to capture these rebounds is to be in the market.

While timing the recovery is a fool’s errand, betting that there will be one is a fairly safe wager.

Consider that before you take your chips off the table.

CHRIS BENNETT has previously contributed a piece to TEBI about the “road less travelled” of individual securities. You can read it here.