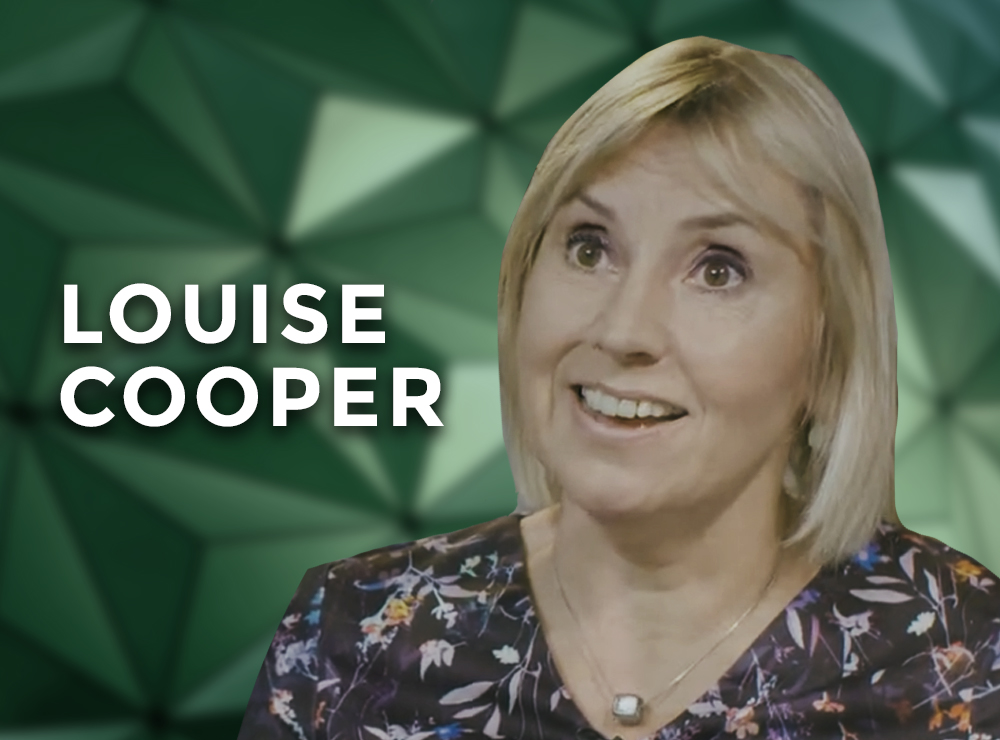 5. PEOPLE TELL YOU WHAT THEY WANT TO TELL YOU

LOUISE COOPER is a financial journalist who works for the BBC and several national newspapers. In the last in the series, she explains why the financial media isn’t necessarily the best place to look for impartial information on investing.

Louise, many people look to the financial media for information on investing. But the media tends to focus on short-term market movements. How helpful or otherwise is that for investors?

I don’t blame the news industry — that’s what the news industry does. But the thing about trying to time the market is: you can’t do it. Nobody can predict what a market is going to do. Don’t think you can: you cannot. The other thing about markets going up and down is, if you miss, the top five market up days — because they do swing around — then that will seriously impact your performance.

What those two facts tell you is: buy and hold. Buy every month and benefit from pound cost averaging. That is the way to do it. So ignore what the news tells you. Follow the academic research. What the research tells you to do is buy regularly, keep putting money away, don’t try to be clever, and don’t try to time the market. Forget about what the market does. It’s interesting from a news perspective but utterly irrelevant from an investment perspective.

Of course, you yourself can’t afford to ignore the news because you’re a journalist, aren’t you?

Historically, active funds have featured in the media far more than index funds. Why do you think that is?

Because active fund managers pay PR agencies an awful lot of money to promote their funds — or at least the one or two funds a year that happen to do well. That’s why! And then you have the active fund managers that run those funds going on television programmes and radio programmes and getting interviewed by the newspaper. The media needs decision makers who can talk about the markets.

Passive funds don’t pay PR firms and they don’t pay the fund manager to go on television and radio programmes. That’s a good thing for investors because it means you get to keep more of your pension money or your savings money for yourself.

How cautious do you think investors should be when reading about funds with recent strong performance?

The number of individuals who can truly outperform a market year after year, decade after decade, could probably be counted on one hand. There’s Warren Buffett, but he’s had some terrible years. You would have previously included Neil Woodford, but he blew himself up, and we could spend a lot of time talking about that but we won’t. There’s Tom Peters, maybe, from Fidelity from the olden days. But there aren’t many. There is a normal distribution of funds. In any given year, there will be some individuals who are on the right hand tail, who will have done better than the market. But that’s for one year. If they’re really lucky, they may end up on the right hand tail of the normal distribution over two years.

There’s loads of academic research on this. Is there a correlation between a fund manager outperforming one year and outperforming the next year? No! There is no correlation. The academic research is there. Experts have run the numbers. The industry though insists, and the media industry is complicit in this, on producing these bloody ridiculous one year performance charts, year after year. They are meaningless! I feel I’m a one-woman voice on this. Ignore! Rip them up! Light the fire with them! They’re utterly, utterly pointless.

If you give me a ten-year performance chart of somebody outperforming, after fees, then I’ll begin to take notice. But even then I would like to do some analysis. Even if someone has brilliant performance for ten years, it may not be down to skill.

What do you think about financial literacy generally? What would you like to see being to done to give people better information on investing?

It’s difficult. I’m lucky, or I’ve worked hard, and I have all this financial knowledge which is hugely beneficial to my family’s finances. I understand that time is your friend when it comes to building a nest egg. So my children have had stock market investments, from the day they were born because, over 18 years, that will build up — thanks to compounding and markets making good returns year after year — and that’s much better than putting it into a savings account.

I understand that, so my children have a fund of money for their education or for buying a house that, if they, hadn’t had me as a mum, they wouldn’t have. They would have significantly less. They would probably have it in a savings account and it would be worth a quarter, a fifth of what it’s worth. So looking to explain this to people is something I feel very passionately about. The trouble is, I don’t think there are many teachers who understand it. They all have lovely public sector pension funds. So most of them don’t need to think about it or worry about it. So part of me thinks: do we need to do it in the workplace? Do we need to do it at school?

It’s something that I do worry about because the days of having one job are gone. My dad had one job at one firm for his entire career. They looked after him and gave a final salary pension. Now people have lots of different jobs, and final salary pensions have gone. You’ve got to be much more responsible for your own money. But people are just not being given the tools and the knowledge to make good choices, and the fund management industry is not helping them. It’s making it worse, because it’s profitable for the industry to have unknowledgeable and misinformed consumers.

So, short of putting it on the national curriculum, training a load of teachers, and making a day a year mandatory for employees to learn about their pensions, I don’t know what the solution is. But I feel passionately that there needs to be a solution. I only wish politicians were more on board with financial education.

Rule number one: cost is the most important thing

The investing industry is not your friend

Women should play to their strengths

Most (yes, most) stocks fail

Do well and do good

Star stock pickers exist, but do they add value?

Why should there be a small-cap premium?