The world of wealth management is changing for the better. It used to be all about products and sales; increasingly it’s about education and proper financial planning. It used to be an industry; now it’s reverting to what it should have been all along, a profession.

One of the companies that’s setting the standard for advisory firms of the future is Ritholtz Wealth Management. I recently met its founder, Barry Ritholtz, at his office in New York. In Part 1 of our interview, Barry talked about his investing philosophy. In this, the second and concluding part, he explains why everything his company does starts with a financial plan — and why he devotes so much time to his blog.

First and foremost, you see yourselves as a financial planning firm. Why is that?

We always start out by helping clients develop a financial plan. A lot of places will open up an account, deploy the capital and then, six months to a year later say, Hey, have you thought about having a financial plan? That doesn’t make sense. That’s the cart before the horse. From day one, before we accept a penny from people, we want to know, What are your financial goals? How do you think you’re going to achieve it?

An allocation without a plan doesn’t accurately reflect that particular client’s risk tolerance. Do they really need to be assuming a lot of risk? You know, we have clients who are very comfortably situated, and who with a modest amount of risk can more than achieve their goals. There are other people who either have very high goals or are starting with a relatively small pot of money. Hey, if you want to get to where you want to be, you’re going to have to assume more risk, and that means more equities than a traditional 60/40 portfolio. Very often we find ourselves saying to clients, You’ve already accumulated enough wealth to do whatever you want. You don’t have to assume more risk. Or we say to people, If you want to do what you want you either have to contribute more money on a regular basis or lower your expectations. We want people to know where they stand.

You also believe strongly in the value of high-quality content and, in particular, blogging. Why?

We spend a lot of time trying to educate our clients. We’re one voice in a cacophony of noise. We try and be rational and tell people what’s really happening as best as we can, but there’s just an overwhelming wave of noise. Financial television has 24 hours a day to fill. There are a million websites. There are a dozen major financial papers and a thousand secondary news sources that are constantly talking about whatever everyone’s talking about. Last quarter it was Ukraine and Greece and now it’s the yen, why isn’t inflation higher, what’s going on with China and why are emerging markets a mess, and this Volkswagen thing. Stop and think about it. Someone who’s 50 years old is going to retire in 20 years. In 2035, are they going to look back and say, Gee, it’s a good thing we liquidated our portfolio in 2015 because of the Volkswagen scandal. The answer is no, of course not. Eventually markets shake this stuff off and move forward.

Look at a long-term chart. 1987 is a little squiggle — the worst one-day crash is history and you can barely make it out. All these things are a giant distraction to people, in developing a plan and then staying on course with it.

One of my favourite research reports comes from Laszlo Birinyi. He puts out a media sentiment index every quarter, and it’s just a wrap-up of all these articles. When you read them at the time, they’re terrifying. But when you go through them in hindsight you discover that all these things everyone was worrying about turned out to be meaningless. Separating the signal from the noise is a real challenge.

Markets go up and down — that’s what they do. In 07-09 markets were cut in half and then some. That’s what happens on an all-too-regular basis. Go back to 1973; there was a giant 55% drop. In 2000 the Dow fell about 35%, the S&P fell a little more. The Nasdaq 100, peak to trough, fell almost 80%. Yet they all eventually recover. And I don’t know anybody who can successfully time their way in and out. You really need to think in terms of decades, not days and weeks.

Your blog, The Big Picture, is phenomenally successful. What would you say to those thinking of starting a blog of their own?

Don’t underestimate how much work it is. I just crossed 31,000 posts on the blog since 2003. I wanted to become a better writer, so I did a little research and found that the way to become a better writer was to a) read good writing, and b) write yourself. So I made a commitment to wake up every morning early and write for half an hour. I’m up every day at 4.30 a.m. I go through all my favourite sources — the FT, Wall Street Journal, New York Times, Bloomberg, Washington Post. You find things that you completely disagree with, which you can argue against. Sometimes you find something that is interesting, but you want to take it in a different direction. Sometimes you just wake up with an idea in your head and think, I want to write about that today.

I probably take it a little too far, but consistency and doing a little bit every day are important. The bottom line is that if you want to do this as a part of your hobby or career, it’s a lot of work — it requires commitment — but the rewards are substantial.

Does that include financial rewards?

Yes and no. People have this false impression that if you write a successful blog people are going to throw money at you. It doesn’t really work that way. What it does do is allow people to understand you — here’s this person’s view of investing, here’s how they think, here’s how they analyse the world, the markets and the economy. I think what it does is, when people have a  conversation with you about managing their assets, it shrinks that six-month conversation down to half the time. They’re a little more comfortable with you. You’re not an unknown element.

Some people say, This guy’s an idiot, I want nothing to do with him, and that makes the decision-making process really quick. Other people look at me and say to themselves, I understand his views on the fiduciary standard for advisors; he’s in favour of that, and I like that. I like his approach to investing and sticking to a broad asset allocation model. I think he’s fairly intelligent. He is politically not unpalatable. Some people don’t want someone managing their money who’s a global warming denier or who’s going to be off doing radical political things.

Generally speaking, we tend to skew a little more towards younger, tech-orientated clients. I would like to say hipper, although I don’t know any adviser who could get away with saying they’re hip. But yes, we’re certainly big believers in social media and blogs.

Should you invest in one go or in instalments?

Robin writes: There are certain questions in investing for which there isn’t a right or a wrong...

The one asset you need to protect

By LESLEY GREGORY   Human capital is our personal ability to increase our wealth. Just as you... 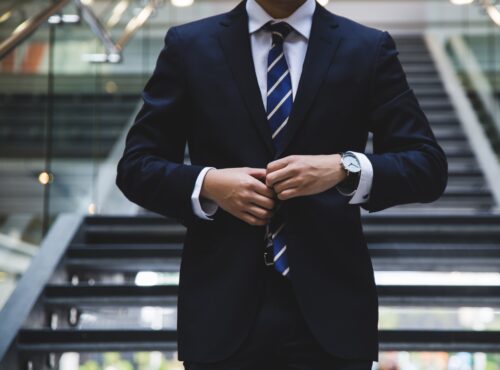 Robin writes: Many years ago, at an investment conference at a prestigious Oxbridge college I sat next...