Behind the scenes, financial regulators require banks to undertake a regular ‘stress test’. Would they be vulnerable should an event like a recession or another financial market crash come to pass?

These tests became best practice for banks after the global financial crisis (GFC), which exposed the weak points of many institutions. Some had to be bailed out. Others, like investment bank Lehman Bros, collapsed.

How would you fare if you faced “an unexpected economic crisis”? For individuals, that might be a sudden and large expense, a prolonged illness or even job loss. It could also flow from the impact of falling markets on investments or retirement income, as happened in the GFC.

In the UK, Financial Conduct Authority Chair Charles Randell has revealed that the latest official stress test for banks was based on unemployment rising to 9 per cent, house prices falling by a third, and the stock market losing about 40 per cent of its value.

“That seems both severe and unlikely, but not impossible – as it should be for the stress test to serve its purpose,” was his comment on the Bank of England’s choice of numbers. Neither he, nor the Bank of England, is predicting a recession.  But, as Randell says, whether it’s months or years away, there will be another recession at some point and we should know how we’d handle that.

So, here’s a 7-point stress test for you to apply to your finances…

Are youkeeping up with your bills and credit commitments, or have you missed bill payments in three of the past six months? OK, you may not be at the point of being technically considered ‘over-indebted’, but look out for the warning signs – like finding yourself paying just the minimum on your credit card.

Are your mortgage repayments more than 30 per cent of your pre-tax income? If so, you’re in the ‘vulnerable’ zone. Sure, interest rates are unlikely to rise in the current environment, but what about the future? Borrowing at today’s low rates may give you a false sense of security. Rates will change direction at some point in the life of your 20- to 3o-year loan.

Use today’s low rates as an opportunity to pay off extra, not to borrow more. Use an independent – not a bank – mortgage calculator to work out how much you can borrow, and test what your repayments might be if rates were 2 percentage points or more higher.

What sort of buffer do you have for a large and unexpected expense such as an urgent and significant house or car repair? Someone saving 20 per cent of $USD30,000 in net income would have $USD6000 set aside after a year for such an expense. Bear in mind that credit card debt is very expensive debt if carried over for more than a month – you may be earning a pittance on your bank accounts, but some credit card providers are still charging around 20 per cent interest.

Do you have income protection insurance? What’s the waiting period and could you meet your expenses out of sick leave, annual leave and your own savings before it kicks in?

How long would your savings last if you were out of work? Consider your monthly expenses and see how many times you can divide that amount into your savings. At a minimum, make sure you have three months’ expenses set aside but, ideally, accumulate 12 months’ expenses.

When the GFC struck, retirees watched their income from investments – and the value of their investments – plummet. Those who didn’t have a cash or cash-like buffer were forced to sell investments at the worst possible time, realising big losses that otherwise could have stayed ‘on paper’ and been recovered in subsequent years. Talk to your financial planner about finding the right balance between making your money work hard for you and having a buffer that means you don’t have to sell investments to fund expenses.

Just like the banks, you should ‘stress test’ your finances occasionally – once a year, when you’re considering a large purchase or loan, or when your circumstances change.

LESLEY GREGORY is an experienced consumer and personal finance journalist. She regularly writes for TEBI about the side of finance that isn’t directly related to investing. For more personal finance insights, here are a few of her recent articles:

Is customer loyalty costing you money?

Investment scams to watch out for

Eight scams to guard yourself against

Eight questions to ask when renewing your phone contract

Is customer loyalty costing you money?

By LESLEY GREGORY   The call centre operator congratulated me yesterday on the number of years I’d...

By LESLEY GREGORY   Good news. You can afford the top-of-the-range sedan you’ve had your eye on....

By LESLEY GREGORY   DNA testing used to be something distant and scientific that cropped up in...

Investment scams to watch out for

By LESLEY GREGORY   It can’t be said often enough: if an investment offer sounds too good... 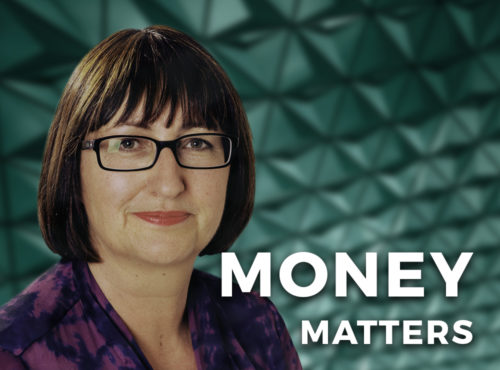 Eight scams to guard yourself against

By LESLEY GREGORY   If your name doesn’t show up on my phone’s screen when you call,...

Eight questions to ask when renewing your phone contract

By LESLEY GREGORY   So, your mobile phone contract is expiring soon, and there’s a new iPhone...