Make no mistake, this is a landmark day in the history of British fund management.

Yes, there’ve been City “stars” who have fizzled out over the years. But surely none has crashed to earth in quite such dramatic fashion as Neil Russell Woodford CBE.

Woodford, it was announced this morning, has been fired from his flagship fund, Woodford Equity Income, which was gated in June after years of dismal performance, and the fund is to be shut down. The fund’s assets are to be liquidated, but according to the FCA, investors will have to wait until January to get their money back. Suffice it to say, it will be substantially less money then they originally invested.

Adrian Lowcock, head of personal investing at Willis Owen, summed it up when he told the Financial Times: “We have seen the complete demise of the most famous fund manager the UK has seen for years… This collapse is on a par with the implosion of New Star at the height of the financial crisis, and it will shake the funds industry to its core.”

It is indeed a rude awakening — including for Mr Lowcock, who in previous roles at Architas and Hargreaves Lansdown was one of Woodford Equity Income’s most outspoken advocates. 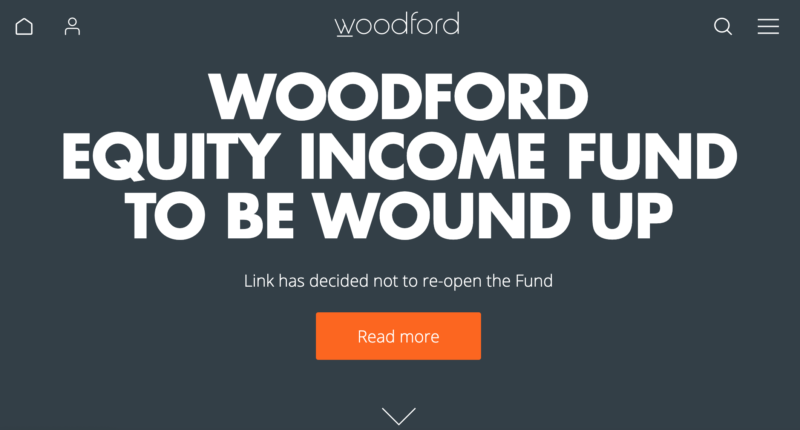 I spent the morning looking at what was written about Woodford and the Equity Income fund at the time of the fund’s launch in June 2014 and in the months that followed. What is so extraordinary is not just how much coverage there was, but the fact that it was almost universally positive. There were frequent references to “the Oracle of Oxford” and Britain’s answer to Warren Buffett”.  Even the BBC described him as “the man who can’t stop making money”.

What’s also very noticeable is how much of the coverage emanated from Hargreaves Lansdown.

Interestingly, many of the articles published on the platform’s website around that time have since been removed, but many remain. In one, the company’s founder Peter Hargreaves calls Woodford “one of the most gifted fund managers I have ever met”. Other HL commentators lauded his ability to “get the big calls right” and to “shelter money from the worst of market falls”.

Mark Dampier, Hargreaves Lansdown’s head of research, was quoted again and again in both the trade and mainstream press. One distinguished newspaper even gave him his own weekly column. 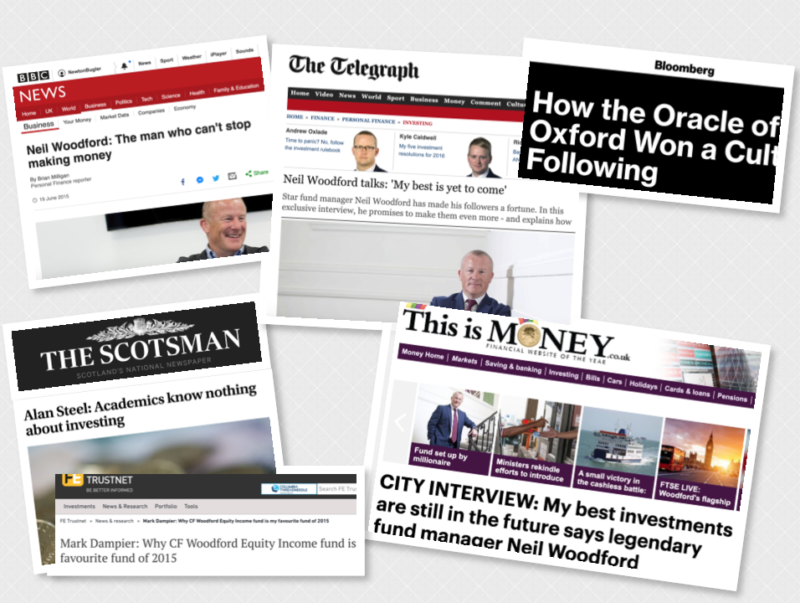 Media coverage of the launch of the Woodford Equity Income fund

Yes, there were a few dissenting voices. I regularly wrote on The Evidence-Based Investor about the folly of joining the stampede into Woodford’s funds. Indeed, a Financial Times journalist later contacted me to say thank you for persuading him and his partner to take their money out before it all went pear-shaped.

But those of us who did express concern — Paul Lewis from BBC’s Money Box was another one — were drowned out by Woodford enthusiasts. Responding to my suggestion that the academic evidence concludes, overwhelmingly, that winning funds are all but impossible to spot in advance, a well-known adviser wrote an extraordinary article in The Scotsman headlined Academics know nothing about investing.

I don’t mean to sound smug or clever. I had no reason to believe that Woodford would perform quite as badly as he did. I was just pointing out that the odds were heavily stacked against him beating the market on a cost- and risk-adjusted basis over any meaningful period of time.

In the event, Woodford wasn’t just beaten by the market; he was absolutely trounced by it. Apart from the worry that his investors have had to endure, and will continue to do so, they are substantially worse off today than if they had simply ignored the hype and invested in a low-cost index tracker.

But we are where we are. What, then, does all this mean for regulators, asset managers and investors today?

The Financial Conduct Authority has ignored so many wake-up calls over the years that we shouldn’t be surprised if, yet again, it hits the snooze button and burrows under the duvet.

But it surely has to take notice this time. Fundamentally, the regulator needs a shift of emphasis — away from industry oversight and towards consumer protection. It particularly has to look more closely at the whole fund ratings sector, which continues to grow (even the raters are rated now!) despite all the evidence that it adds little value for the end consumer.

There is nothing wrong with platforms and brokers like Hargreaves Lansdown producing recommended fund lists. But if they do, they should be much more transparent about their selection process and they should also be held accountable. They cannot continue to deny that what they’re offering is advice when that’s precisely how most consumers perceive it.

The FCA also needs to address the lack of genuinely impartial information about asset management available to investors, advisers and trustees of pension funds and charitable trusts. Given the eye-watering profit margins in the fund management industry — around 36% according to the market study the regulator published two years ago — there’s a strong case for a modest tax on those profits to fund educational initiatives.

Finally, Neil Woodford’s demise raises important questions about liquidity. What we’re increasingly seeing is a mismatch between the liquidity of the investment portfolio and the liquidity offered by the fund wrapper. That’s dangerous.

The bottom line is that there’s more demand for open-ended UCITS than there is for close-end vehicles like investment trusts. It’s therefore easier for a fund manager to distribute and grow a UCITS fund. With the growth of passive investing, active managers are desperate to prove their value. Woodford clearly tried to circumvent the rules by shoe-horning illiquid assets into a liquid fund.

Active fund managers are in an enviable but also rather awkward position. They are paid — usually very handsomely — for a service that, in aggregate, subtracts value for consumers. That’s not an opinion; it’s simple arithmetic.

I very much hope that one of the outcomes of the Woodford affair is a little self-reflection on the part of the fund industry. Famously, the former chief executive of the Investment Association, Daniel Godfrey, encouraged asset managers to put the interests of the consumer ahead of their own, and lost his job for doing so. But it’s time the conversation was revived.

It’s perfectly natural for companies to want to make a decent profit, but it has to be in return for adding value. Right now, I’m struggling to see where the value is at all.

Active management has been found out. The genie is out of the bottle, and it won’t be going in again. If they don’t adapt, active managers simply won’t survive.

To his credit, Neil Woodford is a genuine active manager, and there is a place for real active managers acting on their convictions. But we need a much smaller fund industry, with more boutique providers, operating in areas where indexing has yet to take hold.

Most importantly, fund managers have to reduce the cost. Instead of complaining that passive is growing too big, they need to provide a genuine choice. It’s simply unsustainable to carry on selling a product when consumers can buy an alternative that will almost certainly deliver better results at a tenth of the price.

Yes, there will be hard decisions to take. It’ll mean smaller salaries and, for some firms, having head offices in provincial cities rather than Mayfair or the City. But, as a US general once said, “if you don’t like change, you will like irrelevance even less.”

There are several lessons investors can learn from the Woodford saga. The first is that investing in heavily marketed, actively managed funds can go badly wrong. In fact, it very rarely goes right.

The data from academia and organisations like Morningstar and S&P Dow Jones Indices is unequivocal: over the long term, only around 1% of active managers outperform their respective benchmarks, on a risk- and cost-adjusted basis. That’s even slightly fewer than you’d expect from random chance.

What’s more, those very few managers who will outperform in the future are almost impossible to identify in advance.

It’s true that Neil Woodford did well at Invesco Perpetual, but out of all the funds you could have chosen over the last 25 years you’d expect at least one to have outperformed. The wonder is there weren’t more of them.

Was Woodford skilful? Was he lucky? Or a bit of both? We just don’t know. Wherever the truth lies, the odds of him reproducing that performance at Woodford Funds were always going to be slim.

What we’ve seen with Woodford is classic herding behaviour and overconfidence. The media loved him, and brokers and advisers talked about him as if investing in his funds were a one-way bet. In doing so, they raised expectations that he was highly unlikely to live up to.

Could the same thing happen to another manager? Of course it could. We’ve seen plenty of suggestions in the media about other active funds that, assuming they’re able to get their money out of Woodford Equity Income, investors should turn to next.

But the commentators who are touting these alternatives are completely missing the point. Yes, you could be buying the winning ticket, but the overwhelming likelihood is that you’re not, and if things turn sour as they did with Woodford, it could end up costing you a fortune.

One of the managers that pundits are suggesting Woodford investors should now entrust their money to is Terry Smith from Fundsmith. But it’s precisely managers like Smith, who’ve been on a winning streak, who are statistically more likely to go on a losing one.

In fact, Smith himself has gone on record as saying that investors should mostly be avoiding active management and using index funds instead. Warren Buffett has consistently said the same thing.

Ultimately, the most important takeaway is that you buy an actively managed fund at your own risk. Doubtless many took comfort from the fact that Woodford is (or at least was) the most popular fund manager in Britain. But when things go wrong, you’re on your own.

There are few industries where that time-honoured warning “buyer beware” is more appropriate than it is in active fund management. 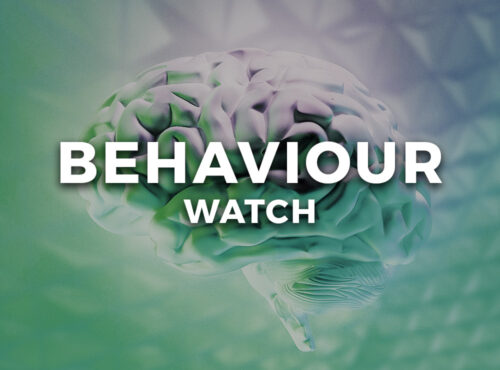 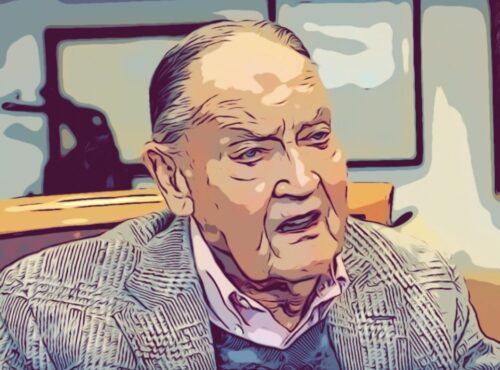 By LARRY SWEDROE   The empirical research into the impact of environmental, social and governance (ESG)...