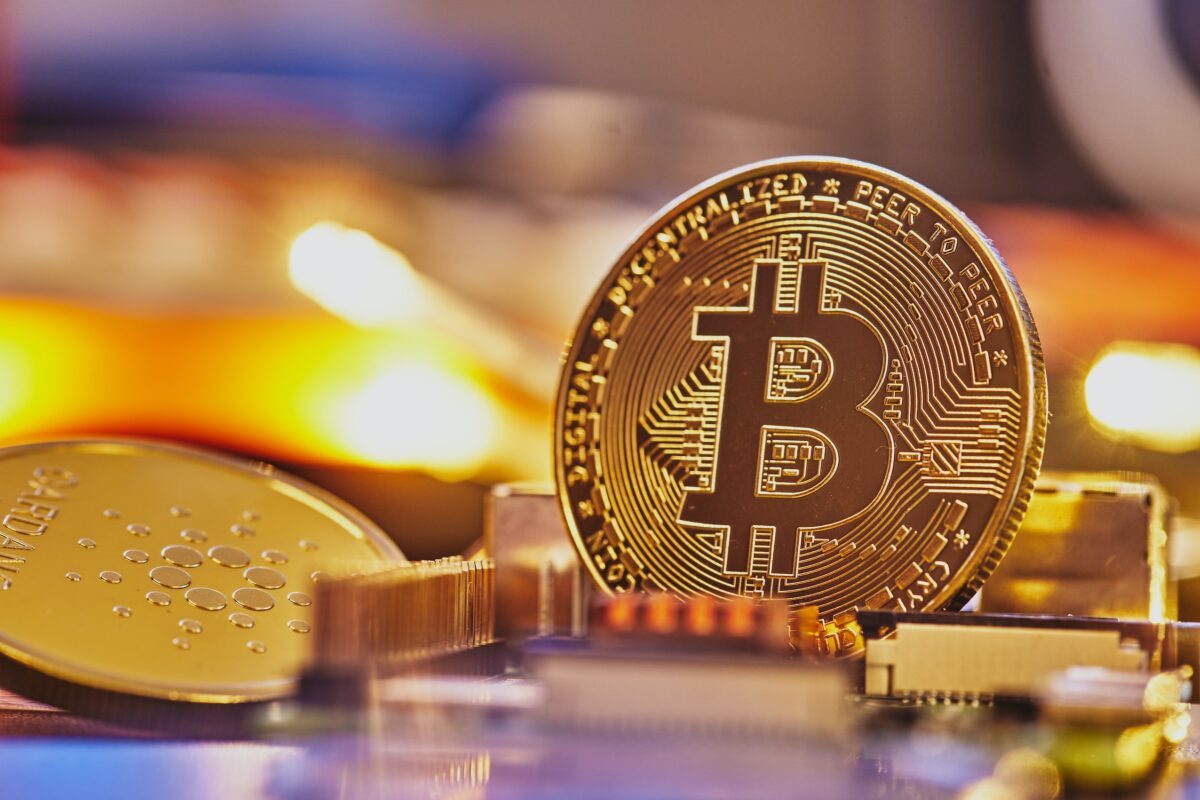 Two of the most dominant trends in global finance appear to be on a collision course. Driving one is widespread investor concern about the ecological future of the planet. Driving the other is revolutionary technology challenging the very structure of finance. Welcome to the ESG Vs Cryptocurrency death match.

“We’re turning your cash into future money — to the moon, apes!”

“With Colbert Coin, you give us your savings, and then we cryptocurrency it. After that, you never have to worry about it anymore.”

Aside from being a rich source of jokes about cynical quick-buck scammers and nerdy basement-dwelling libertarians, cryptocurrencies and the mining of them by power-hungry computers are creating concerns about the threat they pose to the environment.

Among those focused on these concerns are the increasingly large cohort of asset managers whose investment strategies must take into account environmental, social and governance (ESG) issues.

According to the University of Cambridge, which monitors bitcoin power demand in real time, bitcoin mining consumes about 124 terawatt hours (TWh) of electricity per year, which ranks alongside the total annual consumption of Norway or Ukraine. This is enough to power all tea kettles used to boil water in the UK for 28 years! 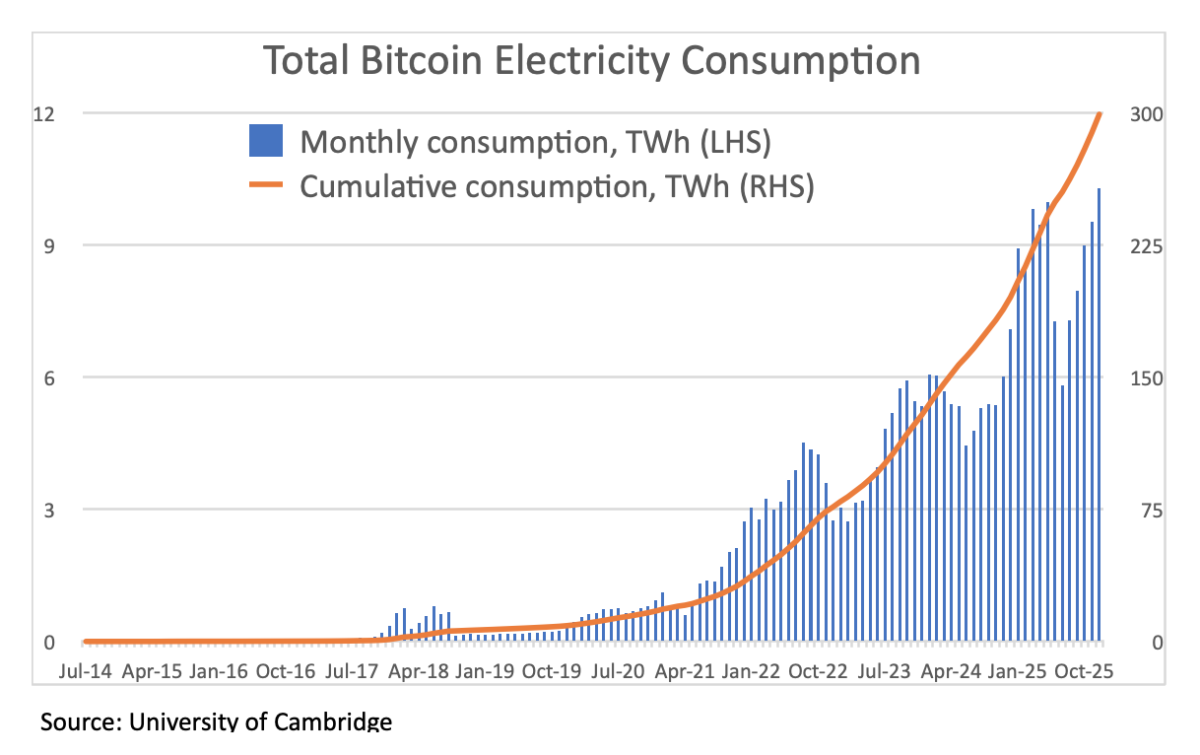 While crypto fans insist the huge carbon footprint of the industry is on the decline, the fact that cryptocurrencies like bitcoin are hugely volatile and also the favoured medium of exchange for terrorists, hackers, illegal arms traders and other criminals is enough on its own to keep ESG managers awake at night.

In a report released in October 2021, global index provider MSCI warned that institutional investors may be experiencing a “creeping” exposure to cryptocurrency, as more companies associated with crypto are adding to the indices that managers track.

Individual investors are frequently warned to exercise extreme caution in adding crypto to their portfolios. Regulators in many countries point out that cryptocurrencies are not recognised as legal tender, leaving investors unprotected against scams.

But aside from the environmental and governance risks associated with these new types of currencies, there is also a view that the technology underpinning them over the past decade and a half could also be a key enabler of the energy transition. As such, care needs to be taken in dismissing the trend out of hand.

Dirty money and beyond

The sensitivity of the crypto world to sustainability concerns was highlighted last May when Tesla CEO Elon Musk said his electric car company would no longer accept bitcoin for car purchases, less than two months after he initially announced the scheme.

Bitcoin slumped as much as 17% after Tesla cited evidence of the increasing use of fossil fuels for bitcoin mining and transactions.

Since, the dirty money reputation attached to crypto has become harder to shake. European asset manager Candrium last year released a paper warning that cryptocurrencies had a long way to go to satisfy ESG criteria.

But other experts are eager to emphasise the difference between speculative cryptocurrencies and the blockchain technology that makes them possible.

Blockchain is a digitally distributed, decentralised public ledger that exists across a network. Each block in the chain contains a number of transactions, and every time a new transaction occurs, a record is added to every participant’s ledger.

The touted advantage of blockchain is that it is a system of recording information that makes it difficult or nigh impossible to cheat. Its use extends beyond digital currencies to such areas as digital IDs, royalties and copyright, real estate title records, food transfer, healthcare records and managing power systems.

In Australia, for instance, an “energy web chain” is being trialled that aims to allow energy companies to more effectively manage their grid and accelerate the process of decarbonisation.

A key challenge in achieving net zero in the coming decades is dealing with such practical issues as double-counting of carbon offsets. Blockchain proponents say distributed ledger technology could avoid this and boost system transparency.

In the car industry, the French company Renault recently moved its supply chain documentation to blockchain, making it possible to provide real-time certification of compliance to partners, customers and regulators.

Elsewhere, financial institutions are looking at ways to use blockchain technology to create greater efficiency and transparency in intermediary functions such as clearing and settlement and in eliminating manual processes in insurance.

A way to go yet

While the potential applications of distributed ledger technology in many industries, including finance, are exciting, there are also efforts underway to improve the environmental records of cryptocurrencies.

One such initiative is the Crypto Climate Accord, a private sector initiative inspired by the Paris Climate Agreement that aims to “decarbonise the cryptocurrency and blockchain industry in record time”.

However, on the governance front, regulators are still circumspect. In a report released in June 2021, the Bank for International Settlements — a body owned by the world’s major central banks — said digital money should be designed with the public interest in mind  and so far, the privately developed crypto currencies fail that test.

“By now, it is clear that cryptocurrencies are speculative assets rather than money, and in many cases are used to facilitate money laundering, ransomware attacks and other financial crimes,” the BIS report said. “Bitcoin, in particular, has few redeeming public interest attributes when also considering its wasteful energy footprint.”

In short, the much touted heavyweight clash between the twin trends of ESG and crypto looks to have a few rounds to go yet before a winner can be declared.

Do cryptocurrencies serve the public interest? 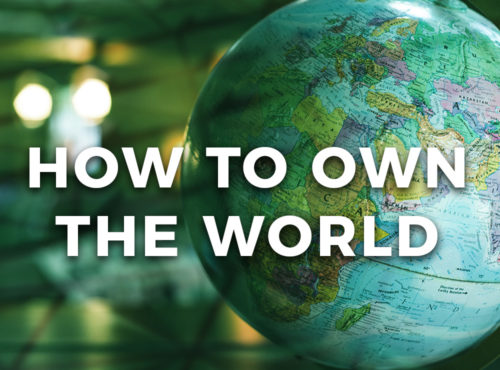 In our fifth article serialising ANDREW CRAIG’s book How to Own the World: A Plain English Guide to... 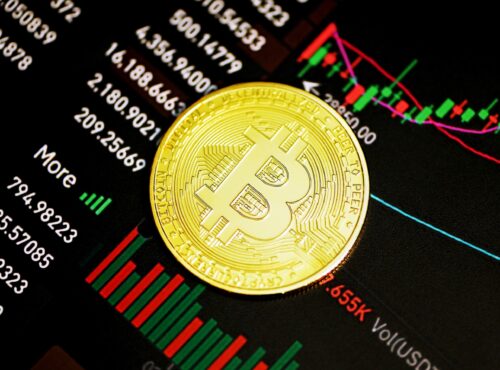 Cryptocurrencies: Do they serve the public interest?

The missing ingredient in the debate over cryptocurrencies to date has been the public interest, according...

What should you make of the big rise in the price of bitcoin last year? Should you be...