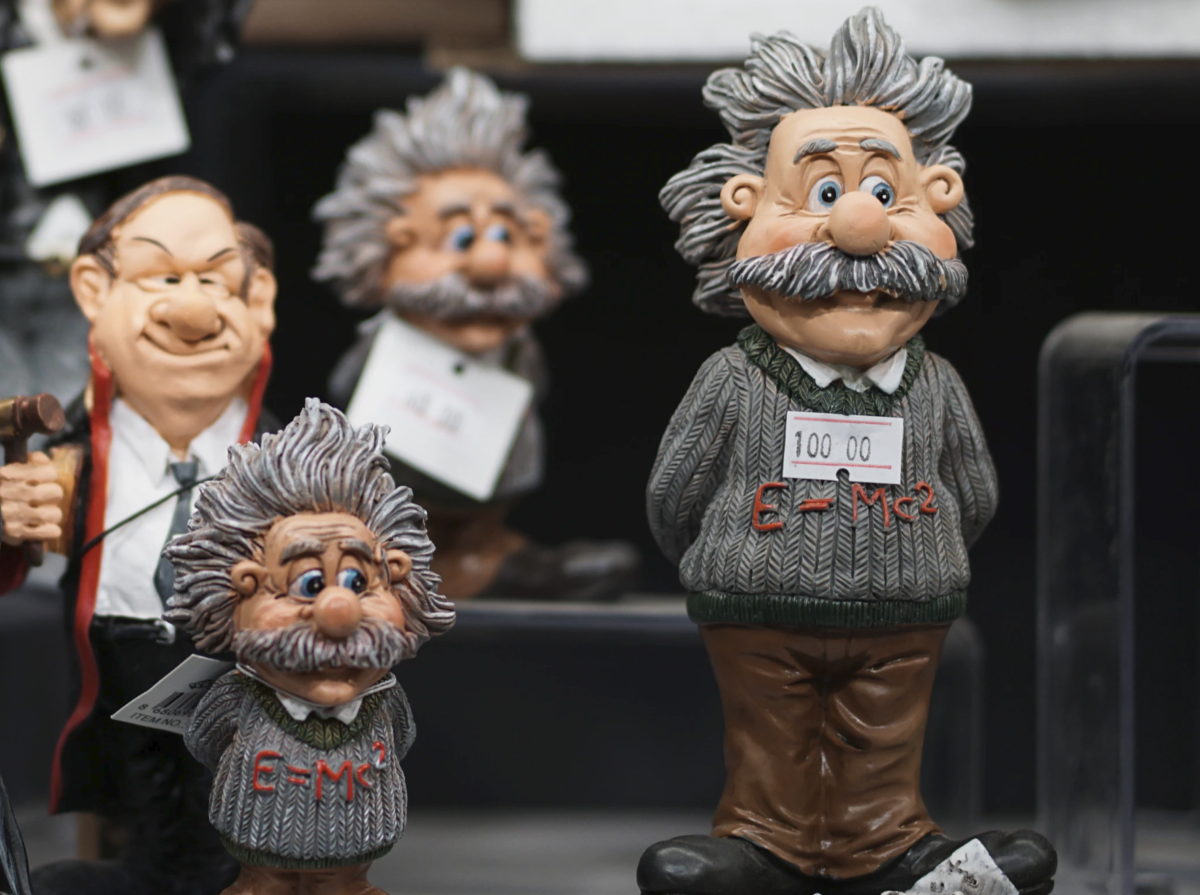 We see compounding at work every day when we build out financial plans for our clients – they are often surprised by the impact that small adjustments can have over the life of the plan.

The concept of compound interest is simple enough – it is the interest that is payable on the previously earned interest. However, often investors don’t realise the impact it has on returns.

Take for example the remarkable story of a lady named Anna Mott. She decided to make a gift of $1,000 to the city of Toledo, Ohio. However, there was one major stipulation; this gift must go to the city’s parks and it must be invested without access for 100 years. The gift was made in 1902; fast forward to 2002 and the value of the gift had grown to $213,000. This demonstrates the effect of compound interest over a long time frame.

Albert Einstein has been attributed as calling compound interest the ‘eighth wonder of the world’. So why aren’t more people investing over long periods? I’d suggest there are two main reasons.

Firstly, some people misunderstand the mathematical side. When asked, many people would say that 10% growth for 25 years is 250%, but it’s actually 985%. The second reason why many fail to take advantage of compounding is because it takes time (lots of time).

Consider this example I came across recently:

Let’s say we played a game of golf and we made a bet of 10 cents on the first hole, with the bet doubling on each hole. What will be at stake after the 18 holes of golf? 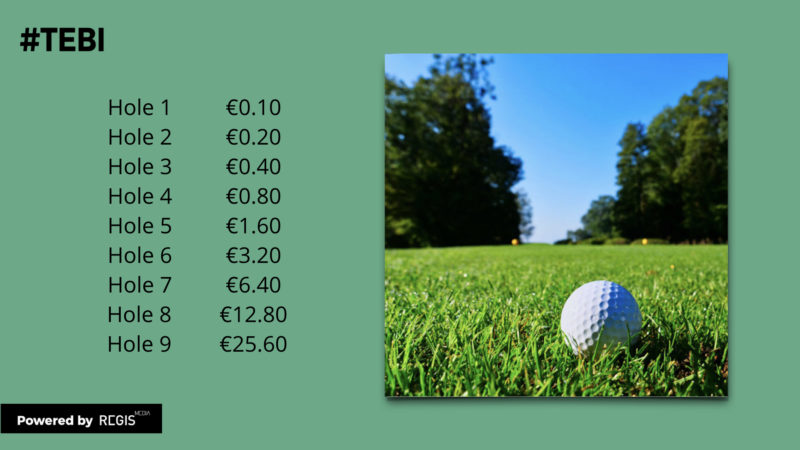 Things start to get serious on the back nine, and by the time we reach the 18th hole we are playing for over €13,000. 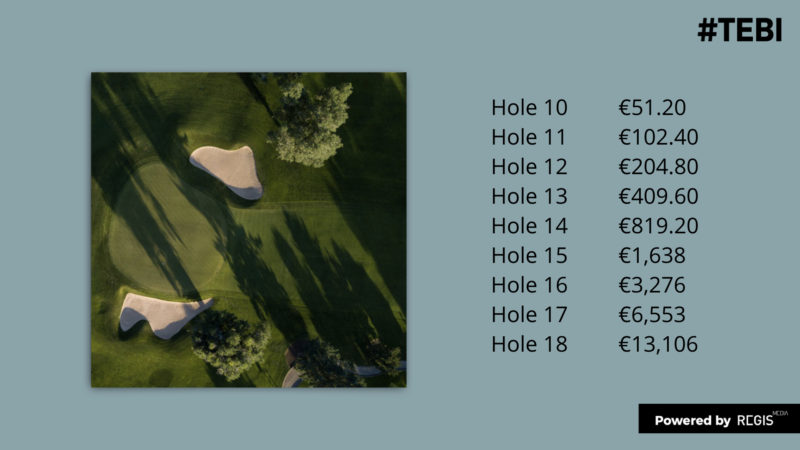 This is an important lesson for how we approach investing money for the long term.

Consider John, who decides to start saving for retirement at age 25. He invests €10,000 per year until the age of 45. At that point, he stops saving and just lets the investment returns work for him. At age 65, assuming a net 6% annual rate of return throughout those years, he will retire with €1.25 million.

Kate waits to save and invest until she is 35. She starts contributing the same amount as John, but does so until the age of 65. At age 65, assuming a 6% annual rate of return she will retire with €838k. 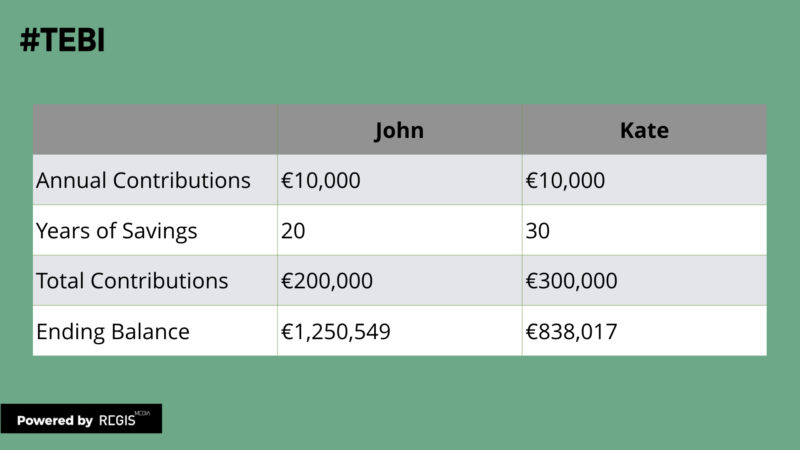 So, while John has contributed €100,000 less than Kate, he ended up with €412,532 more than Kate at retirement. This is due to the power of compounding over those extra 10 years of investment.

Warren Buffet is reported to have had a conversation with Jeff Bezos, in which Bezos (founder of Amazon), is said to have asked the legendary investor why everyone doesn’t just copy his investment approach – ie buying great companies and holding them over the long term. Buffett replied,

“Because no one wants to get rich slowly. ”

For better or worse, this is the game we are in.

For example, if you turn off the TV and commit to reading 10 pages of a book per night, this will mean you read an extra 15 books per year. Over a 20 year period this is an extra 300 books. So, one decision in isolation doesn’t really matter, but the sum total of them over your life can make a huge difference.

Warning: The value of your investment may go down as well as up. Past performance is not a reliable guide to future performance.

Bogle: Seven tips for every investor

Jack Bogle has just written an essay in the Financial Analysts Journal in which he effectively condenses... 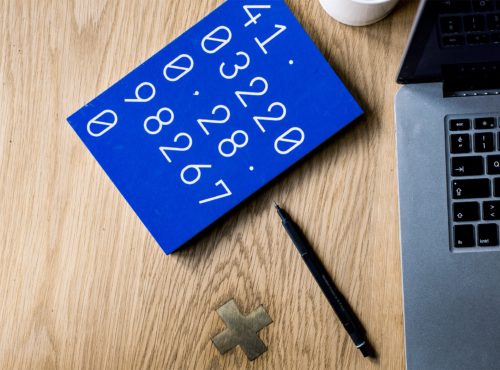 See the difference that saving 1% in costs can make

What sort of impact do fees and charges have on the long-term value of our investments? And... 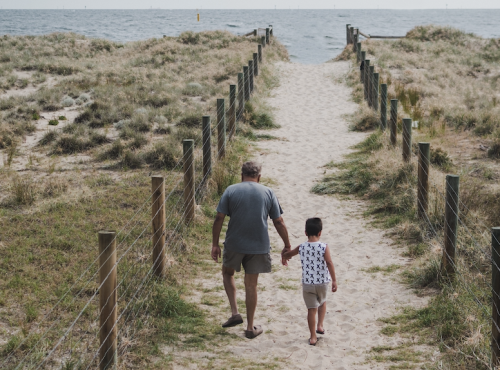 “The historical data supports one conclusion with unusual force: To invest with success, you must be a...