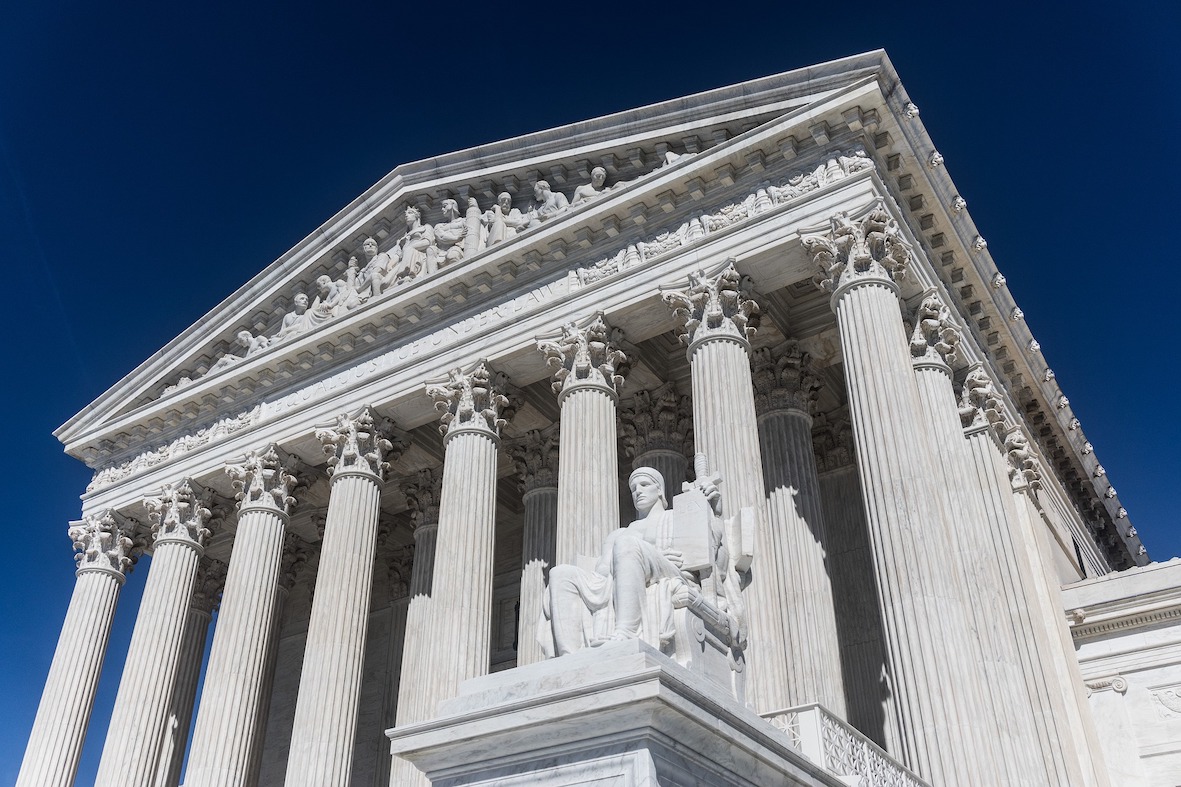 Those with personal pensions are able to take responsibility for their own investment outcomes. But if you’re a member of a workplace pension scheme, you have to rely on the fund trustees (or plan sponsors as they’re known in the United States) to make sensible decisions on your behalf.

The good news is that, at least in the US, scheme members, or plan participants, are starting to sit up and take notice. In many cases they’re taking the trustees to court and, almost invariably, the courts are finding in their favour.

Robin Powell has been talking to JAMES WATKINS, an attorney, based in Atlanta, Georgia, who specialises in cases involving ERISA, the Employee Retirement Income Security Act of 1974. He also helps organisations to set up 401(k) and 403(b) retirement plans and provides fiduciary audits.

In this interview, James explains why a recent ruling by the US Supreme Court gives him hope that the tide has turned against bad advice in corporate pensions and why we might be about to see a big increase in litigation.

RP: James, how did you end up specialising in this particular area of  law?

JW: I actually started in securities. I was a securities compliance director for several broker-dealers, and I got into the ERISA area because a number of the brokers wanted to open accounts and work with the plans. So I learned about the law and then I just got immersed in it. People started calling me and asking me: Do you understand fiduciary law? Can you check our plan to make sure we’re in compliance?

There’ve been some interesting US court cases related to ERISA. Talk me through those.

Yes, in recent years we’ve had three key cases that have really changed the whole landscape of ERISA plans in the US. The problem was that we had courts that were using legal fictions to allow these plans and the plan advisers to evade transparency. With these three new cases, the Supreme Court has basically said: “You’re going to decide: if the plan participants file an action against the plan, you’re going to decide these cases, i.e. whether to dismiss an action based on the merits of the case rather than these legal fictions.”

What are those three cases, and what have the courts said?

The second case was a case called Brotherston. It was a First Circuit Court of Appeals case. One of the problems with the legal fictions that the courts had been using was something called “apples and oranges”. The courts were dismissing cases saying, “You can’t compare the active funds in a plan within index funds.” But in Brotherston the courts said: “Sure you can. In calculating damages, you can use index funds for benchmarking purposes.”

That’s all very encouraging, but I suppose it all boils down to what your definition of “prudent” is?

One of the issues raised in the Northwestern case was, What is acceptable pleading? What do you have to plead for your case to be heard? They didn’t decide that, and they used a plausibility standard. So, going forward, the court is basically saying that you can’t just allege excessive fees. What these plans are going to have to do, then, is to come up with a method to determine prudence. For me it comes down to cost efficiency, and I’ve created a metric for that, which I call the Active Management Value Ratio. But as the court said in the Tibble case, the restatement of trust is an acceptable resource. If you argue cost efficiency, the restatement says that that’s good enough to be prudent.

One of your fellow attorneys, Jerry Schlichter in St Louis, has a very impressive track record in representing plan participants in ERISA cases. For those who aren’t familiar with him, what has his contribution been?

Yes, Jerry Schlichter was involved in this most recent Northwestern case, and he really is the pioneer in this area. He was the first one to bring these actions, or at least the most well-known ones, and he has continued to do so. He started out basically arguing that there wasn’t transparency around costs in these plans. Then he basically just said: “You’ve got to put the interests of the plan participants first.” And that’s his argument even now. He’s coming up with new theories, he’s been very effective, and plan participants owe him a lot.

Are you confident that the tide has turned against bad advice and that plan members are going to have their interests better looked after in the future?

Absolutely. When you look at this trio of cases — and I think there’s an agreement among the legal community here — it clearly means that fewer cases are going to be dismissed. We’ve already seen that. A number of cases were put on hold, pending the Supreme Court’s decision in the Northwestern case, and since the decision was handed down on January 24th, we’re getting a steady stream of reports where the courts are saying: “No dismissal, we’re going to go to trial.” The practical consequence of that is, once you get past the motion to dismiss, we’re going to see a lot of these cases settled, and I think we’re going to see them settle quickly.

It’s good that you and other attorneys are going after trustees who fail in their fiduciary duty, but what about the people who are actually giving them bad advice?

As I say, we’re going to see more litigation against plans, but we’re also going to see more litigation by plans against those who gave them bad advice. One of the problems is that, when a plan has a plan adviser, most of the advisory contracts have a fiduciary disclaimer clause. So the adviser is saying: “We’re not acting as a fiduciary, so we’re not responsible.” The US Supreme Court, in a case called Shaw vs Delta Airlines, said that the plan sponsor can’t sue the advisers for ERISA issues. But then they said that you can sue for the bad advice. So you can can sue them under the common law on issues such as negligence, fraud and breach of contract.

How common do you think those three things — negligence, fraud and breach of contract — are?

I think they’re very common, and one of the reasons why I think they’re very common is that, in too many cases, you’ve got a conflict of interest. A lot of the plan advisers are affiliated with broker-dealers, or they’re registered investment advisers, and they’re not looking out for investors’ best interests. That’s why they try to disclaim the fiduciary standard; they know they’re not acting in the best interest of the plan and its members. The other problem we’ve got is that most of the plan sponsors and their investment committees  don’t know what the law is. They don’t know how to select prudent investments. So they blindly follow whatever advice their plan adviser gives them.

You speak to plan sponsors all the time. How have they responded to the outcome of the Northwestern case?

The decision’s only been out for three weeks, and I’m getting lots of calls from them. They’re mad, they’re furious, because here in the US there’s a six-year statute of limitations. So when Jerry sues a plan, he can go back and look at anything that’s happened in the last six years, and try to hold plan sponsors liable for that.

These plan sponsors relied on these advisers who told them it was OK to offer a mixture of prudent and imprudent options. I don’t know, but perhaps sponsors are going to tip off their plan participants that they’ve breached their fiduciary duties. Jerry will be the leader on this, and I’m sure he’s attuned to it, but the plans followed that bad advice on menus of options are really in a difficult situation.

Finally, James, you’ve recently launched a new initiative to help organisations ensure that their retirement plans are compliant. Tell me about that.

Yes, I’ve teamed with two really good friends of mine on that — Chris Tobe and Rick Ferri. Rick, as you know, is synonymous with low-cost investing, and Chris has a great deal of experience with annuities and fixed-income products. I have experience with securities, as a former compliance director and as an ERISA trial attorney.

The project that we’ve launched is called The Common Sense 401(k) Project, and what we’re doing basically is providing plans with what we term “401(k) second opinions”. Chris and I are going to do the forensic analytics on their plans, and let them know whether or not they’re in compliance with ERISA.

We’re going to look at what you’ve got in the plan right now and see if you have any unnecessary liability exposure. If you do, we’re going to turn you over to Rick, who’ll tell you what investments to pick to get your plan in compliance.

Why did GameStop mania happen?