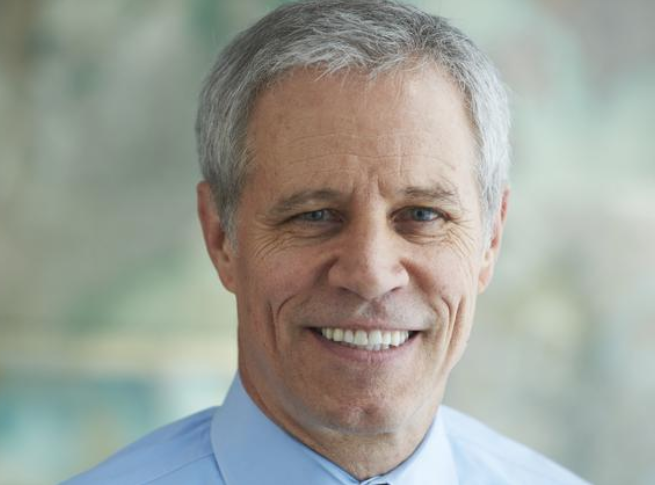 He’s arguably done more to advance the cause of ordinary investors than anyone except the late Jack Bogle. And the chances are you’ve probably never heard of him.

His name is Jerry Schlichter, and he’s the founding and managing partner of the St Louis-based law firm Schlichter Bogard & Denton. His specific focus is on the excessive fees charged by Wall Street firms for managing large company pension schemes. He’s sued both the fund trustees and, in some cases, the fund managers themselves, and his success rate is extraordinary. The cases he has brought have saved employees and retirees more than $2.2 billion annually.

My colleagues and I at the Transparency Task Force had the privilege of listening to a talk by Jerry on Tuesday evening. It was truly inspirational.

The key moment in his career, Jerry explained, came in 2006, when he filed a lawsuit against the Swiss-Swedish multinational corporation ABB and Fidelity Investments on behalf of ABB pension plan members.

“We needed a huge line of credit,” he recalled. “My partners and I put our houses and net worth — everything — on the line.

“The firms said to us, ‘We don’t care how much we pay. We will put your firm out of business.’ We later learned that they had spent $42 million to pay their lawyers alone. Even senior judges encouraged us to give up.

“Losing that first case would have been disastrous. It could have meant bankruptcy for me and my two partners.

“But we won, and that began to turn the ship around.”

ABB refused to settle and launched multiple appeals but finally backed down last year, after a twelve-and-a-half years battle.

The U.S. District Court in the case acknowledged “the significant, national contribution” made by Schlichter and his team. It said they had “educated plan administrators, the Department of Labor, the courts and retirement plan participants” about the fiduciary obligations of 401(k) plan administrators.

Schlichter has also won cases against some of the biggest firms in America, including Boeing, Lockheed Martin, Caterpillar and Kraft Foods.

The New York Times has referred to him as “Lone Ranger of 401(k)s”. Investment News called him “public enemy number 1 for 401(k) profiteers”, Chief Investment Officer described him as “the industry’s most feared attorney”.

“Asleep at the switch”

So, why does Schlichter think trustees have failed to spot bad advice? And why didn’t they question the fees being charged?

In most of the cases he has been involved in, he says, they were simply “asleep at the switch”.

“The trustees are typically human resources people,” he said. “We saw cases where they would set a meeting for 4.30 on a Friday afternoon. Everybody was checking their watch to get out of there.

“There wasn’t any scrutiny because there was no financial incentive. The people on the committee aren’t paid for what they do, and a company’s bottom line is not affect by the performance of the plan. All that risk is on the employee and the retiree.

“So it was opaque. People were asleep at the switch, not caring particularly.

“The US financial services industry figured out that there was an explosion of assets — $5 trillion now in defined contribution plans — and jumped into that space.

“The problem is (the fund managers) are not fiduciaries. So they come in and market their own products, and say, ‘Hey, we’ve got great mutual funds, put those in your plan, and by the way we’ll take you out to dinner or give you some baseball or football tickets if you do this.’

“Nobody’s minding the store. The fund managers want to make as much money as they can. The fiduciaries need to control them, and they don’t.”

In a minority of cases, Schlichter said, his firm has presented evidence of self-dealing — in other words, trustees taking advantage of their position and acting in their own personal interests rather than the interests of employees and retirees.

“I’ll give you an example. In the ABB case, Fidelity came in and said, ‘How would you like to have a free plan?’ So what they did was, they used Fidelity for their own executives’ pension plan, their payroll processing, and health and welfare plan — all of which were furnished at a loss to Fidelity.

“Meanwhile, on the 401k plan, Fidelity were getting more than a 50% profit. So what we had was the employees subsidising their employers’ expenses through their own retirement expenses — a blatant example of self-dealing.”

Asked whether we will now see similar cases in the UK and other countries, Schlichter predicted we will.

“There is enormous financial abuse going on in all forms and in all countries,” he said.

“This is the most profitable industry in the world. The more opaque and under-the-radar the financial transactions are, the more people will operate to serve their own financial interest.

“You’ve got these massive institutions with massive marketing and prospectuses that are 50 pages long that nobody reads.

“That’s why people came to us. And it seems to me the same thing is going on in the UK.”

One potential obstacle to litigation in the UK is that US-style class actions are are not permitted here.

In a class action, a lawsuit can be filed by an individual acting on behalf of a group of plaintiffs. In the UK we have group actions, which involves having to obtain the consent of affected individuals.

This can be a protracted process, and partly explains why the group actions against parties involved in the Neil Woodford scandal have not yet come to court.

That said, I have little doubt that we will see legal action against UK fund trustees and asset managers over excessive fees in company pension schemes within the next few years.

It really shouldn’t be necessary to resort to litigation to protect the interests of pension fund members. But, in the US, that’s what it took to open people’s eyes to the abuses taking place.

The Wall Street Journal once referred to the 401(k) industry as having been “Schlichterized”. UK pensions could do with some Schlichterizing too.

Here are some recent TEBI posts you may have missed which we think you’ll find interesting:

A cautionary tale about chasing performance

Do the markets really care who wins the election?

How much life insurance do you need?

You get what you don’t pay for

We have three partners in the UK:

OpenMoney, which offers access to financial advice and low-cost portfolios  to ordinary investors.