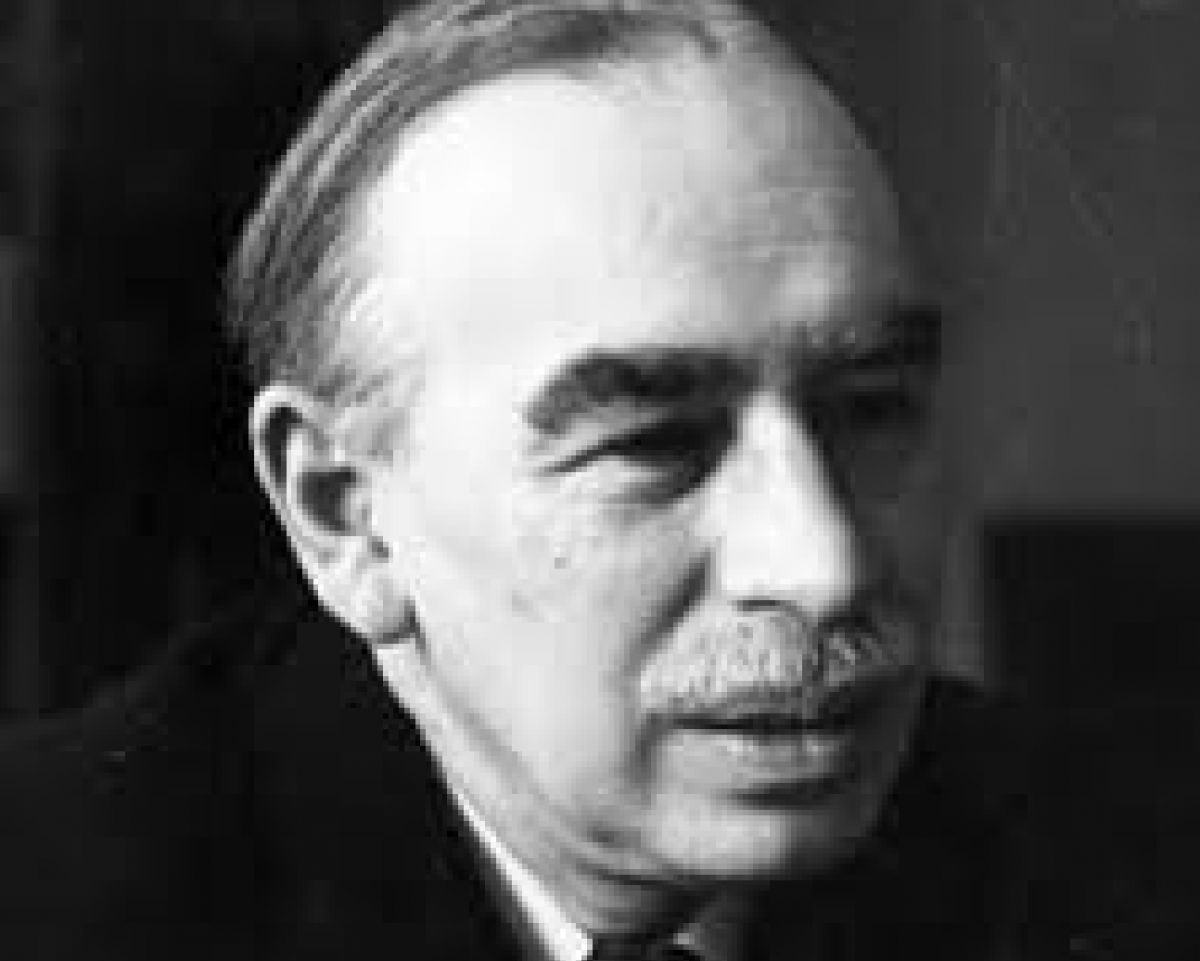 Financial academics have consistently shown that beating the stock market is very hard to do and that very few investment professionals manage to achieve it, on a cost- and risk-adjusted basis, over the long term.

But what if academics themselves turned their hand to active money management? Are economists, for example, with all the intelligence, academic insights, and other resources they have at their disposal, any better at outperforming the market than anyone else?

Unfortunately, the evidence is not very encouraging. Long-Term Capital Management, or LTCM, the hedge fund led which boasted Nobel Prize-winning expertise but flopped spectacularly in 1998, is often cited as an example, but there are several others.

DAVID CHAMBERS, Reader in Finance at Cambridge Judge Business School, is an expert in this area, having studied in detail the investment performance of John Maynard Keynes, the most famous economist of all, and of the world-renowned Yale University endowment.

In Part 1 of this three-part interview, David discusses what lessons we can learn from the experience of Keynes and the Yale Model.

David, thank you for your time. Together with the market historian Elroy Dimson, you have studied John Maynard Keynes’ performance record as an investor. What did Keynes learn from his experience of investing? And what are the wider lessons for investors today?

John Maynard Keynes was the bursar of King’s College Cambridge from the early 1920s up until his death in 1946. That was one of the many investment roles that Keynes fulfilled in his very busy life. He also managed money for himself and he was also involved as chairman of the board of a large-sized investment insurance company, as well as the investment director for another insurance company. But it’s fair to say that the endowment fund that he ran for King’s College — after his own money, of course — was the thing that was closest to his own heart.

Keynes wrote an awful lot about investments and a lot of that material exists in the archives, and some of that material has been covered by other historians, most notably, Robert Skidelsky, who wrote an excellent three-volume biography of Keynes. Skidelsky does touch upon some aspects of Keynes’ investment life and he does talk about the change in the investment approach that Keynes underwent during the quarter-century or so that he was running money.

What we set out to do (in our own research) was to try and document that in much, much greater detail and really bring some colour to that whole story. And what we were able to show was that, indeed, he seemed to have undergone this major shift in the way that Keynes approached running his portfolio.

Explain what that shift in approach was.

It’s fair to say that, in the 1920s, Keynes was running money in what we would call today a top-down or macro kind of style, where he believed it was possible to time entry and exit to the stock market and therefore to switch in and out of equities, bonds and cash according to what he believed the state of the business cycle (or what he called the trade cycle or credit cycle) was. And he pursued this strategy but with a fairly modest amount of success. Most particularly, he failed to spot the collapse that came in the London stock market in October 1929 which was coincident with the Wall Street crash at the same time.

We can see that he failed to spot it because his position, his allocation to equities, within the discretionary part of the portfolio where he had free rein as to how he chose to allocate his assets, was something like 90% of the total assets. So he had this big commitment to equities.

What then happened is that he underwent this sea change in the way that he approached investing. It’s very difficult to say when that move took place — it would’ve been some time in the early 1930s — but he moved towards a position which today we would characterise as a bottom-up stock-picking approach. There was a particular focus on smaller-cap, or smaller-sized, stocks and stocks that had a distinct value bias, where value is defined in terms of dividend yield, for example.

So this was a very significant change, and again, we can see that in his portfolios. We can see this tilt towards smaller-sized stocks, towards higher dividend yielding stocks, and we can also see that the turnover, the amount which he turned over his equity portfolio each year, declined over time. And that decline is consistent with someone moving to a more patient stock-picking approach where they’re trying to adopt a longer horizon in terms of holding the particular stocks that they like.

So as I say, we were able to document this in considerable detail and, I’m pleased to say, as a result of that change, his performance improved quite substantially. So having undergone a relatively disappointing (I’m sure disappointing for him) first decade or so, in the second decade and a half he was much more successful, both for himself as well as for his college. 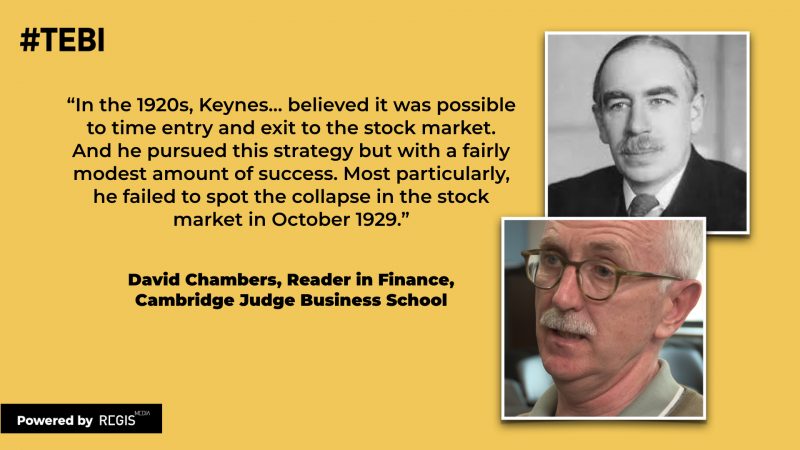 People who run college endowments,, like Keynes did, are often held up as the smartest investors of all. David Swensen at Yale is probably the best example. But what can investors usefully learn from the Yale model, and the investment model of other major universities?

One of the interesting things that came out of the research we did on John Maynard Keynes is that we made a connection between the investment writings of Keynes and his investment experiences, and the writings of David Swensen at Yale. David Swensen became the chief investment officer of the Yale endowment in 1985, and still today is running that fund extremely successfully.

As you say, Yale has become associated with the so-called “Yale model”. The major characteristics of the Yale model are that it has a very equity orientated approach. So it’s looking to invest in equity risk or equity-like risks and it has a tilt towards what we call illiquid assets — things like hedge funds, or private equity, or timber, oil and gas assets. These kinds of investments are not ordinarily as liquid as investing, say, in the stock market.

The Yale model model has, at the same time, this belief in a very active style of investing. David Swensen in fact wrote a very good book quite a few years ago now called Pioneering Portfolio Management, where he set out, in quite a lot of detail, his investment beliefs and how the Yale endowment went about fulfilling those beliefs in investing the portfolio. If you look in that book and if you look in the index of that book, it is sprinkled with references to Keynes and his writings. In another paper that I did with Elroy Dimson, we were able to look at those links and look at what Keynes was doing and how it was that Keynes developed his own beliefs and then draw the dotted line to Swensen’s beliefs.

But how easy is it, in practice, to replicate these sorts of ideas?

Well, one question that arises is: how relevant is the Yale model, or Swensen’s beliefs about investing, for the ordinary investor? And in fact, David Swensen, a few years later, wrote a second book, after Pioneering Portfolio Management, which was called Unconventional Success.

Unlike the earlier book, which was aimed at institutional investors, Unconventional Success was aimed at the ordinary, or retail, investor, if you like. The book was really trying to tell ordinary investors: don’t just pick up the Yale model and apply that to your investment portfolio. It’s something that requires an awful lot of resources and an awful lot of time in terms of sifting through investment opportunities, looking for the best managers, and so on. It also involves substantial amounts of risk and, more importantly, cost — an awful lot of money.

If you’re an ordinary investor, you’re much better off starting from the position of: how do I get equity exposure? You can do that, for example, through passive funds or through ETFs and look to try and keep your costs as low as possible. And be very careful about investing in illiquid kinds of assets. The amount of knowledge that is required to go investing in these areas is very substantial.

Look out for Part 2 of this interview in which David Chambers will discuss the findings of his research into IPOs, or initial public offerings, and how IPO stocks tend to perform after they float.