One of the most exciting things about the stock market is that it offers those on relatively modest incomes the chance to become a millionaire.

Of course, there’s no guarantee it will work. That’s the nature of equity investing. But if you start investing young enough, keep your costs to a minimum, put away as much as you can each month and stay disciplined, it’s possible to achieve financial independence far sooner than you might imagine.

Andrew Hallam, whom I was privileged enough to meet in Dubai in November, is living proof of that. 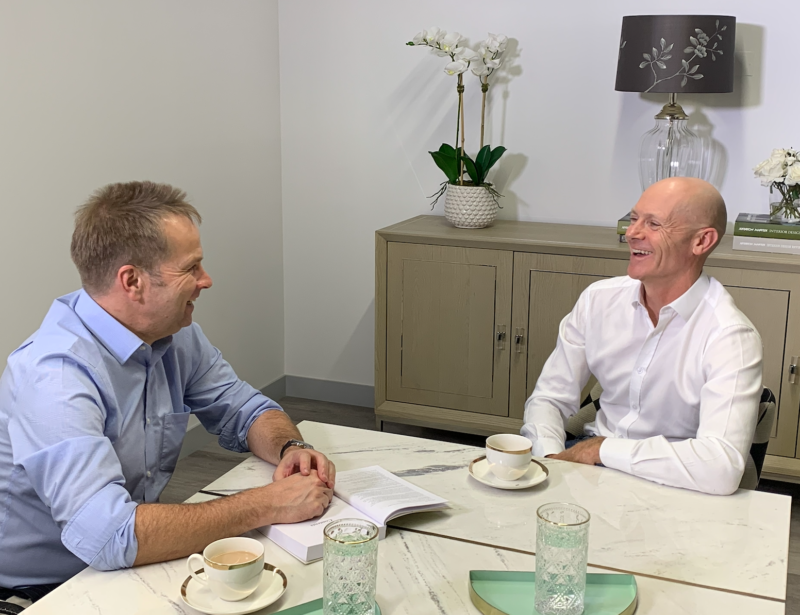 Robin talking to Andrew in Dubai in November 2019

Andrew was born in England but moved to Canada as a child. The family wasn’t in any way wealthy. His dad mended cars for a living, and his mum worked part-time at a retail store, earning slightly more than the minimum wage.

At the age of 19, Andrew met a mechanic who happened to be a millionaire. Andrew wanted to be a school teacher, and that chance meeting made him realise that he too could be wealthy if he put his mind to it.

So, before his 20th birthday, he started to invest. By his late 30s he had built a million-dollar portfolio. He still works when he wants to, mainly writing and public speaking. He’s written two best-selling books, Millionaire Teacher — The Nine Rules of Wealth You Should Have Learned in School and Millionaire Expat: How To Build Wealth Living Overseas Millionaire Expat.

But Andrew spends most of the time traveling the world with his wife, meeting new people and living life to the full.

Over the course of the next few weeks, we’re going to be running a series of videos on TEBI in which Andrew will explain the secret to becoming a millionaire on an average salary. And the good news is, it’s certainly not rocket science.

If you enjoyed this video, you might also like to watch this next one. It was produced by Regis Media for AES International, and in it Andrew explains the benefits of financial independence:

Finally, here are some recent articles of Andrew’s we’ve published on TEBI that you may be interested in:

Are rich people as happy as they think?