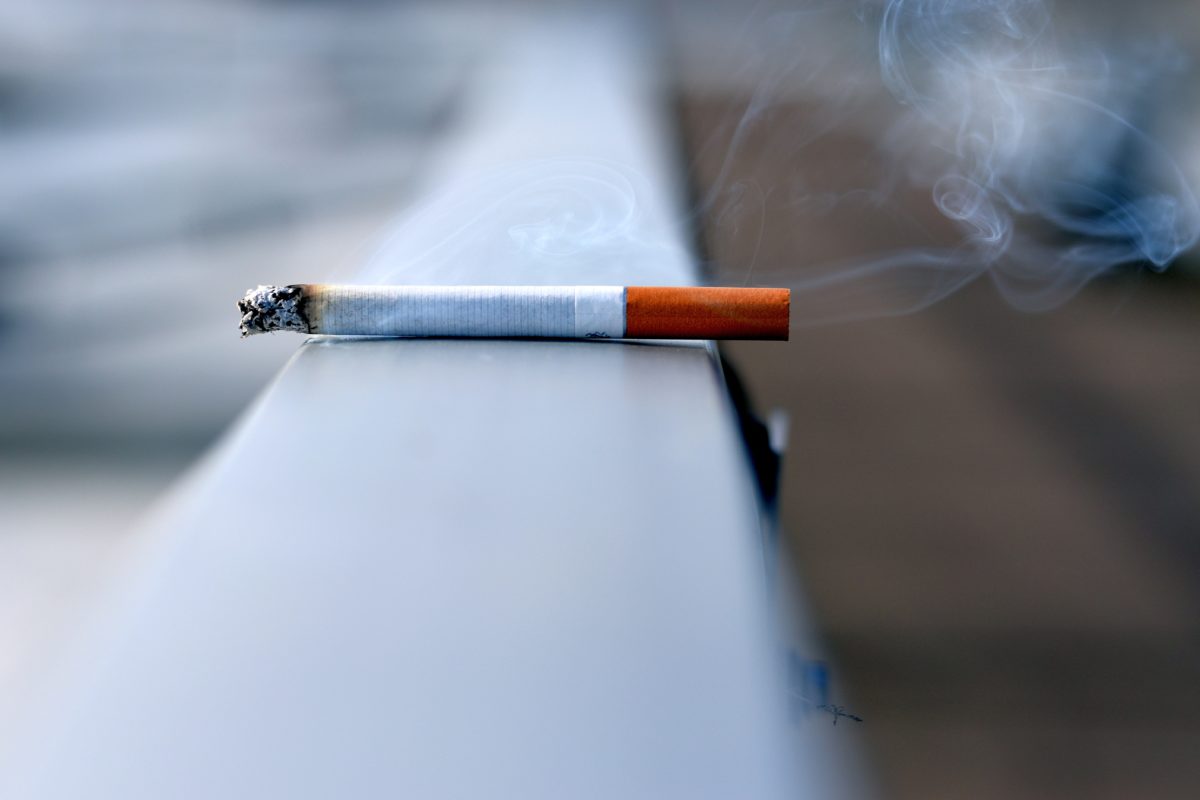 A recent study by Charline Uhr, Steffen Meyer and Andreas Hackethal of the University of Frankfurt looked at the returns of 3,553 investors who smoke compared to those of 10,091 non-smokers. They found that between 2012 and 2018:

That means that if a person has saved EUR 100,000, smokers lose out EUR 2,570 each year in performance compared to non-smokers. And if a non-smoker contributes to her savings plan EUR 1,000 every month, then smokers contribute EUR 1,500 less each year. And this difference accumulates year after year until retirement.

Assume a person who is starting to save for retirement at age 25 and manages to put aside EUR 1,000 per month in a portfolio that has an average return of 3% above inflation in the long run. The average non-smoker who contributes every month until she retires aged 65 will end up with a total portfolio worth EUR 905,000 in today’s money (i.e. adjusted for inflation). Meanwhile, the average smoker will contribute less, earn a lower return and thus end up with EUR 457,000 or about half as much at retirement. Smoking is a pretty expensive hobby indeed.

But let’s be honest, smoking isn’t the real reason for the differences in behaviour. It just makes for a nice clickbait headline.

Smoking was used in the study as a proxy for a lack of self-control. Self-control, or lack thereof, has long been discussed in psychology as the reason for many risky behaviours from drug use to risky sexual and driving behaviour. And the interesting thing about this study is that it shows that a lack of self-control as measured by an addiction to nicotine also translates into worse investment performance.

There are many ways to measure the lack of self-control in practice, but they all have problems in real life. Surveys often are inaccurate and answered by investors in a way that is more wishful thinking than honest self-appraisal. Other indicators of lack of self-control like obesity and the use of illegal drugs are unreliable because they often lead to severe health consequences that reduce an investor’s ability to save or invest. Smoking, on the other hand, is socially acceptable and typically only leads to adverse health consequences at an older age, so it doesn’t typically interfere with the career path of the investor.

Smokers typically lack self-control, and this leads to higher trading activity and higher portfolio turnover. And this is the main driver behind the lower performance of smokers compared to non-smokers. Smokers simply cannot muster the discipline necessary to stay invested and leave their portfolios alone. Instead, they constantly have to tinker with their portfolios and sell one stock in favour of another, etc. And this behaviour costs them dearly.

In simple terms, people with a lack of self-control live life to the max. They drive faster, have more sexual partners in life and want more action in their portfolios as well. And at least in the case of their investments, they pay a high price for that.

Interested in looking at Joachim’s other pieces for TEBI? Check them out below: