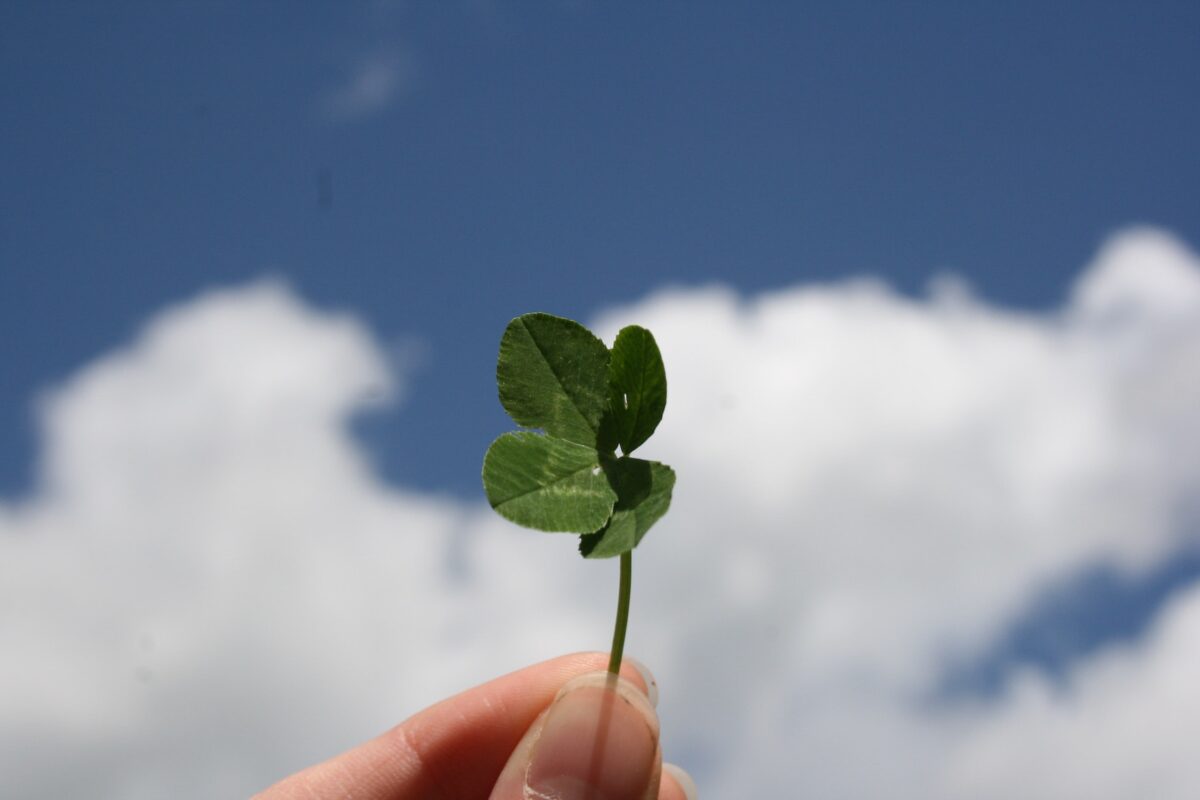 This time last year it seemed that Cathie Wood could do no wrong. 12 months on, America’s most high-profile active fund manager is struggling to maintain her reputation as one of the most successful stockpickers of the last few years.

Her flagship ARK Innovation ETF ended 2021 in a 40% drawdown that only worsened to nearly 50% in the first few days of January.

So what should investors make of it? Was Cathie Wood’s stellar outperformance in 2020 down to skill or luck, or a combination of the two? What, if anything, should ARK investors do now? Do ARK’s current problems tell us anything about the state of the global equity markets? And what are the lessons to learn?

TEBI’s founding editor ROBIN POWELL has been put putting all of these questions to LARRY SWEDROE.

RP: Larry, for those outside the US who don’t know, who is Cathie Wood? And what sort of fund is the ARK Innovation ETF?

LS: Cathie Wood became famous in 2020 when her flagship innovation fund put in a spectacular performance. It went up 157% that year and that gave her a first percentile ranking. That was something she had also achieved in 2017, when the fund earned 87%.

However, in three of the six years after its inception in 2014 the fund didn’t do very well. One year it was 75th percentile, another 98th (meaning almost the worst), and then in 2019 it was 57th percentile. But that performance in 2020 gave it a great five-year track record, and that led to massive inflows of cash. By the end of 2020 the fund was sitting on $21.5 billion, and then it increased even more in the first six weeks of 2021 when the fund again put in a strong performance, and the assets peaked at about $28 billion.

In a column written for Bloomberg Matthew Winkler said Cathie Wood’s magic touch was so powerful that she can trigger gains for funds she doesn’t even run. And she has a mass of following on Reddit.

But, as often happens with people who are thought to have a magic touch, her performance has tailed off dramatically, hasn’t it?

Yes, the fund lost roughly 24% for the year in 2021, but it’s even worse than that because, from its peak in mid-February until year end it actually lost 37%. Investors tend to be naïve performance chasers and they rush in after spectacular returns and then they leave after bad returns. Cathie Wood’s fund went from $28 billion and ended the year at about $16 billion. So the gains came when she had much smaller assets under management, and the worst losses came when the assets were at their highest. The fund also got off to a horrific start in the first trading days of this year.

Do Ark’s current problems tell us anything about the state of the equity markets and where they may be heading? We seem to be seeing a rotation in markets, away from big growth stocks, and tech stocks in particular.

I always like to say, when I’m asked about a forecast, that my crystal ball is always cloudy because nobody can foretell what events will occur that will drive markets. It’s really the unexpected events that cause most of the market’s movements. Investor sentiments can also drive markets, at least in the short term.

What we have experienced in the last two years or so is virtually an exact repeat of what we saw from 1998 through March of 2000. Then you saw these hyper growth companies — these disruptive technologies, to use Cathie Wood’s term — outperform simply because of investor enthusiasm rather than better earnings. Prices went way up, and their PE ratios jumped way up, and that totally drove the excess returns. And that’s exactly what’s happened again this time around. Growth companies didn’t have better earnings yet their stock prices exploded. Today, growth stocks are at least as expensive as they were, relative to value stocks, at the peak of the bubble in March 2000, which meant it was highly likely that we would see a rotation. I think it was a bubble, and is a bubble, and what you’re hearing now is the sound of that correcting.

So what is the broader lesson here for investors?

I would like to tell the tale for your audience of the economist Clayton Christensen. He wrote a book in 1997 called The Innovator’s Dilemma. The Economist called it one of the most important business books ever written. In it he talked about companies that would change the world through their disruptive technologies, and Clayton Christensen was hailed as a management guru and a rising star of the new economy. He was considered the most innovative business thinker in the world.

So, just like Cathie Wood, he created a mutual fund that invested in these disruptive technologies that would topple the market leaders. Well, even before the fund reached its first anniversary, the fund was liquidated — but not before it lost 64% of its value. The only thing it disrupted was the financial health of its investors.

This has happened throughout financial history, hasn’t it? Ground-breaking new technologies emerge which greatly benefit consumers, and yet investors often get their fingers burned.

Yes, I think a great example is the internet and wireless communication. If you invested heavily in the sector in the late 90s you ended up basically bankrupt, and yet the world benefited greatly as the cost of these products and services collapsed. And what people fail to recognise is that it’s often not the innovative disruptive companies that benefit but the downstream companies that deploy that technology. So yes, sometimes the winners evolve early on but then others come and disrupt them and we move on. It’s very difficult to look at the market and try to guess which firms will be the ones that win. The evidence says that very, very, very few people have been able to do that.

Going back to Cathie Wood, do you think her success in 2017 and again in 2020 was down to genuine skill? Or did luck play a part?

It’s very hard to distinguish luck from skill. What I would say is simply this… if Cathie Wood was so skilful, why did she have such horrible performance in the first two years of the fund, and incredibly bad performance in the last 12 months or so? She might have just been lucky enough to be in the right place at the right time. We don’t know.

The problem is this… When you have 10,000 money managers out there — and that’s about how many mutual funds there are — then randomly we should expect half of them to outperform over one year, 2,500 over two years, 1,250 over three years, 625 over four and 320 or so over five years. Yet anyone who outperforms over five straight years we proclaim as geniuses. And the evidence shows the top managers over prior decades often go on to be the worst managers.

There was a fund from the 1970s called 44 Wall Street. It was the best performing fund of that decade. A decade later, $1 invested became ¢27 — despite the fact that the market went up 18 or 19% a year. How could you say a whole decade was just luck? Well, it turned out it was. And you can repeat that exercise almost every decade, and pick a manager who had great performance and then went on to blow up.

Legg Mason’s Bill Miller is another great example. He beat the S&P 500 17 years in a row and then blew up after that. Well as you say that’s just a story but we’ve seen them again.

But regardless of whether Cathie Wood’s outperformance in 2017 and 2020 was down to luck or skill, whatever it was, she appears to have lost it.

Well, if you have skill you don’t lose that skill. It’s not like an athlete who gets older and loses their skill. This is about intelligence, which should stay relatively stable. So my bet is, if I had to place a bet, that Cathie Wood was just someone who got lucky in the right place at the right time. The media loves to anoint stars because that gives them something to write about even though the logic dictates it’s probably noise and there is no real evidence of skill.

Show me 20 years of outperformance on a statistically significant basis and then I’m much more willing to say, yes, here’s somebody who really was one of those rare few individuals who had the skill to beat the market. But investors in general are far better off ignoring that and simply accepting market returns. In other words, they should try to seek betas, not alpha. And the evidence says the odds are great. You are likely to outperform the vast vast, vast majority of professionals.

Having skill is simply not enough because the competition is incredibly skilful and you have to be better than the competition. 90% of all trading today is done by the biggest institutions, hedge funds, the JP Morgans and Goldman Sachs of this world, and they clearly are going to have more information, more data, than you do. So you’re going to be exploited by them when you trade. Even Goldman Sachs, to win, has to outperform Warren Buffett and be smarter than him. That makes it a very tough competition.

No doubt you would say that people shouldn’t invest with managers like Cathie Wood in the first place. But for those who bought into the hype surrounding her, what should they do now?

Well, we are human. We make mistakes. I wrote a book about investment mistakes and I’ve made many of them myself. There are 77 in that book and if I were writing it today it probably would be up to 90 because we’ve learned there are other mistakes.

But what investors should think about is this… Whatever has happened in the past is a sunk cost. It’s irrelevant to your decision-making process. So the question you want to ask is, if I had not invested with Cathie Wood in the first place, knowing what I know today, would I make that investment? The answer clearly should be no.

There’s no logical reason to believe, in my mind, that Cathie Wood should outperform. Therefore if you are owning it, and if you continue to own it, you’re literally making the decision to buy it every day because you could sell it. In other words, if you had the cash, would you go and buy Cathie Wood’s fund today? If the answer is no then you should sell it. That’s a simple way to think about any investment, whether it’s Cathie Wood or any individual stock.

Spending decisions that end up costing a million dollars

What impact have new accounting standards had on quant funds?

Cathie Wood and the risk of disruptive technologies

By LARRY SWEDROE   As the chief research officer of Buckingham Wealth Partners, I’ve been getting...