Highlighting the riskiness of individual stock selection, recent research has demonstrated that around the globe the majority of individual common stocks have generated long-run shareholder losses relative to a Treasury-bill benchmark. The implication is that the large, long-term equity risk premium delivered by the broad stock market was attributable to outsize gains generated by a relatively few high-performing stocks. For example, in his study Do Stocks Outperform Treasury Bills?, covering the period 1926-2015 and all stocks on the NYSE, AMEX and Nasdaq, Hendrik Besssembinder found that:

Jiali Fang, Ben Marshall, Nhut Nguyen and Nuttawat Visaltanachoti found very similar evidence in their study Do Stocks Outperform Treasury Bills in International Markets?, published in the May 2021 issue of Finance Research Letters. Their data sample covered more than 70,000 stocks in 57 countries over the period 1996 through 2017. Following is a summary of their findings:

Expanding on his earlier work, in his June 2021 study, Stock Market Winners: Conditional Probabilities, Elapsed Times, and Post-Event Returns, Hendrik Bessembinder examined the performance of “winner” stocks. He defined winner stocks as those that had achieved a five times gross return from a prior low. He then identified those that repeated the 5x performance one, two or three times such that their cumulative gross return relative to the original low point reached 25x, 125x and 625x, respectively. He then sought to answer the following questions:

Bessembinder’s data sample included the 25,775 common stocks traded on the major U.S. stock exchanges and covered by the Center for Research in Security Prices (CRSP) monthly common stock database between January 1973 and December 2020. His study included dividends and assumed they were reinvested. To assess the average performance of these “winner” stocks in the months before and after the event months (when they achieved the multiple return), he computed both equal-weighted and value-weighted average returns for event stocks for each month, from 119 months before the event month to 120 months after the event month — the return to a “winner” portfolio. Following is a summary of his findings:

Perhaps the most important finding was that there was little evidence of positive market-adjusted returns after the events. The authors noted: “For the value-weighted portfolio, the geometric mean market-adjusted annual return for the ten post-event years is -0.25% for 5x events, 0.34% for 25x events, -0.74% for 125x events, and 1.61% for 625x events. While the last of these is a non-trivial figure, as it compounds to 17.32% over ten years, it is based on a small sample of just 88 events.”

His findings led Bessembinder to conclude that “winner” stocks are not uncommon in the U.S. markets. However, he noted that his findings reveal “little or no evidence that a strategy of investing in those stocks that previously attained a given gross return multiple generates abnormal returns during subsequent months. Stated alternatively, the fact that some stocks generate outsize long-run returns does not imply that the markets are characterised by a form of long-horizon return momentum that can be exploited by simply purchasing stocks with large prior price run-ups.

To be successful, investment strategies that involve concentrated portfolio positions require the ability to reliably discern between stocks where the current market price fully incorporates the firm’s future potential versus those that do not.” And the lack of persistence of performance of active managers, as evidenced in the annual S&P Active Versus Passive Scorecards (SPIVA), demonstrates that the ability to discern future winners is a scarce commodity. And as demonstrated by Andrew Berkin and I in our book The Incredible Shrinking Alpha, the task has become increasingly difficult over time.

Most common stocks do not outperform Treasury bills over their lifetimes. The research findings highlight the high degree of positive skewness (lottery-like distributions) and the riskiness found in individual stock returns. The implication is striking: while there has been a large equity risk premium available to investors, a majority of stocks have negative risk premiums. This finding demonstrates just how great the uncompensated risk is that investors who buy individual stocks (or a small number of them) accept — risks that can be diversified away without reducing expected returns.

The results from the studies we have examined serve to highlight the important role of portfolio diversification — which is said to be the only free lunch in investing. Unfortunately, most investors fail to use the full buffet available to them!

The information presented herein is for educational purposes only and should not be construed as specific investment, accounting, legal or tax advice.  Certain information may be based on third party data which may become outdated or otherwise superseded without notice.  Third party information is deemed to be reliable, but its accuracy and completeness cannot be guaranteed. Indices are not available for direct investment. Their performance does not reflect the expenses associated with the management of an actual portfolio nor do indices represent results of actual trading.  Performance is historical and does not guarantee future results. By clicking on any of the links above, you acknowledge that they are solely for your convenience, and do not necessarily imply any affiliations, sponsorships, endorsements or representations whatsoever by us regarding third-party Web sites. We are not responsible for the content, availability or privacy policies of these sites, and shall not be responsible or liable for any information, opinions, advice, products or services available on or through them. The opinions expressed by featured authors are their own and may not accurately reflect those of the Buckingham Strategic Wealth® or Buckingham Strategic Partners® (collectively Buckingham Wealth Partners).  LSR-21-121

Book-to-market: Is its explanatory power declining?

A duration-based explanation for equity factors

Why young investors should embrace EBI

Which country will outperform next is irrelevant

The Great Wealth Transfer: Are you ready for it?

If I can give up meat, you can too

How do bad advisers manage their own money? 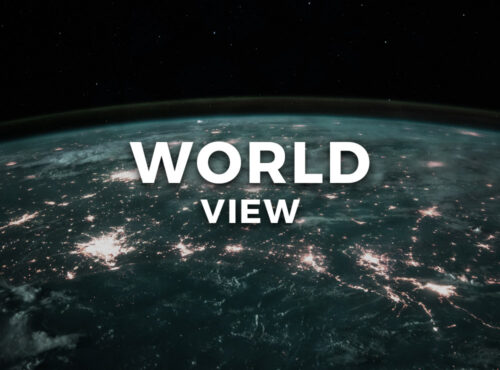