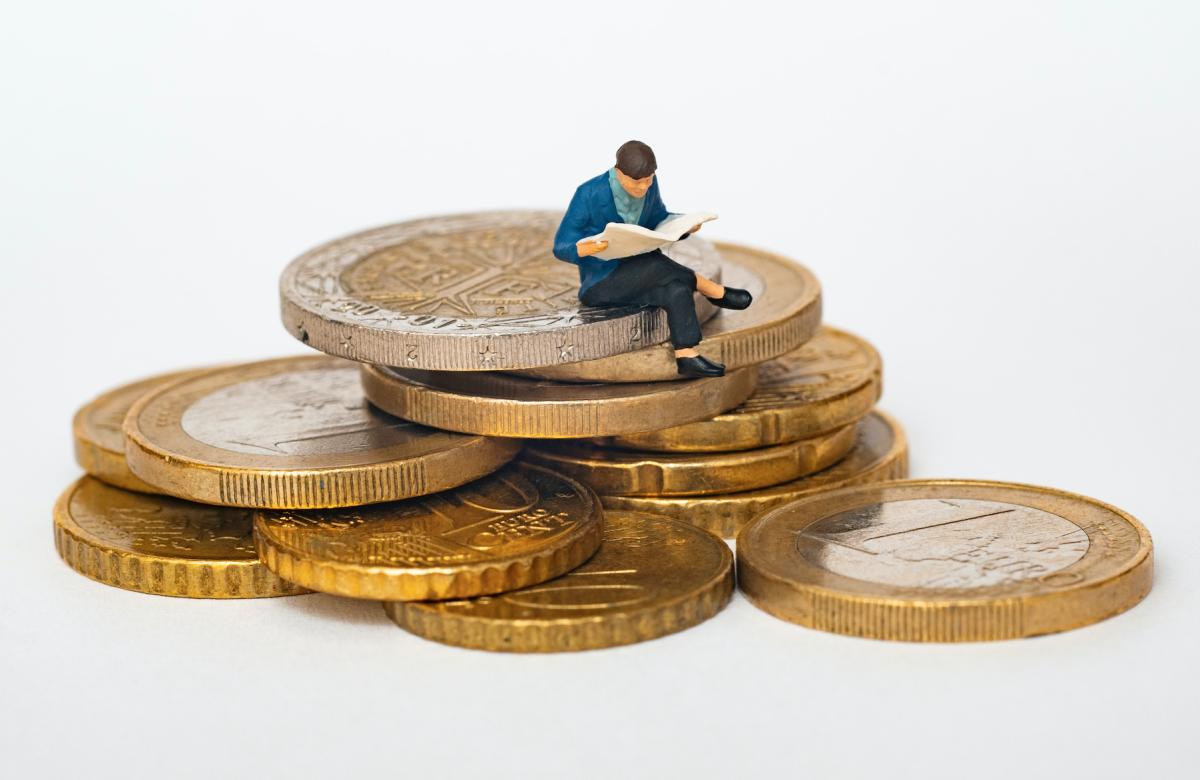 A new book by NICK MAGGIULLI explains how to save and invest — and how to strike the right balance between the two. But no matter how much money you are able to accumulate, most people, says Nick, never actually feel rich. Why is that? And what can you do about it? The author addresses these questions and more in this, the second part of a two-part interview with TEBI editor Robin Powell.

RP: Saving and investing have to go hand in hand. Why do you think saving is so important? And how much should people be looking to save?

NM: Saving is important because you need to save money so you can invest. Is there a right amount? No. Rather than talking about the right amount to save, I like to say “save what you can.” Let’s say you have a low income and you really have to cut your spending to reach your saving target; you’re going to make yourself very miserable if you’re always trying to hit a certain number or metric

Of course there are exceptions. There’s the rich person you know who blows all their money, but those people are rare. On average, if you look at the data, you’ll see that, for most people, more income means more savings.

You should obviously shop around for the best interest rate on a savings account, and if you’re investing in equities, you’ll want a decent return. But, realistically, it’s not going to make a big difference to start with, is it?

Right, it’s just not going to matter that much. Imagine you have $1000 invested. You’re like, “Wow, I’ve got my first $1000”. But if you’re going to get a 10% return in a year, that’s a hundred bucks. I remember when I was 22 or 23 years old, I invested my first $1000. But I was overanalysing it because, at the same time, I was going out in San Francisco with my friends and I could spend $100 in a night easily: drinks, dinner, Uber back home, or whatever. So I spent my entire year’s investment return in one night going out. My investments didn’t really matter because I didn’t have enough money yet. Now, returns matter more because I have more money invested.

So it’s all about figuring out where to focus. In the book I call this “the save-invest continuum”. Everyone’s on the continuum. The first question is, how much can you save in cash in the next year? So, for example, if you can save $500, that’s $6000 a year. And then the other question is, what can your investments earn you in the next year? You have 20 grand, say, and you’re getting a 5% return. That’s a thousand bucks. You have your six grand you can save, you have $1000 that your investments can earn you. Which one is bigger? Your saving. Which means you need to focus more on growing your income, saving more, and getting that money invested, so you can raise the other number. At some point, if you do this properly, that $6,000 might go higher, but then the $1000 return on your investments is going to start growing and growing and, eventually, your investments should earn you about the same that you could save, or even more.

I’m at a point now where, if there’s a really bad year in the market, I couldn’t save my way out of it. I would lose more money than I could save. Imagine someone with ten million bucks. If they lose 10%, that’s a million dollars. I don’t know about you, but saving a million dollars after tax is not easy for most people, even rich people. You have to have a really, really high paying job to do that. So you can see why investing matters for someone with $10 million, and saving matters for someone with $1000. Those are extreme examples, but they illustrate my point, which is: find where to focus. Don’t worry too much about your investments when you don’t have a lot invested. Start thinking about it more and optimise it as that wealth grows.

One point you make in the book is that people never feel rich. What do you mean by that?

The example I like to use is Lloyd Blankfein, the ex-CEO of Goldman Sachs. Blankfein said in an interview, “Oh, I’m not rich, I’m just well-to-do. I’m kind of well-off.” He’s a billionaire, though. So he’s objectively one of the richest people on the planet. There’s no debate here. He’s super rich, I would say, but he doesn’t feel rich. Why is that? Because his friends are Jeff Bezos, David Geffen and so on — people who have ten, 15 or 100 times more wealth than he does. So if those are your friends, you’re not going to feel that rich.

But it seems a little crazy. How could Lloyd Blankfein not feel rich? But think about it. Anyone reading this who has more $93,000 is in the top 10% for wealth on the planet. I would consider someone in the top 10% of the planet to be rich. You might say, “Nick, I only have $100,000, I’m not rich. How can you say I’m rich?” Well, you’re rich relative to everyone in the world. You could say that it’s not fair of me to compare you, say, to a farmer in Bangladesh. Well, Lloyd Blankfein doesn’t think that we can compare ourselves to him. He’s saying, “you can’t compare me to these regular people;  you should compare me to Jeff Bezos and David Geffen.” So you’re making the same argument that he’s making. We’re just splitting hairs about where the limit is.

So my point with saying nobody ever feels rich is that it’s always relative. As you start to gain more wealth, you’re going to start hanging out in wealthier social circles, and you’re going to think, “Wow, I’m not as rich as that person.” You’re always going to be on this treadmill of “I never feel rich”.

You also talk about “the most important asset”. What is that, and why is it so important?

It’s your time. Without a doubt, it’s your time. And that’s the whole point of the book, At the very beginning I have a section headed “How to use this book”. And I basically say that readers should feel free to jump around and figure out which area is relevant for them. I don’t care if you don’t read every single chapter. I just want you to find value and then use your time efficiently. I know time is precious and, because of that, I want to use as little of your time as possible.

Of course, you can read the book in order, from beginning to, end, and enjoy it. There’s a lot of good stuff in there. At the same time though, if you’re thinking, “I don’t need help with saving — I only need to worry about investing,” then skip the entire section on saving and just go to the investing section.

You need to think about how you’re using your time and where you’re focusing your energy. When I was in my early 20s I focused so much time on looking at my investments, and that didn’t really matter. I should have focused more on building my skills, and my career. I didn’t really start doing that until I was 27. I probably should have started blogging sooner, and I should have built my skills up sooner. I was spending all that time on something that didn’t matter anything like as much.

Although your’e now Chief Operating Officer at Ritholtz Wealth, you still see yourself very much as a data scientist. Why do you think people are so sceptical about data and evidence, even when the truth is staring them in the face?

I think data can be used for good, and it can be used for harm too. The issue is that you need context. Context matters. When I give you a data point without context, it doesn’t mean anything. Sometimes you need the details of how something is done.

So context matters, and critical thinking matters. And it’s tough today, especially because there’s so much information out there. It’s hard to validate and verify everything that’s said, so people can use data to weave a tale that’s not necessarily true because it’s out of context. I think that’s why people are sceptical — and they should be sceptical — about data. But at the same time, you have to think critically. It’s not easy, it’s not going to get easier, and it’s probably going to get harder.

I know where the weak points are in my own arguments. Although I argue the case in my book for a “just keep buying” approach, I know there’ve been cases over the decades where it hasn’t worked so well. They’re rare; they do happen, but they’re rare. I know the bad data. So that’s the thing I would urge people to keep in mind when assessing data: be critical in your thinking.

Just Keep Buying: Proven ways to save money and build your wealth by Nick Maggiulli is published by Harriman House.

Is there an opportunity cost of responsible investing?

Investment costs: how even the experts get stung