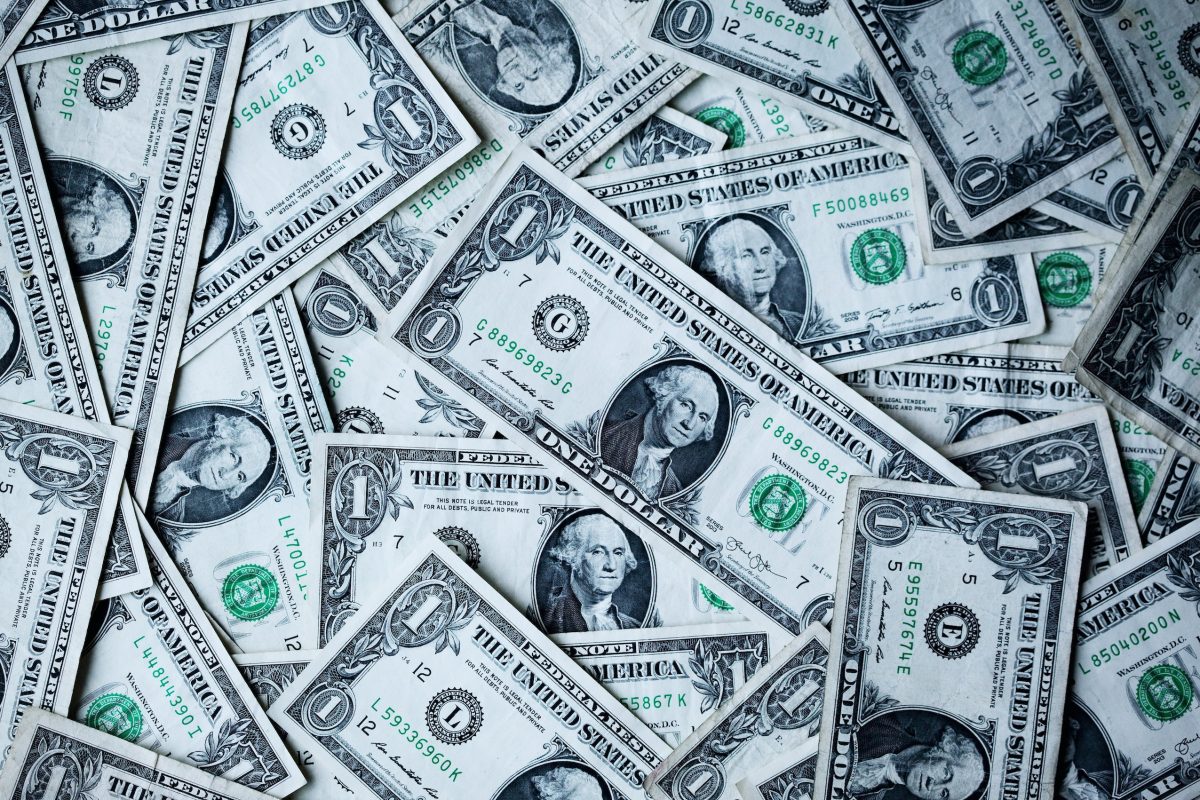 Public debt is on the increase around the world, and, with large deficits projected for the foreseeable future, it’s likely that debt-to-GDP ratios will rise further. What impact will that have on the global economy and on equity markets? How concerned should investors be? And what, if anything, can they do about it? LARRY SWEDROE has been assessing the latest academic evidence.

The massive fiscal stimulus in response to the COVID-19 pandemic, producing the largest deficit as a percentage of GDP the U.S. has ever experienced during peacetime, has pushed the U.S. debt-to-GDP ratio to in excess of 100 percent. In addition, large deficits are projected for the foreseeable future, which will lead to further increases in that ratio. And that is even without considering the negative impact of a return to more historical levels of real interest rates. For example, the one-month Treasury rate has averaged a real return of about 0.5 percent. And the term premium has been about 2 percent. If we assume inflation of just 2 percent, that would place longer-term interest rates at about 4.5 percent, an increase of about 3 percentage points. With about $23 trillion of publicly held debt, that would lead to an increase in the budget deficit of about $700 billion, or about 3.5 percent of GDP. And the debt ratio would keep rising, as the economy is not likely to grow fast enough to reduce it.

The impact of rising interest rates creates a conundrum for the Federal Reserve, as their policy tool is to raise real interest rates sufficiently to slow economic growth and dampen inflation — as Paul Volcker did in 1979. Unfortunately, while raising real rates would slow economic growth and dampen inflation, it would also worsen the debt problem. This has led to concerns about not only the possibility of rising inflation (fuelled by very stimulative monetary and fiscal policies) but also the negative effects on future economic growth.

Why would high public debt have a negative impact on the economy?

With that understanding, we turn to a review of the literature on the concerns about the potential for negatively impacting economic growth once debt-to-GDP approaches the level we are now at in the U.S.

Veronique de Rugy and Jack Salmon reviewed the literature (24 studies) on the relationship between public debt and economic growth in their 2020 paper, Debt and Growth: A Decade of Studies. Their goal was to evaluate the claim that high government-debt-to-GDP ratios have negative or significant (or both) effects on the growth rate of an economy. They found that every study except two found a negative relationship between high levels of government debt and economic growth. And a large majority of studies found a threshold somewhere between 75 and 100 percent of GDP. This led them to conclude that the empirical evidence overwhelmingly supports the view that a large amount of government debt has a negative impact on economic growth potential, and in many cases that impact gets more pronounced as debt increases.

In 2021 the Cato Institute also undertook a review of 40 studies published between 2010 and 2020: The Impact of Public Debt on Economic Growth.” The authors found that “at low debt levels, increases in the debt ratio provide positive economic stimulus in line with conventional Keynesian multipliers.” However, “once the debt ratio reaches heightened levels (nonlinear threshold), further increases in the debt level as a percentage of GDP have a negative impact on economic growth.” In other words, “a nonlinear threshold could suggest that increased government borrowing competes for funds in the nation’s capital markets, which in turn raises interest rates and crowds out private investment, confirming the debt overhang theory.”

Following are some examples of research findings. The authors of the 2011 study by the Bank for International Settlements, The Real Effects of Debt, concluded: “At moderate levels, debt improves welfare and enhances growth. But high levels can be damaging… Beyond a certain level, debt is a drag on growth. For government debt, the threshold is around 85% of GDP. The immediate implication is that countries with high debt must act quickly and decisively to address their fiscal problems.”

The authors estimated that after the threshold, an increase of 10% in the government debt-to-GDP ratio will lower annual economic growth by 0.17-0.18% over the following five-year period. The authors of the 2012 study Is High Public Debt Always Harmful to Economic Growth? found the same negative relationship, though their estimate of the threshold was somewhat higher, at 115 percent (a level the U.S. will reach in the near future).

Dimitrios Asteriou, Keith Pilbeam and Cecilia Eny Pratiwi provide the latest contribution to the literature on public debt with their study, Public Debt and Economic Growth: Panel Data Evidence for Asian Countries, published in the April 2021 issue of the Journal of Economics and Finance. Using data from 14 Asian countries, they analyzed whether rising public debt is harmful for growth in both the short run and long run. These countries experienced two major crises during the 33-year period covered, 1980-2012 — the Asian financial crisis of 1998 and the global financial crisis of 2008—which boosted their public debt-to-GDP ratios. The sample included very poor countries such as Bangladesh, Nepal and India, and wealthier countries such as Singapore and South Korea. These countries provided an interesting test, as in 2010 only two had debt-to-GNP ratios in excess of 67 percent (Sri Lanka at 82 percent and Singapore at 101 percent), while six had ratios below 40 percent. Following is a summary of their findings:

Their findings led Asteriou, Pilbeam and Pratiwi to conclude: “Our results indicate that an increase in government debt is negatively associated with economic growth in both the short and long-run.” They added that “the idea that the negative effects of public debt kick in only at ratios of public debt to GDP of 90% or more may not apply to the Asian economies”.

In light of the relatively lower level of debt-to-GDP ratios of the 14 Asian countries, these findings raise some interesting questions. For example, Is the negative relationship because the increase in public debt is used to finance projects of little worth to future economic growth? Or because it crowds out productive private investment? Or is it because the increase in public debt has benefited a few elites at the expense of increasing the debt burden on the rest of the population? The answer may be a mixture of all three.

The same questions apply to developed nations and raise concerns about future U.S. economic growth, as we recently passed what appears to be the threshold over which the research has found that debt-to-GDP ratios negatively impact growth, and we face an increasing ratio unless strong fiscal policy actions are taken to reverse the trend (which seems unlikely at this point).

One only has to look to Japan, with a debt-to-GDP ratio well in excess of 250 percent (and headed higher) and stuck in a 30-year period of weak economic growth, to raise concerns about our experiment in massive deficit spending at a time when our debt-to-GDP ratio is already in excess of 100 percent (note that other problems, such as an ageing population, have contributed to Japan’s economic weakness).

The takeaway for investors is that their financial plans should at least consider that there might be a negative impact on economic growth caused by rising public debt and that it could lead to lower equity returns. Lower potential economic growth along with the risk of increased inflation, when combined with historically high valuations of U.S. stocks as represented by the S&P 500 and historically low bond yields, should at least raise concerns. Prudent investors plan for these risks. For example, they adjust forecasts of future returns to reflect current valuations and yields (as opposed to relying on historical returns). They may also consider increasing allocations to fixed income assets that are less susceptible to inflation shocks (such as TIPS and floating rate debt).

For informational and educational purposes only and should not be construed as specific investment, accounting, legal, or tax advice.  Certain information is based upon third party data which may become outdated or otherwise superseded without notice.  Third party information is deemed to be reliable, however its accuracy and completeness cannot be guaranteed. By clicking on any of the links above, you acknowledge that they are solely for your convenience, and do not necessarily imply any affiliations, sponsorships, endorsements or representations whatsoever by us regarding third-party websites. We are not responsible for the content, availability or privacy policies of these sites, and shall not be responsible or liable for any information, opinions, advice, products or services available on or through them. The opinions expressed by featured authors are their own and may not accurately reflect those of the Buckingham Strategic Wealth® or Buckingham Strategic Partners®, collectively Buckingham Wealth Partners. Neither the Securities and Exchange Commission (SEC) nor any other federal or state agency have approved, determined the accuracy, or confirmed the accuracy of this article. LSR-22-214

Lifestyle funds: Do they add or subtract value?