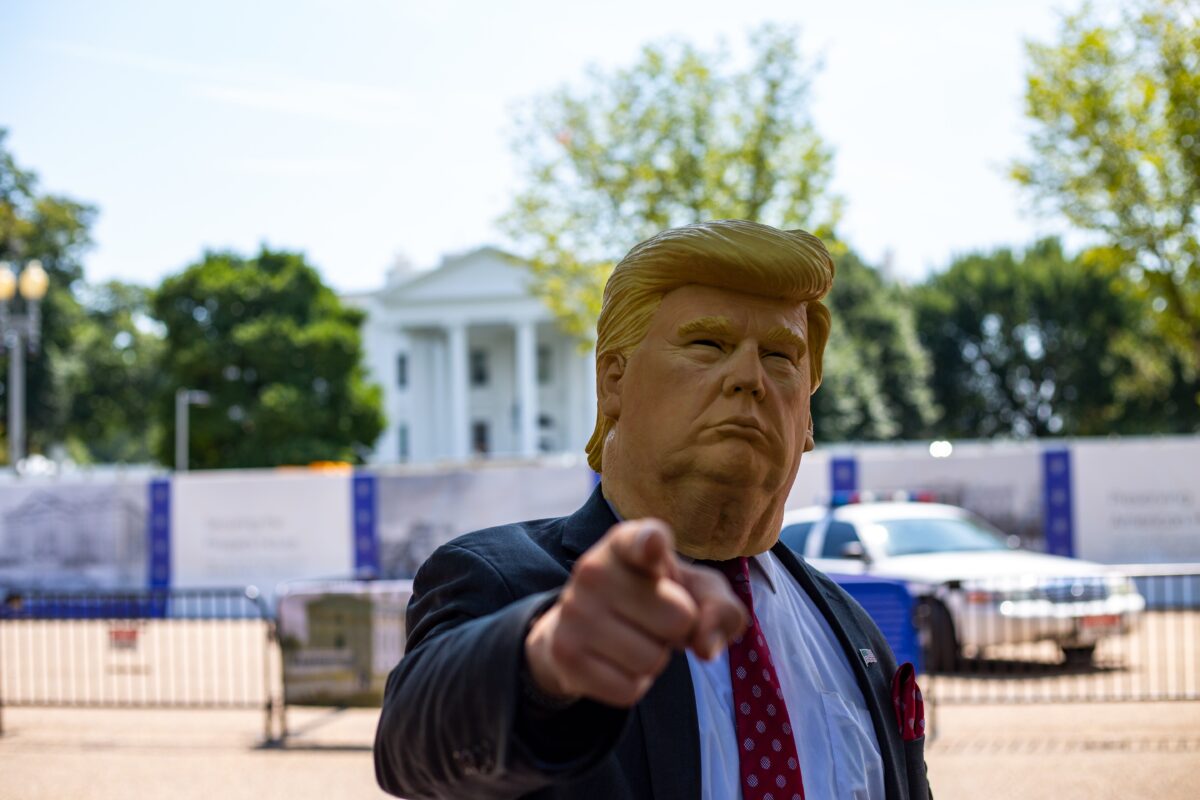 The countdown is well and truly on for the US Presidential election. You might have a hunch as to whether Donald Trump or Joe Biden is going to win. You may also have a strong preference for one of them (I certainly do, though I’ll leave you guessing as to which!)

But regardless of which party, if any, you support, or you think is going to win, it’s important not to let our personal views influence our investment decisions.

You might think that a Biden victory would be good, or disastrous, for the US economy, but the truth is that nobody knows. And, whoever wins the election, the stock market will go up or down for reasons that are largely out of their control.

Markets, in short, have no political allegiance — and they’ll do their own thing regardless of who sits in the Oval Office.

I recently interviewed Dr Tim Edwards from S&P Dow Jones Indices on this subject, and here are his answers to three key questions.

1. Why shouldn’t you allow your political opinions to affect your investment decisions?

“First of all I should just say that there’s nothing wrong with having a political view, but I think translating that into an investment portfolio is maybe not the most productive use of time. There are other more important changes that you can make that are going to have a closer link between what you want to achieve and the outcomes you generate in your portfolio.”

2. So why is it so hard to profit from predicting an election result?

“If you gave me a crystal ball, and it would predict the result of every election over the next year or so, do I think I could make money on that? Yes, I think you could. But on the flip side, one: particularly more recently, politics is quite hard to predict, it’s not easy, it’s embarrassing the experts.

“Second, the reaction you see from the markets isn’t always the one you might expect, and I’d point out the 2016 US election in this context, where at least in the run up to the election, many commentators were saying that if Donald Trump became President Trump there would be a huge sell off in all dollar assets, a sell off in equities, a sell off in bond markets, a sell off in the US dollar. That was the smart view heading into the election, and then of course, in the result, nothing like that happened.”

3. Historically, have markets done better under Republican Presidents or Democrats?

“We can take a look at the strict record, and that says, on average, the Dow Jones Industrial Average and the S&P 500 have done marginally better under the Democrats. However, and this is why it’s disputed, there haven’t been a lot of changes in administration.

“And secondly, it’s incredibly dominated by a few events. So, should we blame George Bush, George W. Bush for the global financial crisis which had really taken hold by the time that Barack Obama took charge? Should we blame Herbert Hoover for the 1929 Great Depression? If you do, you can see why that’s going to have a really strong impact on the data.”

Dr Edwards’ comments are included in this video our colleagues at Regis Media produced for AES International in Dubai:

This video is an example of the regular subscription videos that Regis Media provides for financial advice firms around the world. All of the videos carry subscriber’s branding, and firms can opt to receive either one or two videos per month. If you would like to subscribe, email Sam Willet and he will provide you with pricing and other details.

Other recent articles featuring, or written by, Tim Edwards:

How long will the dividend drought last?

Three points to note on active funds and bear markets