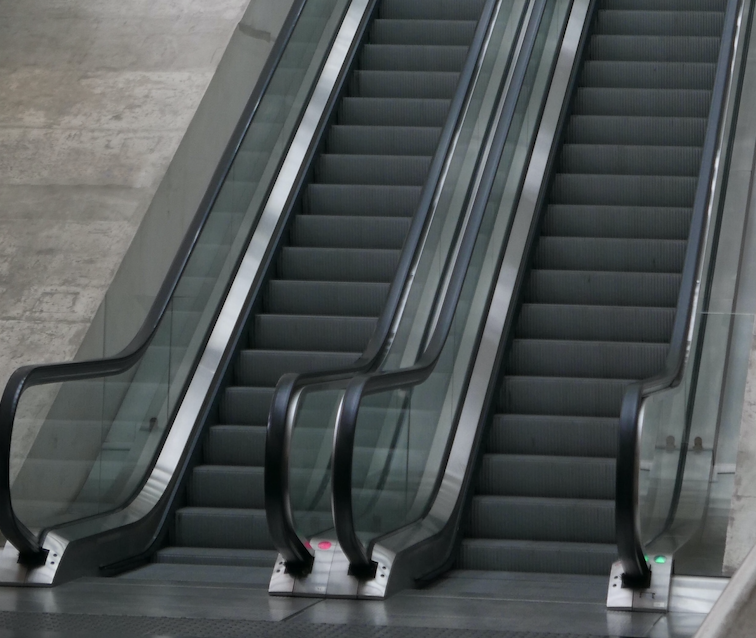 This year’s significant declines in both stocks and bonds dealt a large blow to traditional 60/40 portfolios that relied on the hedging properties of bonds to protect against sharp drops in equity prices. As of the close on May 9, 2022, Vanguard’s Total Stock Market Fund (VTSMX) had lost 17.5%, and their Total Bond Market Fund (VBTLX) had lost 10.4%. Even the safest bonds, U.S. Treasuries, had fallen sharply — for example, Vanguard’s Long-Term Treasury Fund (VUSTX) lost 21.4%. And international equities did not provide much of a diversification benefit, with Vanguard’s Developed Markets Index Fund (VTMGX) losing 16.6% and their Emerging Markets Index Fund (VEIEX) losing 16.8%.

Over the long term, the correlation of the S&P 500 Index to long-term (20-year) Treasuries has been close to zero—over the period 1927-2021, the monthly correlation was just 0.063. However, as Lieven Baele and Frederiek Van Holle, authors of the 2017 study Stock-Bond Correlations, Macroeconomic Regimes and Monetary Policy, noted: “There have been persistent episodes of large negative stock-bond correlations, in particular since the end of the 1990s. For example, the U.S. stock-bond correlations were about 20% during the 1970s, increased to, on average, 40% during the 1980s and the first half of the 1990s, to drop to, on average, minus 20% since 1998. Correlations varied substantially though over these sub periods: Correlations were as high as +70% in the fall of 1994 and as low as -67% in Q2-2003 and Q3-2012.”

The time-varying nature of stock-bond correlations means that safe Treasuries do not always provide the portfolio ballast investors rely on. While negative stock-bond return correlations tend to occur during flight-to-safety (FTS) episodes, during which increased stock market uncertainty induces investors to flee stocks in favor of bonds, positive correlations tend to occur during periods of stagflation (rising inflation and weakening economic growth). With slowing economic growth, risk aversion pushes up the equity risk premium and rising inflation causes bond yields to rise, leading rising correlations to emerge at exactly the wrong time. This is what happened during the first part of 2022, causing distress for traditional 60/40 portfolios.

Baele and Van Holle noted that prior research has found: “When inflation is countercyclical, both equities and bonds are risky and move positively with inflation risk, inducing a positive correlation. When instead inflation is pro-cyclical, equity and bond risk premia are negatively correlated as nominal bonds act as a hedge, inducing a negative stock-bond correlation.” They also noted that prior research has found: “Supply shocks, either good (positive) or bad (negative), help explain the positive correlations in the 1970s, 1980s, and 1990s, while demand shocks in combination with smaller supply shocks explain some but not all of the negative correlations observed since the year 2000.”

Baele and Van Holle explained that the intuition behind the shifting correlation is straightforward: “In the low inflation state, investors are mainly concerned about the economy entering into a deflationary spiral. Accommodating monetary policy (MP) reduces the likelihood of this bad state, and instead makes positive inflation shocks more likely, leading to a drop in bond prices. At the same time, by reducing the likelihood of a deflationary state, a credible MP stimulus also raises growth expectations and hence stock prices. In addition to a pure cash flow (CF) effect, accommodating policy may lead to increasing equity prices through its dampening effects on both economic uncertainty and risk aversion, and hence risk premia, amplifying the initial CF induced increase in equity prices. When instead MP is restrictive, central banks are expected to react strongly to inflation shocks by (more than proportionally) raising short-term interest rates. This does not only lead to a drop in bond prices, but also to lower real output and equity prices, and hence a positive stock-bond correlation.”

Baele and Van Holle also found: “Stock-bond correlations tend to be more related to global rather than to local macro and MP regimes, indicating that such theoretical models should not narrowly focus on the local macro-economic and MP regime, but instead on the state of the global economy and the degree of coordination between the main central banks across the world.”

Henry Neville, Teun Draaisma, Ben Funnell, Campbell Harvey and Otto Van Hemert, authors of the study “The Best Strategies for Inflationary Times,” published in the August 2021 issue of The Journal of Portfolio Management, provided further evidence that equities do not provide a good hedge against the inflation risk of nominal bonds. They analyzed the performance of a variety of asset classes for the U.S., the U.K. and Japan since 1926 to determine which have historically tended to do well (or poorly) in environments when year-over-year (YoY) inflation was accelerating and when the level moved to 5% or more. They defined the regime end as the point at which the YoY Consumer Price Index reached its peak without having fallen below 50% of its maximum annual rate in rolling 24-month observation windows. They observed a total of 34 inflationary regimes across the three markets, eight of which occurred in the U.S.: 4/41-5/42, 3/46-3/47, 8/50-2/51, 2/66-1/70, 7/72-12/74, 2/77-3/80, 2/87-11/90 and 9/07-7/08. These were among their key findings:

The risk that both stocks and high-quality bonds can perform poorly at the same time  is why an investor should consider an allocation to investments that have low to no correlation to both stocks and bonds. These are among the assets  investors could consider:

Demonstrating a recent example of not being correlated with stocks and bonds, through May 9, 2022, while both stocks and traditional bonds performed poorly, each of those funds provided positive returns. Of course, this will not always be the case, as they do have their own unique set of risks and there will be occurrences where this will occur. However, their low correlation, unique risks and related risk premiums provide investors a way to increase diversification, creating a more efficient portfolio by reducing the tail risk of the traditional stock and bond portfolio.

The empirical evidence (for example, as presented regularly in the SPIVA Active versus Passive Scorecards) demonstrates that while the stock and bond markets are not perfectly efficient, they are highly efficient. If markets are highly efficient, then investors should expect all risk assets to have similar risk-adjusted returns (if that was not the case, funds would flow into the higher risk-adjusted returning asset until an equilibrium was reached). And if all risk assets have similar risk-adjusted returns, then investors should consider diversifying across as many unique sources of risk as they can identify that meet their criteria of earning a risk premium that has been persistent across time and economic regimes, pervasive around the globe, robust to various definitions, survives transactions costs and has intuitive risk or behavioral explanations for why the premiums will persist. Each of the aforementioned funds meets those criteria, which is why investors should consider including allocations to them, creating a “risk parity” type of portfolio instead of the concentrated risk of the traditional stock and bond portfolio. For those interested in learning more about the benefits of such strategies, I recommend reading the 2018 edition of Reducing the Risk of Black Swans.

For informational and educational purposes only and should not be construed as specific investment, accounting, legal, or tax advice. Certain information may be based on third party information which may become outdated or otherwise superseded without notice. Third party information is deemed to be reliable, but its accuracy and completeness cannot be guaranteed. Mentions of specific securities are for informational purposes only and should not be construed as a specific recommendation. By clicking on any of the links above, you acknowledge that they are solely for your convenience, and do not necessarily imply any affiliations, sponsorships, endorsements or representations whatsoever by us regarding third-party websites. We are not responsible for the content, availability, or privacy policies of these sites, and shall not be responsible or liable for any information, opinions, advice, products or services available on or through them. The opinions expressed by featured authors are their own and may not accurately reflect those of Buckingham Strategic Wealth® or Buckingham Strategic Partners®, collectively Buckingham Wealth Partners. LSR-22-294

Is there a January effect in small-cap stocks?

Should value strategies adjust for intangibles?

Active versus passive all boils down to cost

Do dividend-paying stocks hedge against inflation?

If you would like to find out more, why not visit the Regis Media website and YouTube channel? If you have any specific enquiries, email Robin Powell, who will be happy to help you.