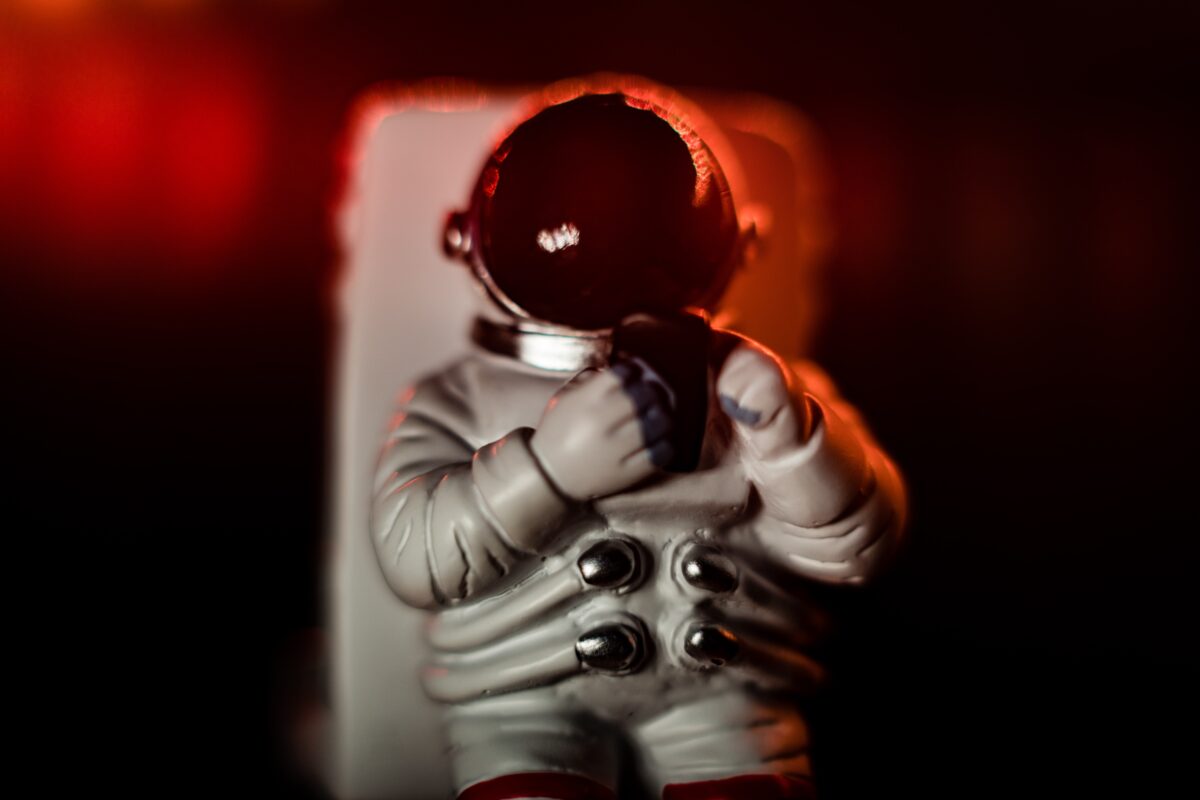 People are making predictions all the time about the economy and the financial markets. But the forecasting track record of even the “experts” is pretty woeful. So, why are we so tolerant of failed predictions? And why do we still our faith in those who who’ve got things so badly wrong in the past? Here are the thoughts of data scientist NICK MAGGIULLI.

The UFOs were supposed to arrive around 4PM on December 17, 1954. At least that’s what the Seekers, a Chicago-based cult group, were told by their leader through a decoded message. The core belief of the Seekers was that the end of the world was near and that “spacemen” were coming to rescue them from this impending doom.

But, as 4PM came and went, the spacemen never arrived.

“What went wrong?” some of the members asked themselves.

The group was forced to rationalise the no-show. Initially, some members of the group suggested that their saviours from space never arrived because a few non-committed members were at the event. This theory was not accepted by the group, so they kept discussing.

Finally, one of the group leaders declared that this had been a “practice run” to test their skills. It was all a drill, and they all had passed magnificently. This explanation was wholeheartedly embraced by all but one member of the group.

However, over the course of the next week, three more rapture predictions were followed by three more failures and three more equally impressive rationalisations.

One such prediction never materialised because it was “another drill”. Another failed because, as the leadership determined, the group’s deep dedication actually prevented the apocalypse from happening altogether. This ingenious excuse changed the Seekers from failed prophets to the saviours of humanity in one fell swoop.

And with each failed prediction, most of the group members stay committed with some of them even increasing the conviction of their beliefs. Here is how one member explained their commitment to the group in the book When Prophecy Fails:

“I’ve had to go a long way. I’ve given up just about everything. I’ve cut every tie. I’ve burned every bridge. I’ve turned my back on the world. I can’t afford to doubt. I have to believe.”

The most amazing part of this story is that out of the 11 members of the Seekers, only two left the group following the string of incorrect predictions. As the authors of When Prophecy Fails note:

“It is reasonable to believe that dissonances created by unequivocal disconfirmations cannot be appreciably reduced unless one is in the constant presence of supporting members who can provide for one another the kind of social reality that will make the rationalisation of disconfirmation acceptable.”

In other words, if you have a social support system, any such conflicting beliefs can be overcome with rationalisations. This is evidenced by the fact that the two members who left the Seekers were the ones most isolated from the group.

This brings me to my main point.

It’s been a week since the long-awaited Bitcoin halving, and it appears that the massive price increase that was supposed to occur, never materialised. Everyone who claimed that, “the Bitcoin halving isn’t priced in,” and that a drop in supply would lead to a big increase in price was clearly in the wrong.

However, I know that this unfortunate fact won’t matter to the diehard HODLers of Bitcoin anyway. After all, it didn’t matter when these BTC price predictions failed to come to fruition: 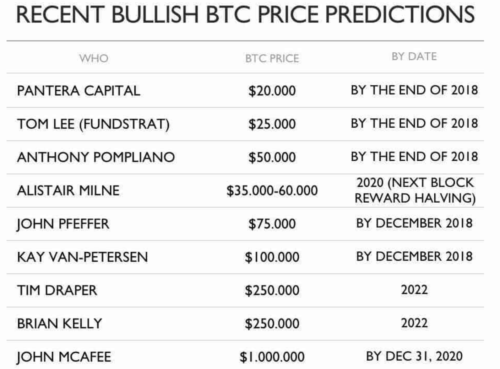 And won’t matter when future ones fail either. 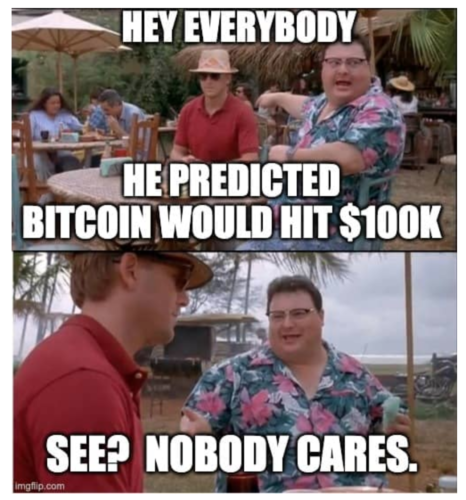 In all seriousness, I used to think that making predictions that turned out embarrassingly wrong was bad for your image, but I’ve slowly begun to realise that most people, but especially devout followers, don’t really care.

Why? Because it is so easy to rationalise the failed predictions after the fact without causing any long-term reputational damage.

For example, do you think that fans of Elon Musk cared when he got this COVID-19 prediction so gloriously wrong?

How do I know?  Because look at the level of engagement on this tweet response illustrating Elon’s massive error: 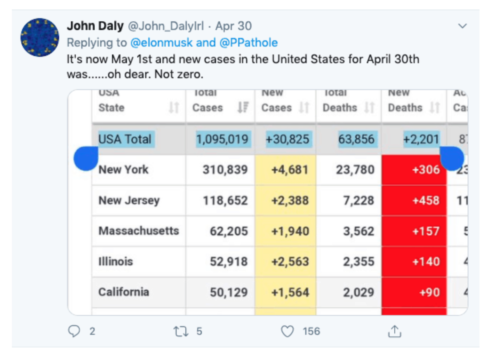 And when I’ve tweeted similarly snarky replies towards individuals with equally wrong predictions, do you think this caused a mass exodus among their followers? Not a chance.

Just like the Seekers who remained committed in the midst of conflicting evidence, most people can overcome cognitive dissonance with the right amount of social support. You can say the same thing about Bitcoiners, permabulls (like myself), and, dare I say, value investors.

After all, the prophets of AQR have come down from the mountain top yet again to tell us why now is a fantastic time to invest in value stocks. This is only seven months after they nudged us to “sin a little” in value’s direction. So, does that imply that today I should be sinning a lot? Should I become the Lucifer of value investing?

Despite my sardonic tone, I am not implying that value investors or Bitcoiners are apart of a cult, only that the same mental processes are at work within these groups as well. Reducing cognitive dissonance is a hell of a drug.

This explains why most followers won’t abandon the faith when their leaders get things wrong. Because failed predictions never really mattered. Just think of how many famous politicians and business leaders have made terrible predictions, yet are still revered.

For example, Steve Jobs said that the Segway would be “bigger than the PC”, Steve Ballmer laughed at the unveiling of the iPhone, and Alan Greenspan called for double digit interest rates after 2007. All of them were dead wrong, but, who cares?

In honour of this recent revelation, here are some predictions I have for the next decade:

Nobody cares about your failures

You may not agree with my predictions, but that’s okay. Because if I’m wrong, I know you won’t really care, will you?

This really hit home for me after reading a post from fellow blogger Four Pillar Freedom where he discussed what he has learned since he turned 18:

“The world isn’t watching you as closely as you think. Take more chances. Your failures will mostly go unnoticed. And those who do notice rarely care.”

And it’s so true. We tend to forget that most people are so worried about their own problems that they don’t have time to think about your own faults. This is why, earlier this year, I wrote:

“When people don’t like your work, the response isn’t negativity, but silence.”

But that silence is soon forgotten. Let me prove it.

How often do you think about my “less than stellar” blog posts?

I already know your answer — never! Because, why would you?

You will forget one of my mediocre blog posts much more quickly than I ever could. Well, guess what?

The same thing is true for any of your failures as well. They will mostly be forgotten by most people. But if you are still sceptical, consider what one of the greatest athletes of all time had to say about failure:

“I missed more than 9,000 shots in my career. I’ve lost almost 300 games. 26 times I’ve been trusted to take the game winning shot, and missed. I’ve failed over and over and over again in my life. And that is why… I succeed.”

This article first appeared on NICK MAGGIULLI’s excellent blog, Of Dollars and Data, and is republished here with his kind permission.