There was a brilliant review of Owen Walker‘s account of the Woodford scandal, Built on a Lie, in The Times on Saturday by Edward Lucas.

Here are some of the highlights.

This book should be sold with a bottle of blood-pressure pills. Even readers who (unlike me) did not lose money from the collapse of Neil Woodford’s investment funds will be furious. The financial system should turn savings into investments cheaply and effectively, rewarding prudence and innovation, and allowing us to plan our lives, and particularly our retirement, with peace of mind. Instead, it provides grotesque rewards to insiders when things go well, and allows them to dump the losses on the rest of us when they go wrong.

Owen Walker… paints a picture of complacency, incompetence and deceit that allowed Woodford, arrogant and naive in equal measure, to splurge his investors’ cash on half-baked schemes, covering up the results with financial jiggery-pokery and outright lies.

(Woodford) was playing with fire. Investment funds, like banks, are inherently risky: customers have the right to be repaid quickly, but their money may be tied in long-term holdings. That is why these businesses are regulated. But Woodford found the rules an onerous constraint on his genius. He first bent and then broke them, Walker alleges, lying to investors and regulators about what he was doing.

It is particularly shocking to read about the goings-on at Hargreaves Lansdown and St James’s Place, two of this country’s best-known (I was going to write best-regarded) investment advisers, which blithely encouraged their customers to put savings into Woodford’s ill-run empire. Some behaviour was “close to insider trading” reads one (probably well-lawyered) passage. Anyone reading this book might wonder whether these people should be trusted to run a raffle, let alone be the well-paid custodians of other people’s retirement savings.

On the role of Link

It would be nice to know more about Susan Searle, who was in charge of Link, a company that was supposed to ensure that Woodford’s funds obeyed the rules. What on earth did Searle and others think they were doing in return for their money? Like Woodford, these people are not quoted in the book; it would be cheering to think that they will be made to answer some questions at some point. (I approached Searle for comment: she didn’t reply.)

Why does our financial system work so badly and so expensively; why are the rules so weak, and those who enforce them so wet? One wonders how many more supposed pillars of our system have yet to see their flaws exposed… But the silence from most of the financial world is deafening. The only sounds are the glug-glug of confidence draining from the system, and the distant popping of champagne corks, at a party staged at our expense.

Built on a Lie by Owen Walker is published by Penguin Books.

Did you invest with Neil Woodford?

The law firm Harcus Parker is bringing a collective action against Link Fund Solutions on behalf of Woodford investors.

If you hold, or have held, shares in the LF Equity Income Fund (formerly the LF Woodford Equity Income Fund) (the ‘Woodford Fund’) either directly, through an intermediary or in your SIPP, you may be entitled to claim for compensation.

To find out more, go to WoodfordClaim.com. You can join the claim by filling in your details.

How “Britain’s Buffett” lost the plot

How “Britain’s Buffett” lost the plot

By ROBIN POWELL     “Know your circle of competence, and stick within it.” — Warren Buffett ◊...

The Neil Woodford saga is a stain on the investing industry. Launched in June 2014, the...

A new book on the collapse of Woodford Investment Management has detailed the pivotal role played by...

The latest on the Woodford Equity Income scandal

It’s been more than a year and-a-half since the Woodford Equity Income fund, run by the...

By ROBIN POWELL   To quote the author of an excellent new book on the Neil Woodford... 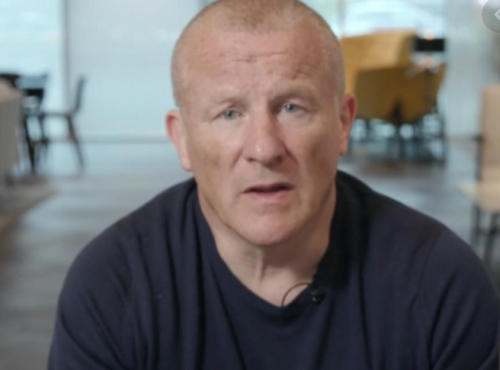 This article by ROBIN POWELL was originally published by the Suitable Advice Institute.   It’s easy to...

A new book on the Neil Woodford scandal is about to be published. When the Fund...