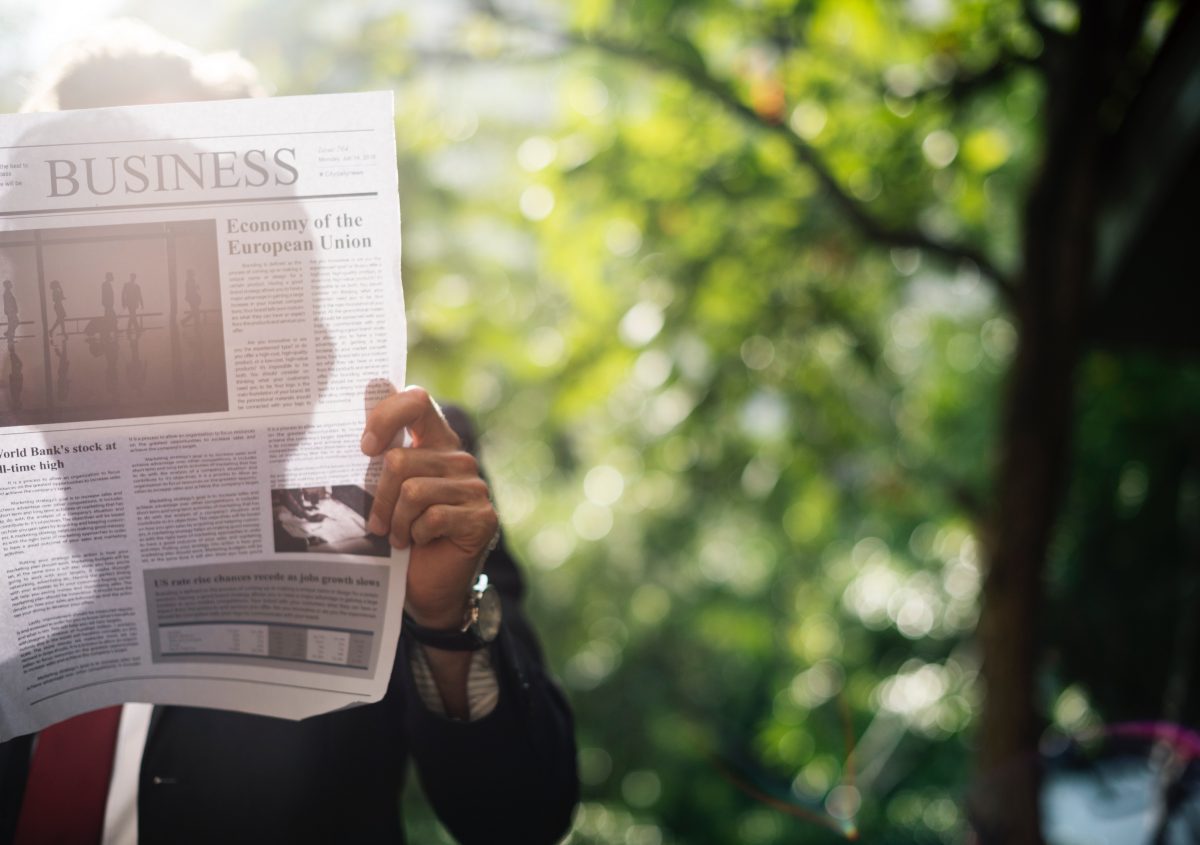 Yes, the cost of index funds is (or at least should be) a huge attraction. But another advantage of them that’s often overlooked is that they are the ultimate diversifier. As Jack Bogle once put it, indexers don’t look for needles; they buy the whole haystack.

Ah, active management advocates say, but if you buy all the stocks in the market, you buy the duff ones as well. Or, to quote the Twitter correspondent  below: “If your (sic) tracking an index, company’s (sic) suffering the most will be a drag on returns. Active funds can avoid these companies therefore reducing losses. Simple!!” 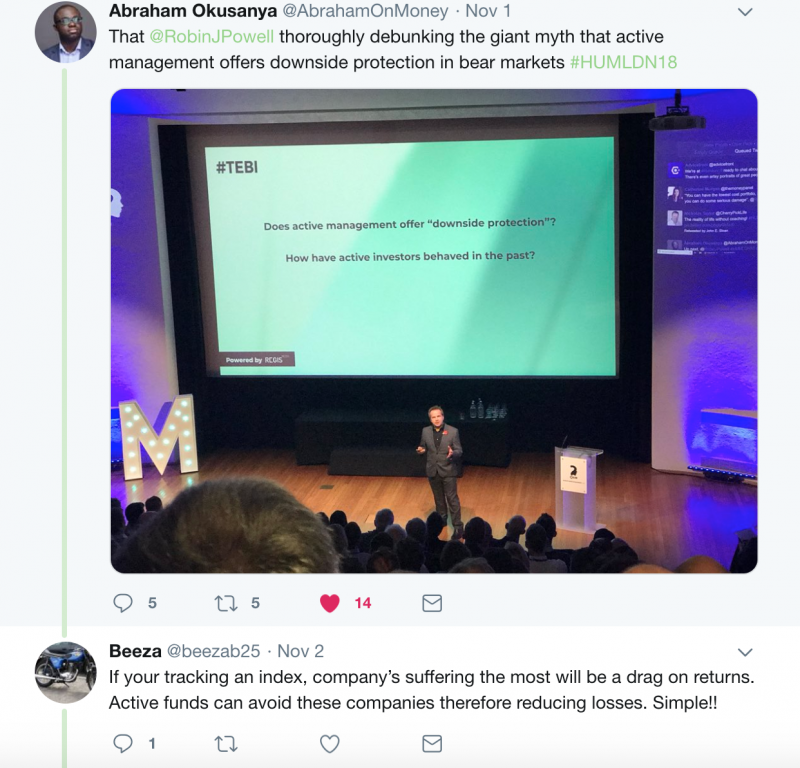 On the face if it, our Twitter friend has a point. A study last year by Professor Hendrick Bessembinder, a professor at Arizona State University, found that between 1926 and 2016, most US stocks not only underperformed the market but they underperformed Treasury bills as well. Yes, you read that correctly, most stocks were outperformed by one of the dullest and safest investments you could have bought — short-dated US government bonds.

If index funds had existed for that entire 90-year period, they would have contained all of those underperforming stocks. Why, then, you might be wondering, would anyone want to by an investment product which will guarantee you own a whole load of losers?

That question is answered in an excellent article by Alex Bryan in the September edition Morningstar’s ETFInvestor newsletter. You can either download the article via the Morningstar website, or you can read an abbreviated version of it here.

As Bryan explains, it’s all to do with what statisticians call positive skewness. Simply put, a very small number of stocks are responsible for the lion’s share of equity returns. In the period Bessembinder looked at, he calculated that the best-performing 4% of US stocks generated all of the market’s gains. In aggregate, the remaining 96% of stocks collectively matched the returns from Treasury bills.

So the median (or middle) return, was negative. But, thanks to the big winners, the mean (or average) return was far higher.

Remember, too, that the downside of a stock is capped at -100%. In other words, the worst that can happen is that a stock will lose all its value. But the upside is unlimited — it can grow in value hundreds of times over. Indeed, Bessembinder showed how positive skewness compounds over time, as the winners continue to grow at a faster rate than the losers.

Why all this matters, says Bryan, is this: “It suggests that investing in a concentrated portfolio is a bad idea because the opportunity cost of missing the market’s big winners exceeds the benefits of avoiding the (many) losers.

“The data is clear: The more concentrated a portfolio is, the greater the risk of missing out on the market’s biggest winners and underperforming… It is hard to identify the market’s big winners ahead of time, and more difficult still for a concentrated manager to ride those stocks all the way up because doing so would eliminate any semblance of diversification.

“It is also difficult to hold on to winners because their valuations likely become stretched along the way, which may tempt managers to sell to lock in the gains and invest in a more attrac­tively valued alternative.”

As Bryan concedes, “concentrated active managers who do catch some of the big winners can crush the market, but the odds are stacked against them.”

It’s a point that reminds me of an observation made by market historian Elroy Dimson in a recent interview with TEBI. Successful stockpicking, Professor Dimson explained, is far harder than simply identifying the next up-and-coming sectors. “Think back to the beginning of the 20th century,” he told us “Should you have invested in automobiles? Well, most people would have chosen the wrong automobile company; and most of them went bankrupt.”

You could, of course, have bought shares in Ford or General Motors. But, the odds of picking just one, let alone both, of those stocks, and avoiding the hundreds of others that failed, were very slim.

So, how do you make sure that you own all of tomorrow’s winners, or at least as many of them as are currently listed on the markets? The best starting point is to buy a market-cap weighted global index fund containing a very large number of stocks.

To boost your returns, you may also want to consider tilting your portfolio towards the specific characteristics that have been shown to outperform the broader market over the long term — particularly size, value and momentum. But even then, to avoid missing the winners, the broadly diversified indexing approach is far superior to picking an actively managed fund.

Sure, picking a concentrated active fund run by a high conviction manager might be preferable to paying active fees for a closet index tracker. But, statistically, you have to expect to lose, relative to a genuine, low-cost index fund.

Yes, index funds do contain the losers, but the crucial difference is that they contain all the winners too.

Positive skew & the near impossibility of consistent alpha

Positive skew. If you read nothing else today, read this. It’s an article by Oliver Renick for Bloomberg...

Can you improve returns without increasing risk?

One of the most important concepts for investors to understand is the link between risk and return. Generally...