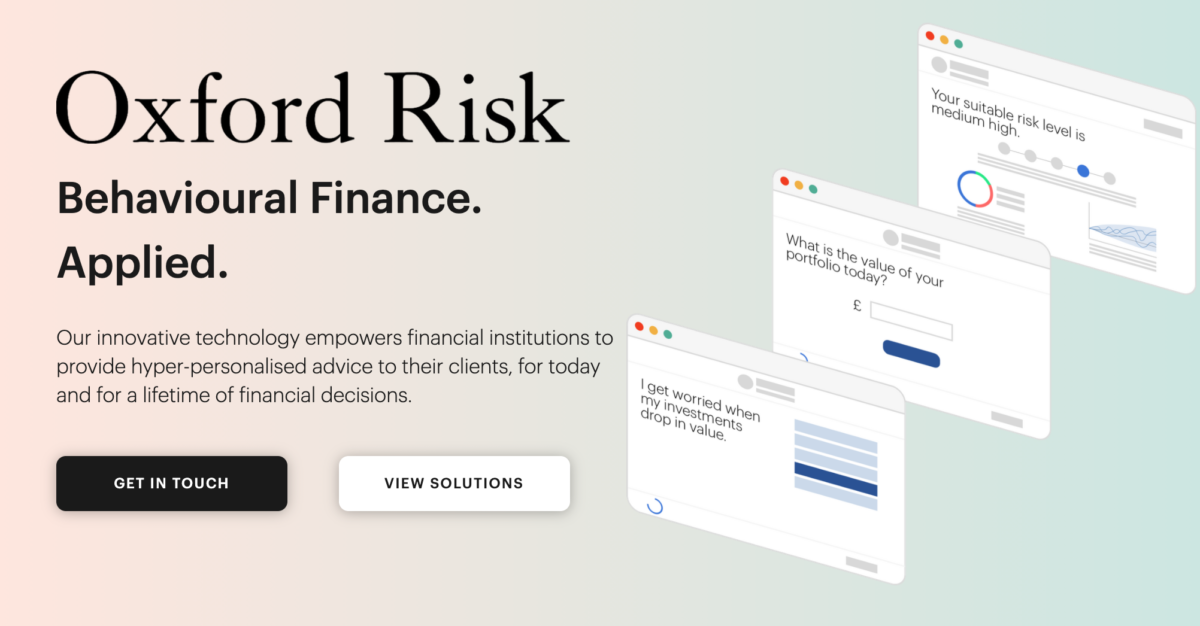 Human financial advice, while undoubtedly valuable, can also be extremely inconsistent and influenced by such factors as whether advisers are married, their level of education or even how they are paid.

That’s the conclusion of a recently released study — Under the Microscope: ‘Noise’ and Investment Advice — carried out by behavioural finance firm Oxford Risk in partnership with Momentum Investments and South Africa’s Financial Planning Institute.

Under the study, advisers were given information on six imaginary clients — including their goals, circumstances, education, income and investing experience — and asked to recommend a suitable risk level and asset allocation for each client.

The study found a large variation in the recommended risk level — apparently unrelated to the information given on each individual and leading to the conclusion that the advisers’ own circumstances might be driving at least a small part of the variation.

“Humans are prone to ‘noisy’ errors — unduly influenced by irrelevant factors, such as their current mood, the time since their last meal, and the weather,” the authors say.

Oxford Risk, which sells risk-mapping and other automated solutions, argues that the two main sources of inconsistency in advisory processes are an over-reliance on humans and the “heavily front-loaded nature of suitability assessments”.

“Noise isn’t bias. Bias is systematic: it errs the same way every time, like a mapping model that puts every client into too risky a portfolio,” Oxford Risk says. “Noise errs in more mysterious — and therefore less easily manageable — ways.”

The study found that bias accounted for about 20% of variation in judgements. This  was divided into two components — relevant information that was incorrectly incorporated or irrelevant information, such as the adviser’s own risk appetite.

Noise, on the other hand, accounted for about 50% of variation. This was divided into either missed opportunities or random error.

Reflecting on the influence of noise, Oxford Risk says its study found that overall adviser assessments were closer to totally random than totally consistent, with the largest influence being adviser judgements of risk capacity.

“More should therefore be done to ensure consistency in its measurement, and to protect it from undue influence,” the study concludes.

Booth and Fama on rising inflation

How to stop noise undermining your decisions

Is there a replication crisis?

Cathie Wood and the risk of disruptive technologies