Hedge funds entered this year coming off their 10th straight year of trailing the return of the S&P 500 Index. And as you can see in the following table, over the 10-year period ending December 2018, they underperformed every single major equity asset class by wide margins. They also outperformed virtually riskless one-year Treasuries by just 0.9 percent, and underperformed intermediate and long-term Treasuries. 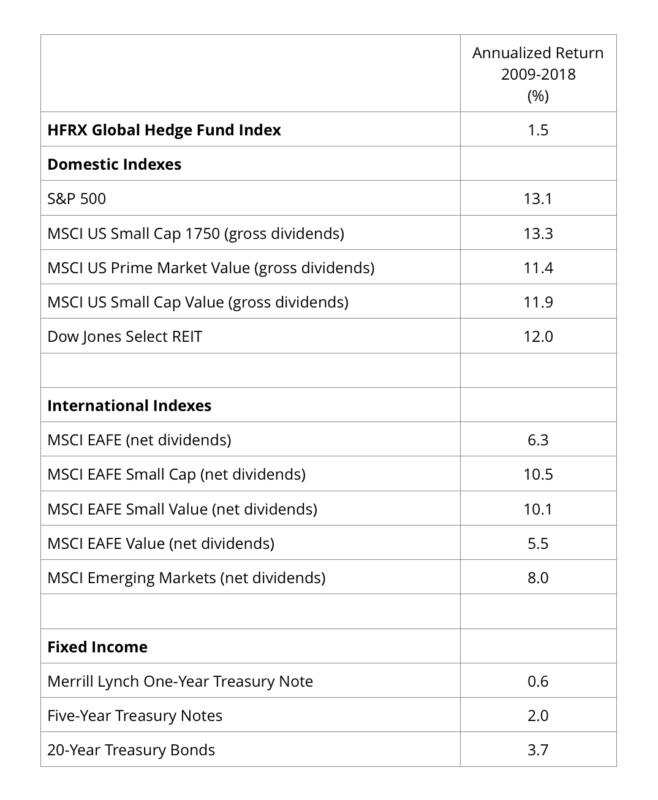 With that perspective, my colleague, Corey Hendershot, reviews their performance over the first three quarters of 2019. For the first nine months of 2019, the HFRX Global Hedge Fund Index produced a total return of 5.9 percent. 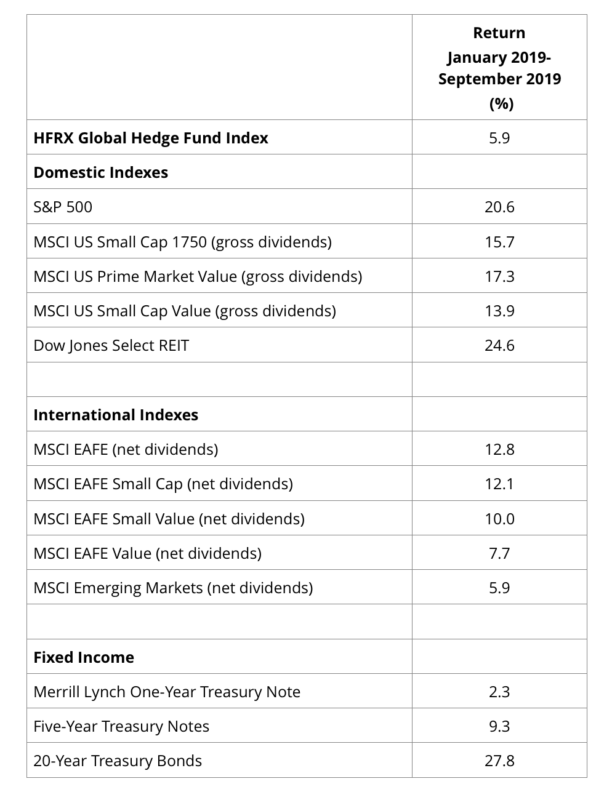 As you can see, the hedge fund index underperformed every single major equity asset class with the exception of Emerging Markets (it had the same performance), and two of the three bond indexes. However, we can take our analysis a step further and determine how hedge funds performed against a globally diversified portfolio.

An all-equity portfolio allocated 50 percent internationally and 50 percent domestically, equally weighted among the indexes from the table within those broader categories, would have returned 14.0 percent, outperforming the hedge fund index by 8.1 percentage points.

The problem is that the efficiency of the market, as well as the cost of the effort, can turn that supposed advantage into a handicap. Given the evidence on hedge funds’ underwhelming results, it’s puzzling that they are still managing about $3 trillion in assets.

I’ll report back again on hedge fund performance after the fourth quarter.

Some of Larry’s other articles include:

By LARRY SWEDROE   When developing a retirement plan, most individuals are well aware of the issue...

By LARRY SWEDROE   The holy grail for investors is the ability to identify which of the...

By LARRY SWEDROE   In his wonderful book Your Money and Your Brain, Jason Zweig showed the...

By LARRY SWEDROE Yield curve conversions. The combination of worries over both a trade war with China...