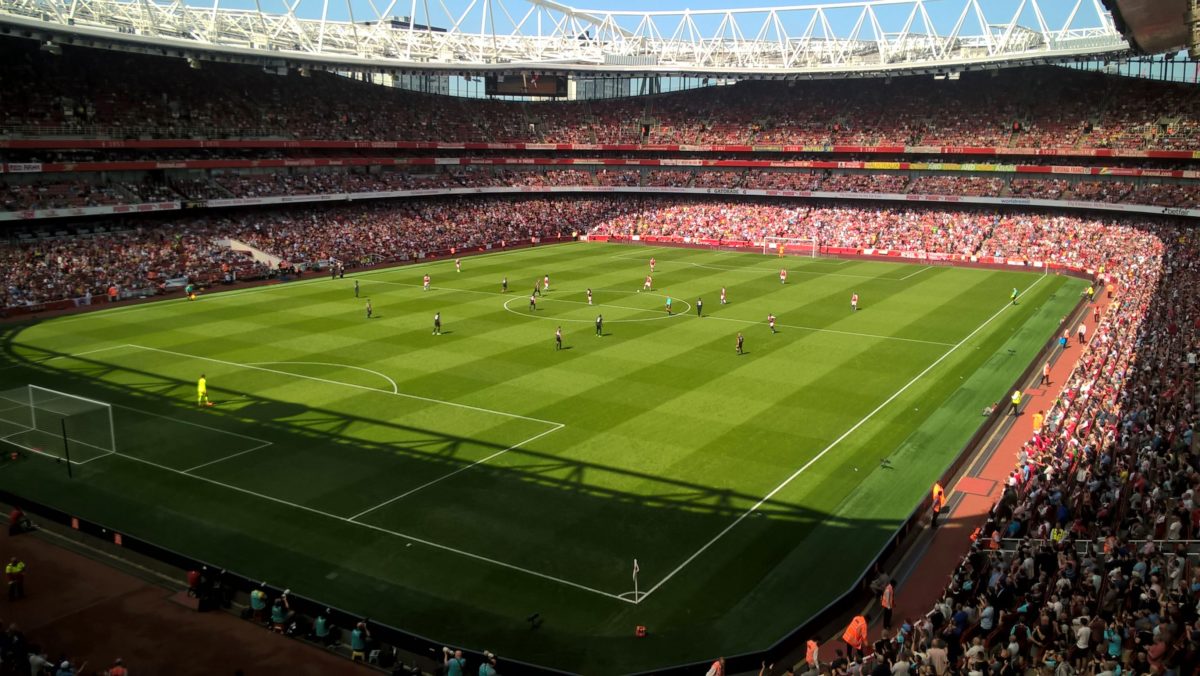 There’s only one story in town this week as far as the UK financial media is concerned. Neil Woodford, once hailed as Britain’s answer to Warren Buffett, appears to be fighting to save his reputation and career.

He suspended his flagship fund on Monday after increasing numbers of investors, spooked by the fund’s dreadful performance, asked for their money back. Another big investor, St James’s Place Wealth Management, terminated its relationship with Woodford yesterday, prompting some commentators to suggest that Woodford investment Management might not survive.

Robin wrote in his latest post about the need for reflection and humility in the light of recent events, and the learning opportunity that Woodford’s demise provides investors and investment professionals with.

Today we’re running a guest post by financial planner ALEXANDRE RILEY. What we’re seeing with Woodford, he says, is classic reversion to the mean. Nobody’s immune from it, not even Alex’s beloved Arsenal.

Everyone has something to say just know about Neil Woodford. For me, it’s an opportunity to remind investors of some important basics.

I mean it’s written on literally every single piece of investment documentation ever produced, but the novice and mildly informed investor alike STILL buy their investment funds based predominantly on what has already happened rather than factoring in other pieces of information.

It’s like staring at a wine list in a good restaurant. The brain thinks “Hey, I have no clue what I’m doing here so in this case, I’ll use price as a shortcut to make a decision.” It might get you so far, but there are some really good cheap wines and some really bad expensive ones. My brother works in the food and wine business. Tip: Don’t buy wine number two on the list. People don’t want to look cheap, so rather than the cheapest, they buy the second or third cheapest instead.  Some restaurants profit on this, placing the wine they are really trying to shift, the ones with the highest margin, in those spots.

There is so much academic evidence and data available today to support the fact that choosing a fund based solely on past performance alone is crazy and reversion to the mean explains why many outperforming and underperforming funds or sectors eventually return to their long term average over time.  Arsenal went 22 games unbeaten near the start of this season. A period of significant outperformance relative to recent history. Did that past performance last and lead to them winning the league, the FA Cup, a European trophy? That’s a big fat no. They were terrible after that point. They reverted to how they usually play.

Most active fund managers do not beat the market

Fund managers are an intelligent bunch and they know a lot of stuff that you and I don’t. Some do beat the market, but most don’t.

And here is a trade secret that very few investors are aware of. SPIVA research (Standard & Poors Indices Versus Active funds) calculates that nearly 75% of all GBP denominated actively managed UK Equity funds do not outperform their market benchmark over a 10 year period (the kind of minimum term that you’re likely to be investing for). It’s as high as 92% in other markets such as US equity. i.e. 75% of UK and 92% of US active fund managers do not provide investment returns (after costs) in excess of the broad market index, which can be accessed instead using a low cost, buy and hold, no frills, index tracking fund.

So, the maths and risk are clear. Do you want to risk underperformance of your retirement fund relative to the market on 1 in 4 or even 1 in 10 bets with a ‘star’ fund manager, or would you rather take the other side of that bet using an index fund as well as diversifying appropriately? You might get lucky and outperform with the star manager. But then again the maths says you won’t.

The financial media is not there to help you

Got a financial concern? Read the Sunday money guide, agony Aunt financial articles, celebrity ‘How I Spend It’, top fund lists for your ISA/pension/whatever. That’ll set you straight. More like it’s a pseudo sponsored advertorial.

Fund and product distributors, funnily enough, make a lot of money from increased fund sales. Neil Woodford’s fund appeared consistently on the Hargreaves Lansdown ‘Wealth 50’, a supposedly curated list of the top 50 funds available today. It stayed on the list even whilst the fund lagged in performance and displayed unconventional management techniques. The fund was only taken off the list when it was suspended this week! A bit late for that but hey ho, Hargreaves Lansdown probably made a bucket load on the sales whilst it was hot.

Woodford’s reputation also led to him to taking responsibility for a large proportion of St James Place investment funds. Woodford would no doubt help with sales. These are two stock market listed, FTSE 100 financial behemoths, who know that increased sales add to the bottom line and therefore shareholder value. Customers first, these companies are not. Maybe this time at least some of their customers will realise it.

In a market where investors are so confused by the multitude of fund choices, they look for guidance. Any guidance. A top 50 list is NOT a de facto list of the BEST funds for you. It’s a funnel into products that need to be sold. You’re being sold to. It’s marketing.

From a standing start, Woodford’s fund raised in excess of £10 bn at its peak only to shrink closer to £3 bn due to investment losses and the uncontrolled investor withdrawals before this week’s suspension. Too late. Doors have closed (temporarily?) and investors either got out first at a significant loss relative to the market return or remain trapped, without access, for the foreseeable future.

I could go on, as there is far more to this story, but I’ll stop there.

There is risk everywhere in finance. Even with money in the bank or a ‘star’ fund manager with an exemplary record. It might not be immediately obvious, but it IS there. The most stable of companies or funds can still go pop in unforeseen circumstances or through human error. Everyone is fallible, even Neil Woodford.

So, get good quality unbiased advice. Tell your friends to get good quality advice. You and they won’t regret it. Diversify appropriately. Avoiding major mishaps are the key to the realisation of your end financial goal. As Michael Batnick says in his recent book Big Mistakes, “Keep your losses manageable. Paper cuts sting, but they heal. Shot gun wounds on the other hand, those are tough to come back from.”

I do hope that investors in Woodford can come back and that the temporary suspension really is temporary.

ALEXANDRE RILEY is a financial planner and works for BunkerRiley in London. You can follow him on Twitter @alexandreriley.

You can find more on Woodford Equity Income on TEBI right here:

What Woodford teaches us about illiquid assets