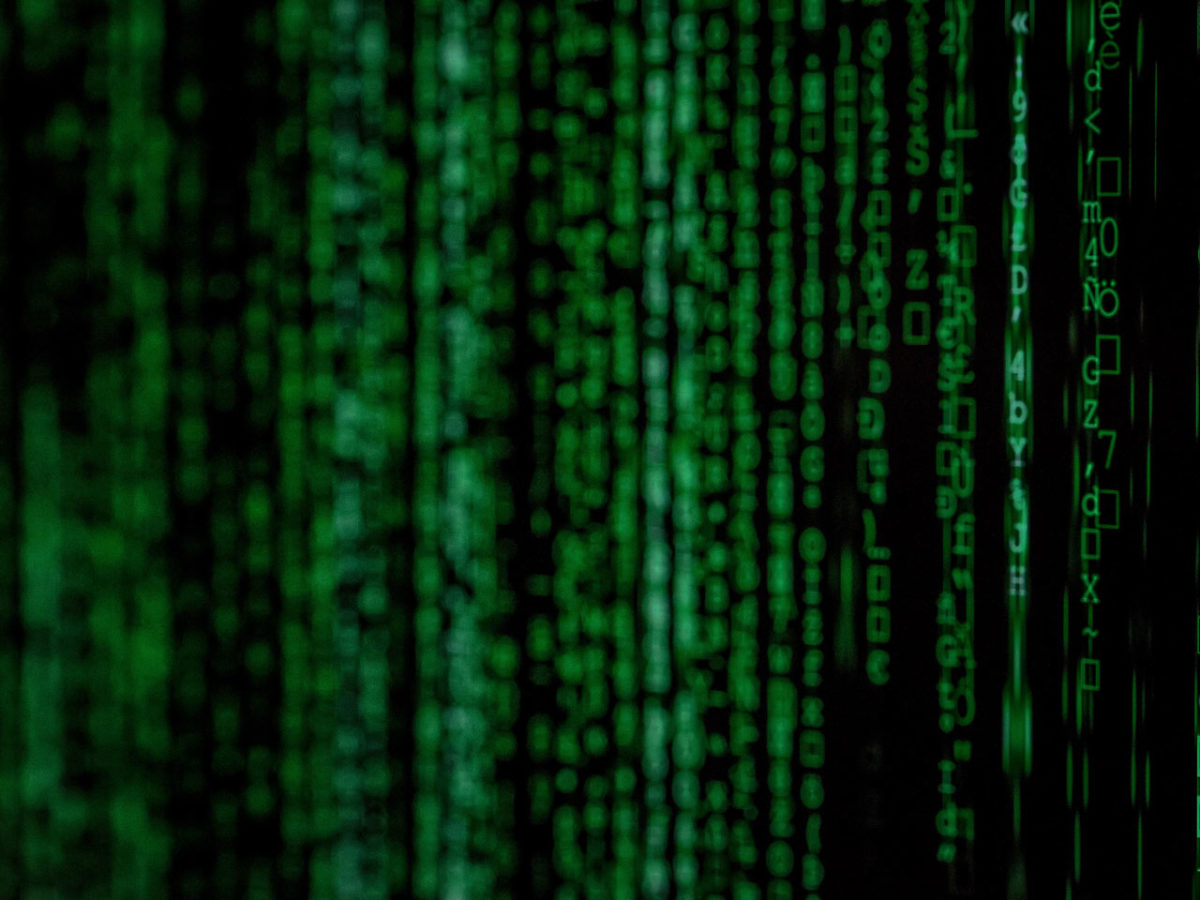 I have written about robo-advisers and their difficulties to attract investors in the past. Not only younger investors, but also those  over the age of 45, seem willing to pay a robo-adviser the same as they would a human adviser.

Now I’ve come across another study that asked 550 Swedish people to decide if they want to delegate their investment decisions to a financial professional or an algorithm. The participants came from all strata of Swedish society. They were aged from 20 to 70 with half the participants aged between 40 and 60 and half the participants having at least a college degree. 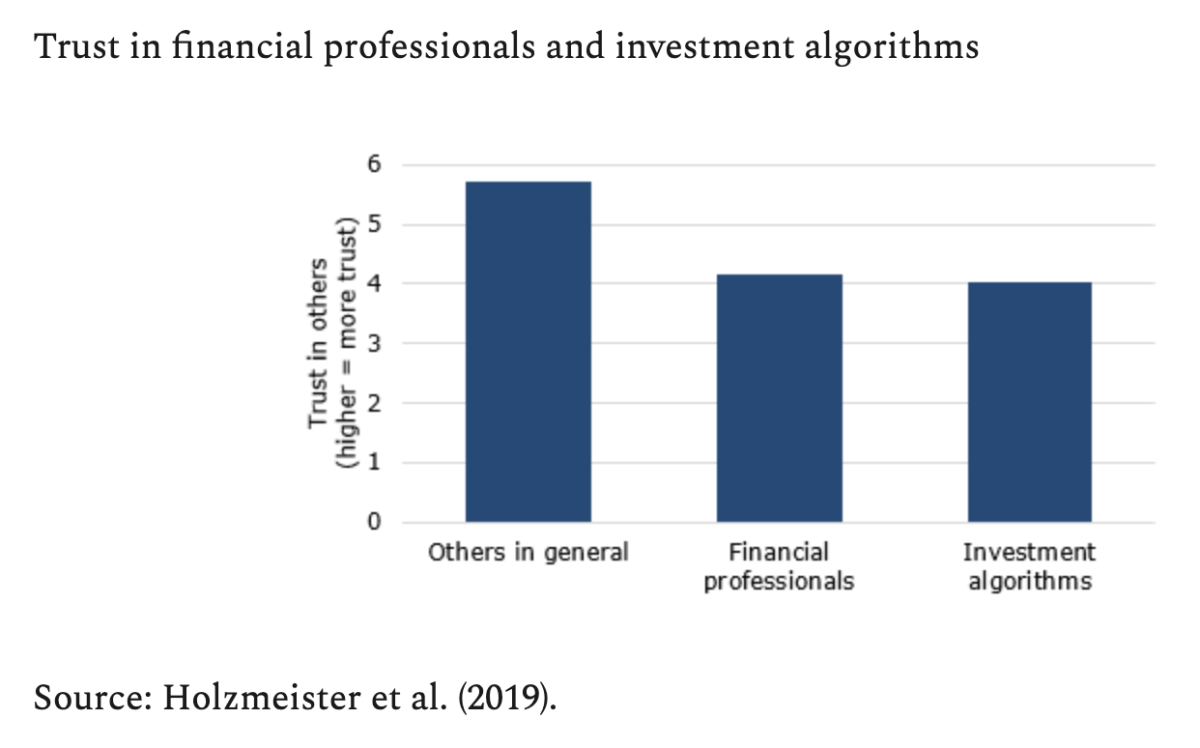 Some results of this delegation experiment aren’t surprising:

To me a former wealth manager, the last point strikes a particularly familiar chord.

Then there is the inevitable surprise. Investors are more likely to delegate to an investment algorithm than to a human! 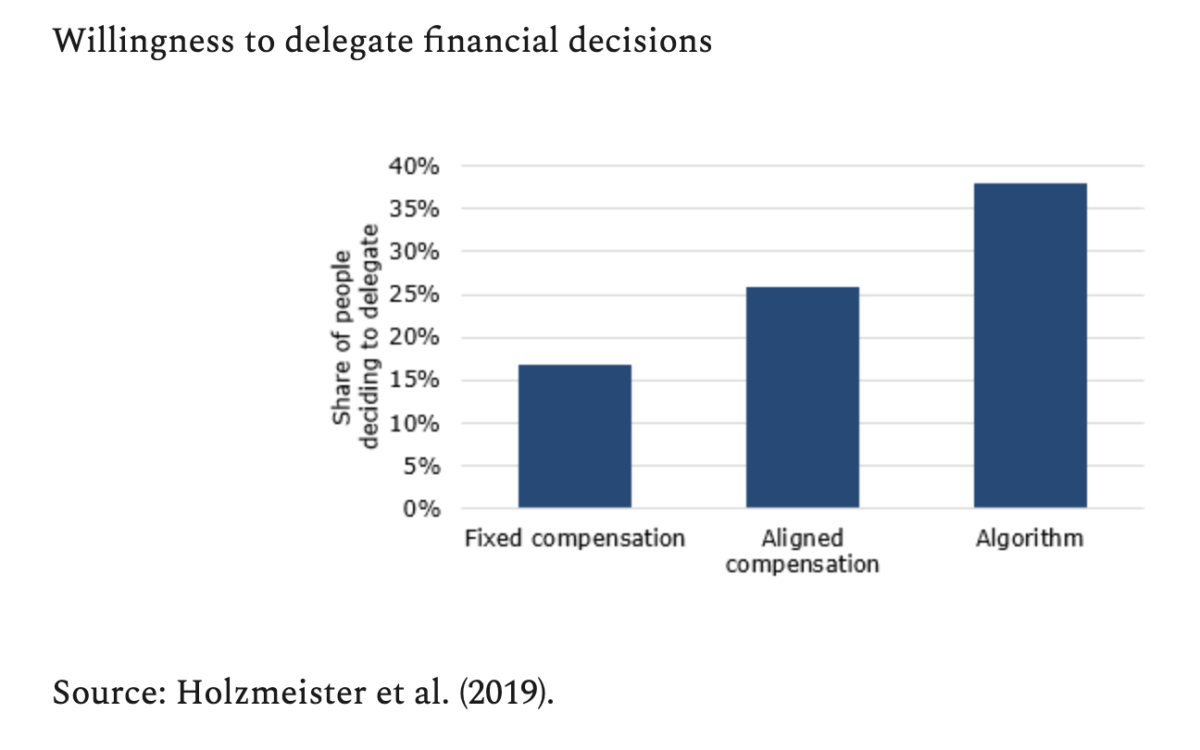 The study doesn’t explain why this is the case, so I can only speculate. And my best guess is that it has something to do with the perceived objectiveness of the algorithm and the ease to blame an algorithm if things go wrong. I have written about the perceived objectiveness of robo-advisers here. What strikes me, however, is that the ability to shift blame may be a significant driver of the use of robo-advisers as well. Remember that we humans are social animals.

We do not like to admit that we have made mistakes and it is difficult for most of us to blame other humans for mistakes because that will put us in a conflict with our fellow citizens. Being able to blame a machine is such a nice way out of that conundrum. It turns the entire investment decision into a heads-I-win, tails-the-machine-loses situation.

Are you interested in reading Joachim’s other articles for TEBI? Here they are: 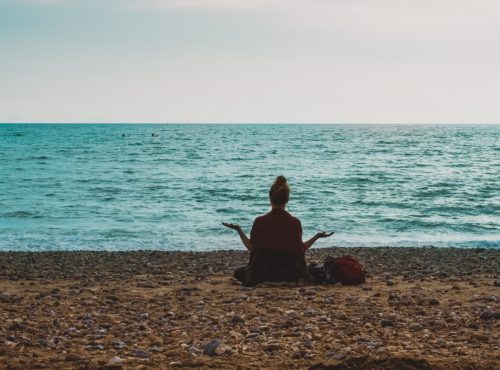 According to a new survey, only ten per cent of Britons currently have financial advisers. Aegon polled...