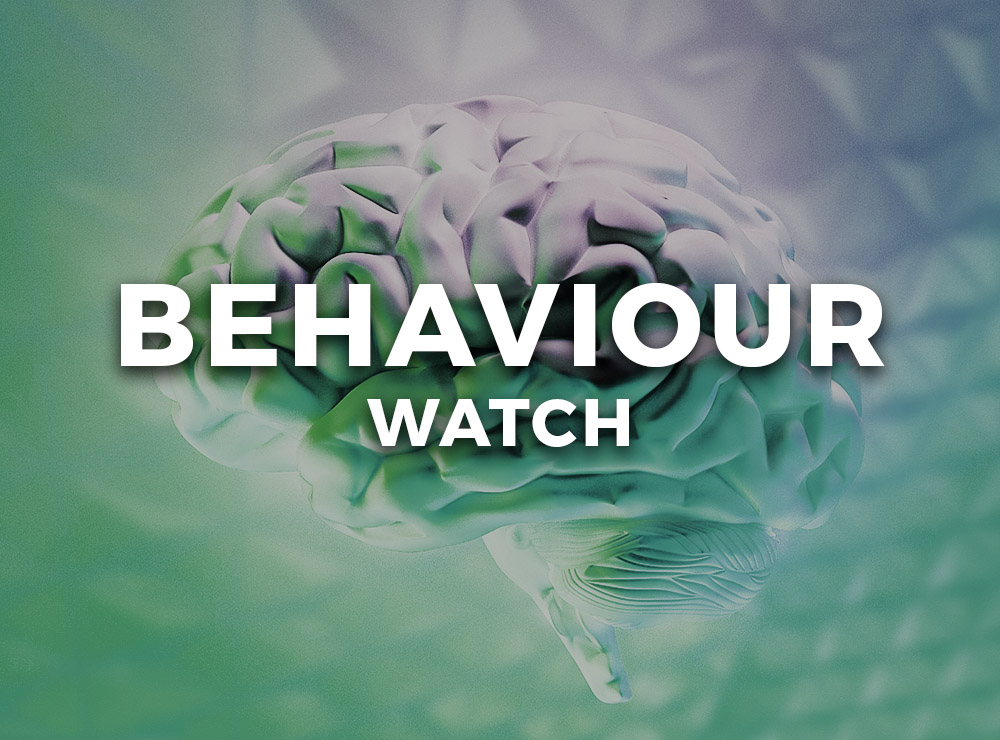 Since the pandemic began, confirmation bias has been identified by financial advisers as the second most prevalent investor bias and one that has increased by 25% within two years. What is confirmation bias? Why is it so common? And, most importantly, what can we do about it?

The client looked worried. Hunched over his mobile phone and scrolling through a succession of social media posts, he suddenly stopped on a page and handed his phone over the desk to his financial adviser.

It was a financial news story about “extraordinary valuations” in the technology sector. Stocks like Amazon, Netflix and Tesla were forming a “micro-bubble” with low or negative expected returns, the article read.

“Can’t you see?” the client said with some exasperation. “The experts are saying this is unsustainable. It’s an accident waiting to happen. I want you to cut my exposure to technology altogether.”

The adviser responded that in a properly diversified global portfolio, these stocks still justified a place. As they were large growth stocks, they could be held at an underweight position but it would be foolish to sell out completely.

Now, this particular story appeared in August, 2018. Over the subsequent three years, the client found article after article to justify his position. Yet, in the meantime, the stock prices of Amazon and Netflix rose another 80%, while Tesla soared from around $60 to $1060, a nearly 19-fold increase!

This was a clear case of confirmation bias where an investor seeks out information that reinforces his existing perceptions while ignoring or discounting contradictory facts.

Fortunately, in this example, the adviser managed to keep the client invested, but in a 24/7 online media environment where investors are bombarded with information, confirmation bias is a constant threat.

The background of the bias

That human beings have an inbuilt tendency to look for and favour evidence that confirms their pre-existing beliefs – about investment, politics, or any other subject – is not a particularly new or radical idea.

In fact, the idea of “motivated reasoning” goes back to the ancient Greeks. In his history of the Peloponnesian War, the historian Thucydides noted humans’ habit of using “sovereign reason to thrust aside what they do not fancy”.

It seems we’ve long been naturally inclined to take mental short-cuts. In other words, we make up our minds about something and then surround ourselves with messages that support our position on that subject. We’re philosophically and emotionally dug in.

In recent years, with the decline of traditional media and the rise of social and niche media, it’s become ever easier to wrap oneself in the blanket of news and information that reinforces one’s preconceptions.

In politics, that can lead to people latching on to crazy conspiracy theories. In investment, it can lead to missed opportunities (as seen in our example above) or highly concentrated portfolios or botched attempts at market timing.

And it appears to be getting worse. Recent research of US financial advisers by consultants Cerulli Associates, on behalf of Schwab Asset Management, found there has been a pronounced increase in evidence of behavioural biases among investors since the onset of the pandemic.

“Market volatility and the ongoing unease caused by the global pandemic have combined to make bias management an integral element of client relationships,” the authors said.

The survey found instances of confirmation bias grew by 25 percentage points in the last year, ranking it second only to “recency bias”, which refers to people’s tendency to be influenced most by the latest theory they have read.

Also prevalent were ‘framing’ (making decisions based on the way information is presented), ‘familiarity/home bias’ (preferring to invest only in familiar companies, countries and sectors) and ‘loss aversion’ (opting for less portfolio risk than the adviser recommends). 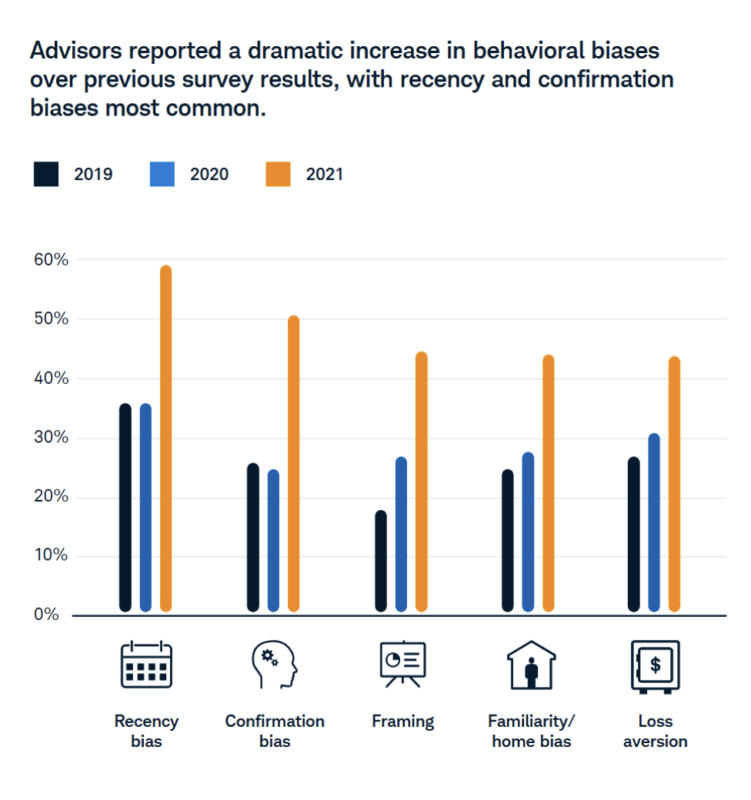 People’s natural desire to cling to established perceptions can intensify during particularly challenging and volatile periods as we have seen recently. In other words, the greater the uncertainty, the more dogmatic clients can become and the more they look for evidence to support their position.

While it’s unrealistic to expect to be able to completely remove confirmation bias as a factor in investor responses to uncertainty and volatility, there are things that professionals can do to ameliorate it.

While that’s all sound, the fact is that evidence on its own is rarely sufficient to combat confirmation bias. Indeed, there can be a tendency among respondents to cling even more tightly to their priors in the face of facts that might challenge them.

One solution suggested by psychologists is to encourage the client to imagine they are on the other side of the argument and, without changing their fundamental position, put together a case for the opposition.

“This tactic tends to lead to deeper understanding of the issues and makes them question their beliefs,” says Professor Jay Maddock, a professor in the School of Public Health at Texas A&M University.

The aim here should not be so much to force an admission from the client that their position is flawed, but to encourage an acceptance that there may indeed be other equally valid ways of looking at the issue.

In the case study we began with, the adviser might have said to the client that the prices of the technology stocks, however odd they may seem, still represented the collective views of millions of investors – some optimistic, some pessimistic, some indifferent.

We can justifiably feel uncomfortable about the market, but we don’t have to agree or disagree with its judgement on each and every stock. Instead, we should just accept today’s prices as the best estimate of future returns based on current information. From that point, we build a highly diversified portfolio around thousands of stocks so we ensure we get the market rate of return.

This way, pride is taken out of the equation. We don’t die in a ditch defending our beliefs because we don’t need to be right. We just need to be invested.

The future of work is flash-powered