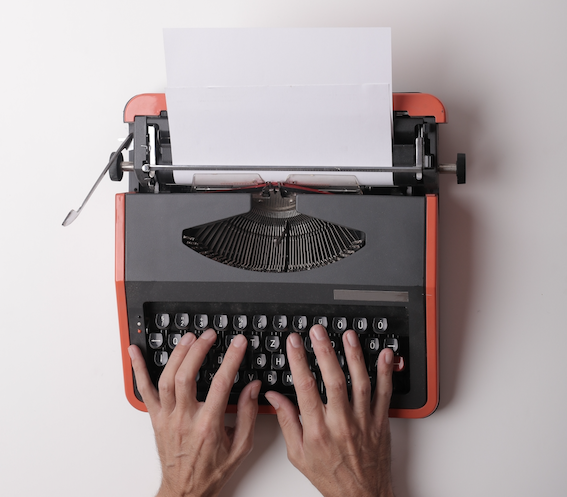 Investment themes are very much in vogue. Pick up any investment magazine or the money section of a Sunday newspaper and you’ll see what we mean. Robotics, artificial intelligence, infrastructure, healthcare and green technology are some of today’s “hot” themes. It’s anyone’s guess what subjects fund industry marketers will be writing about in a few years’ time.

Thematic funds, which focus on emerging trends such as clean energy, robotics, legalised marijuana, or working from home, have been all the rage lately. Roughly 150 such funds have hit the market over the past three years. They’ve also been met with an enthusiastic reception; in fact, some of the industry’s fastest-growing offerings are sector funds defined around a specific theme, including the extremely popular ARK Innovation ETF (ARKK) and its theme-based siblings focusing on fintech, genomics, autonomous technology and robotics, and next-generation Internet stocks.

These funds have an understandable appeal. It’s easy to get excited about evolving technologies such as genomics, a new field of biotechnology that involves using genetic maps and DNA sequencing to improve medical outcomes. These technologies have the potential to revolutionise the field of medicine and improve millions of lives. New technologies like these come with a compelling story that’s easy to understand. But investment themes that make a good narrative don’t necessarily generate high enough returns to compensate for their risk. In this article, I’ll dig into some of the pitfalls of thematic funds.

First, let’s look at performance. At first blush, these funds might look pretty successful, which is one of the reasons they’ve been so popular. Over the trailing one-, three-, and five-year periods, the average U.S.-based thematic fund has pulled ahead of the broadly diversified Morningstar U.S. Market Index.

Performance over the past year looks especially strong, with the average thematic fund trouncing broad equity benchmarks by more than 40 percentage points. This partly reflects strong performance for tech stocks in general, and especially the robotics, cloud technology, and 3D printing names that are popular areas of focus for thematic funds. Other popular niches for thematic funds–including online retail, genomics, and cannabis–have also been in favor among a wide swath of investors, including younger investors using commission-free trading apps such as Robinhood. 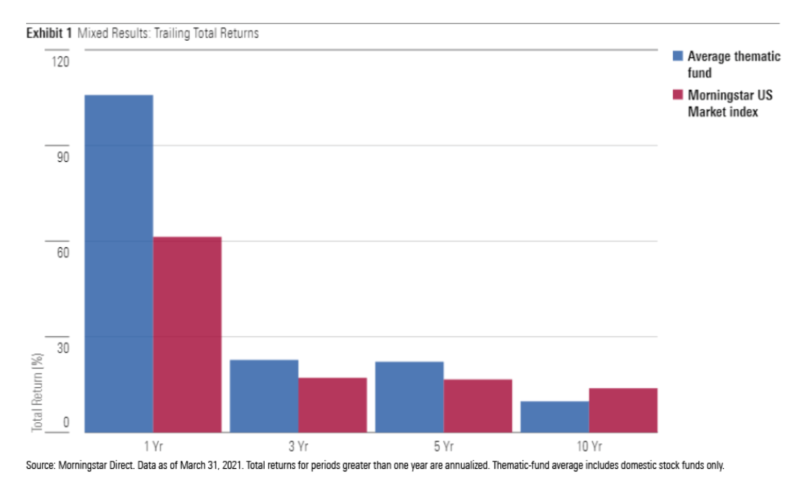 Thematic funds have also fared well over the trailing three- and five-year periods but have trailed the overall equity market by about 4 percentage points per year over the trailing 10-year period. This mainly reflects their chosen areas of focus. Many thematic funds have come and gone over the years (which I’ll get into a bit later), but many of the remaining funds focus on industries such as clean water. The water industry has been subject to hot and cold performance swings, but generally hasn’t lived up to the high expectations for a huge surge in profitable growth for water-related companies.

Are they worth the risk?

As the chart below illustrates, thematic funds have shown both higher returns and higher risk (as measured by standard deviation) over the past five years. Thematic funds typically invest in holdings that are significantly smaller, pricier, and less profitable than the average stock–all traits associated with higher volatility. 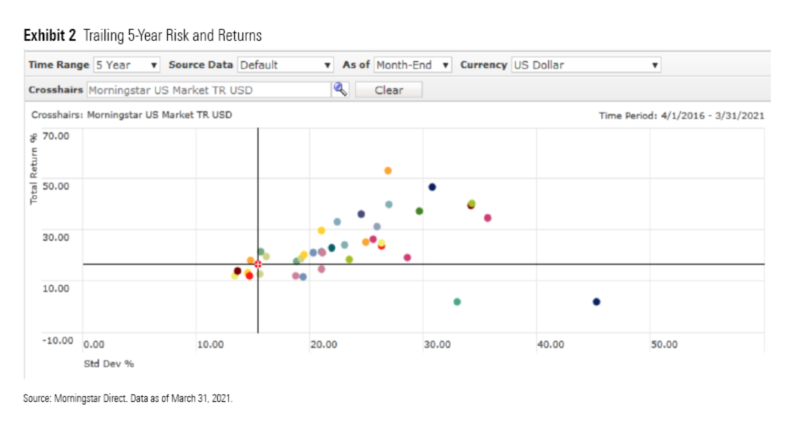 What’s more, these results capture risk and returns for surviving funds only. They don’t reflect performance for funds that have been killed off or merged out of existence, a long list that includes funds like AIM Dent Demographic Trends, The Kids Fund, Ancora Homeland Security, The Obesity ETF, the Whiskey & Spirits ETF, and many others. About two dozen Internet-related funds disappeared in the wake of the tech/media/telecom meltdown that started in 2000.

Based on data from Morningstar’s annual Thematic Funds Landscape Report, roughly 30% of U.S.-based thematic funds launched over the past three decades are no longer around. (The mortality rate is even higher for funds introduced in markets outside the United States.) Many of these funds had weaker records, artificially boosting the average performance numbers for the remaining offerings.

A related issue is poor timing. Investors often pile into hot sectors after they’ve already had big runups and then sell after getting hit by losses. As a result, sector equity funds typically show a wide gap between reported total returns (which assume that investors buy and hold after investing a lump sum) and investor returns (which are dollar-weighted returns that account for the timing of investor purchases and sales).

This performance gap is even more pronounced among thematic funds, which are a more narrowly defined version of sector funds. Over the past 10 years, investor returns for thematic funds have lagged total returns by about 4 percentage points per year on average. This average includes only results for the small number of thematic mutual funds that are still around (and it excludes ETFs), but the fact that investor return gaps for surviving funds are uniformly negative should give investors pause.

The generally poor investor experience for people buying into thematic funds underscores a boring but wise lesson: Investing isn’t supposed to be exciting. For most investors, it’s far safer to watch new developments from the sidelines and stick to broadly diversified equity funds. Investors who do want to dip a toe into thematic funds should make sure they’re willing to hold on despite above-average volatility. Avoiding new investments in areas that have been the most popular in the short term — which also have more room to fall because of their steep valuations — is another way to mitigate the risk.

AMY ARNOTT is a Portfolio Strategist for Morningstar. This article was first published on the Morningstar blog.