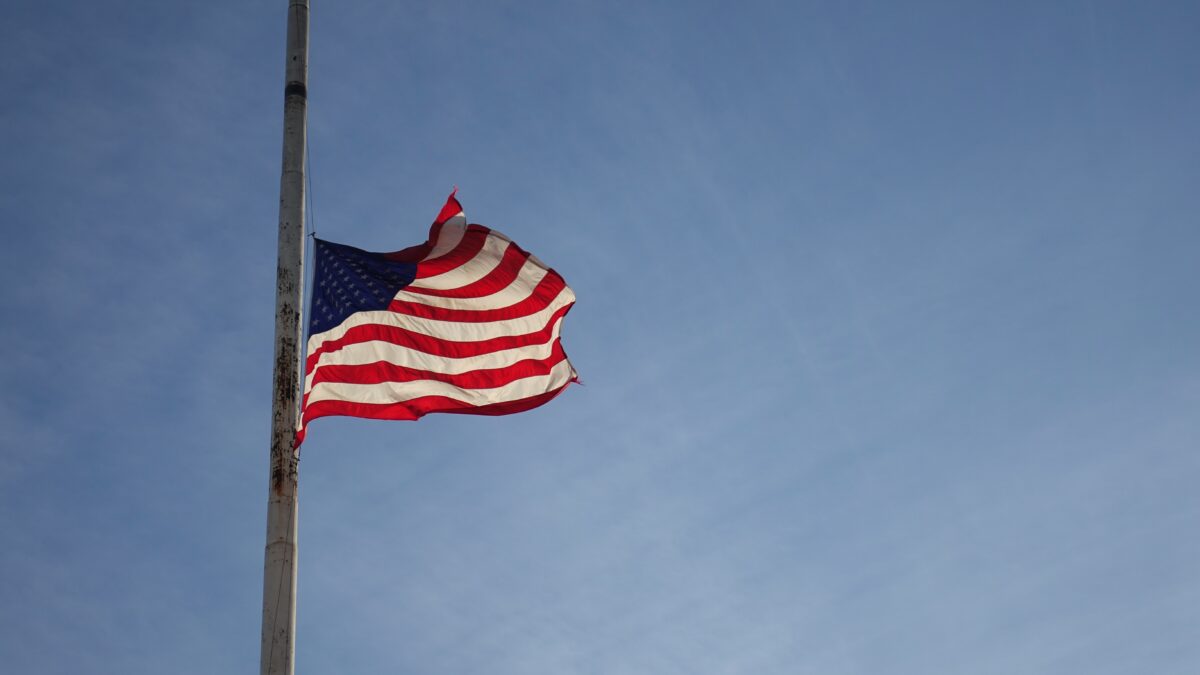 To say the least, 2020 has been an interesting year so far on the global financial markets. So, how have US-domiciled actively managed funds navigated the ups and downs we’ve seen? Researchers at S&P Dow Jones Indices have compiled detailed statistics on the performance of US fund managers for the first four months of the year. BERLINDA LIU explains what their research tells us.

In the first quarter of 2020, the global economy experienced not a slowdown, but a shutdown. As COVID-19 swept the world, outsized market movements became the new norm. The S&P 500 finished its worst quarter (-19.6%) since 2008’s global financial crisis. International equities fared even worse as the S&P International 700 lost 22.4%. While investors were catching their breath after the February-March sell-off, the S&P 500 rebounded in April and posted its largest monthly gain (12.8%) since 1987.

Active managers sometimes seek to soften the conclusions of our regular SPIVA reports by arguing that, while index funds may have the advantage in rising markets, it’s in volatile downturns that active management can prove its worth. Historical data argue otherwise,[1] and most active managers continued to underperform in 2020.

Unsurprisingly, SPIVA results are noisier for shorter time horizons. Although we see pockets of relative success for active managers up to three years, over the long term, they still generally lagged their benchmarks.

In the large-cap space, the only bright spot was large-cap growth, where 75% outperformed in the past two quarters. However, short-term success didn’t compensate for previous underperformance. For the past 15 years, 91% lagged the S&P 500 Growth. Mid-cap and small-cap funds were similar: 64% of all mid-cap and 57% of all small-cap funds beat their benchmarks in the past two quarters, aided by the superior performance of larger names. Their short-term success had little impact on their long-term scores though: 82% underperformed over the past 15 years in both categories.

A similar story occurred in international equities and fixed income. Despite the short-term success of global funds and international small-cap funds, most managers lagged their indices across all categories for any periods three years or longer. 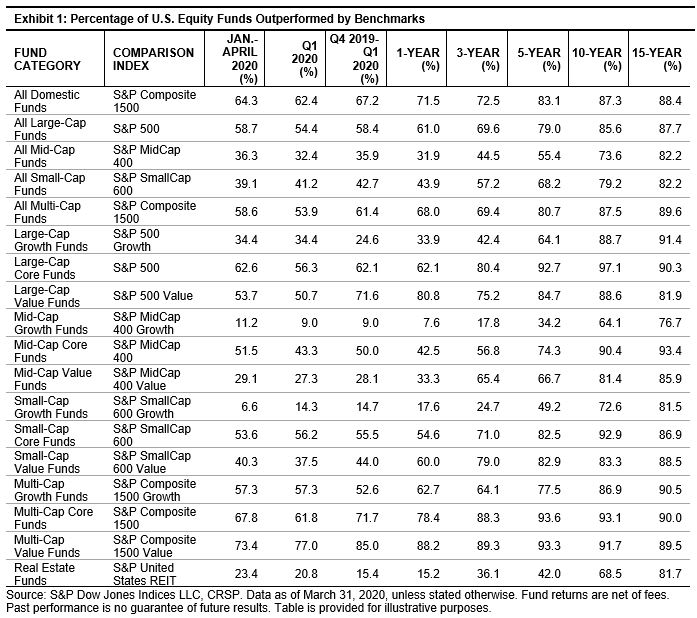 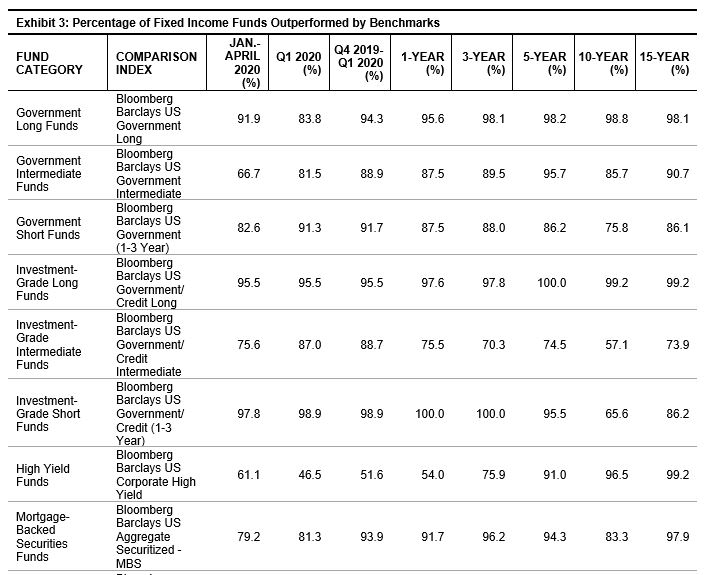 Early 2020 results rebut the view that active funds navigate market turmoil better than index-based funds. Even where results are relatively favorable, the data show the difficulty of market timing. Mixed results in the short term did not change active funds’ tendency to underperform indices over the long term.

So, US fund managers have had a bad crisis. But have active managers in other parts of the world navigated this year’s market turmoil?  Here are the details: