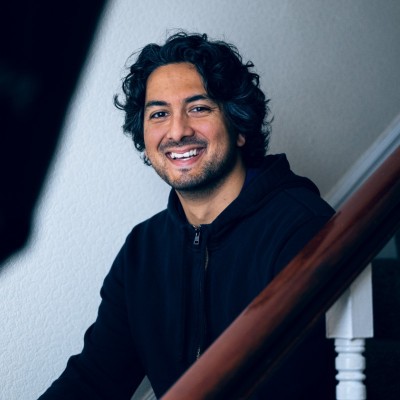 The financial advice profession gets a bad wrap, and, in many ways, rightly so. There’s still far too much focus on selling products and not enough on the aspects of the job that really do add value — behavioural coaching, for example, cashflow management and proper financial planning.

The good news is that things are changing. A new generation of advisers is emerging, unencumbered by any baggage from the past.

One of the advisers in the vanguard of change is ROHAN SIVAJOTI. Rohan is the founder of the UK advice firm Postcard Planning and a co-founder of NextGen Planners, a community of like-minded people determined to raise standards in the profession and improve consumer outcomes.

Here he discusses the extraordinary journey he has been on.

Robin Powell: Rohan, how did become a financial adviser in the first place?

Rohan Sivajoti: The short story is that I was doing the rounds as a business development manager at various places — investment managers, platforms, etcetera. I was also speaking with various advisers. This is a fairly damning indictment of the situation out there, but there was only a handful of them that I would trust my money with. Genuinely, there were a handful that I would go to. I simply thought, maybe rather arrogantly, that I could do this better. So, at 28, with no clients, I got myself directly authorised and went for it.

My experience is that it’s younger people who aren’t weighed down with the baggage of the past who are better at identifying the problems in the industry. Is that a view you share?

Perhaps. I don’t know if it’s really an age thing. I think it’s more of a mindset thing. There are plenty of people who are older than me in this profession who I look up to and think are entrepreneurial and are good examples of that. Trying to find influences outside of financial planning is important. We can get within our bubble and a bit insular. I think the more that you look outside of that bubble, the more likely you are to see real innovation.

What was it about the industry that you didn’t like, and how did you set out to change that with Postcard Planning?

It wasn’t that I didn’t like what others were doing. I just thought that I could perhaps do it better. I thought there wasn’t quite enough emphasis on the client and on decent client outcomes. There seemed to be a lot of focus on investment management. For me that’s just a by-product of everything else. That’s the least important bit, and clients just don’t care about it. Ultimately, if they trust you, they’ll trust you to find them the right investment solutions.

I just felt it was a bit of a staid profession. I was going to professional events and looking around the room and thinking, “There’s no-one like me here.” There wasn’t anybody, especially from an ethnic perspective. I’m half-English and half-Sri Lankan. I always look at situations like that as an opportunity. Rather than “OK, I don’t belong here,” it was sort of, “I’m going to make sure I belong here”. It just felt to me like an opportunity, and the right time in my life to take a bit of a risk, and do something for myself.”

Unlike other young advisers, you don’t have a big social media profile. Why’s that?

Who you surround yourself with and where you hang out is really important. So I made a pretty active decision around about 18 months ago to get rid of Facebook and Twitter because it just wasn’t any good for me. I just found myself wasting time on it, reading nonsense on it, watching advisers publicly arguing with each other, which is the worst look ever. I don’t care what side of any debate you’re on, that’s no good for any of us as a profession.

I just thought, “This is stuff I’m consuming here that isn’t any good.” I did a similar thing with the trade press and unsubscribed to loads of it. I don’t take on that kind of content because I don’t need to. I’ve got an investment philosophy that I think works and I’ll do my due diligence. Surrounding myself with the right people and the right content and challenging myself from time to time, so it doesn’t get too much like an echo chamber — that’s what has worked for me, I think.

Tell me about NextGen planners. What exactly is it, and what were you looking to achieve with it?

The backstory is that I was at a well-known professional body event, and I was in a queue for something to eat. I was stood listening to two people in front of me — and this is completely genuine — who were bragging to each other about how they’d taken a 7.5% fee on a £420,000 investment bond. They weren’t the type of people I wanted to hang out with, they weren’t people who were going to improve my career, bring me on as a person, bring me on as an adviser. I didn’t want to have a pint with them. I didn’t want to be in the same room!

I was chatting to Adam Carolan at the time, and he thought similar things to me. So we thought, Why don’t we create the room that we want to be in? So we sat down in the pub and wrote down a few things that we wanted to see, and a few values. We came up with the name NextGen Planners and that just stuck.

We got a few people we knew from Twitter, brought them together, had a few conversations, and then saw that everybody was feeling the same way. We felt there wasn’t this collective mindset, a community where people could lift each other up and help each other out, and generally increase the value of the profession. We wanted to have a community feel, so we kept building that community.

So where are you at in terms of members now?

Today, four or so years later, we have around 400 paid memberships, and a mailing list that is way beyond that. We’ve got a series of products, including training contracts for people from zero to level six. The training is there to help small firms that don’t have internal learning management systems or trainers to scale up.

Our conferences are completely different as well. We run speaker and influencer programmes and we get the members to deliver the conference because, if we’re going to change the dial on financial services, it can’t be the same 20 people doing all the talks at all the conferences. It just can’t; that won’t change it. If we can create the next lot of content creators and the next lot of speakers, then that’s going to slowly have a positive effect that ripples through the profession.

But what NextGen has morphed into more than anything else is just a set of friends. I was the classic lonely IFA, working out of my back bedroom, and I’m no longer that. I know, at any time of day, I can reach into that community and say, “Can anybody help me out with this?” Just having that group of friends there to be able to do that is brilliant.

There tends to be a lot of talk about improving the advice profession. But NextGen is all about action, isn’t it?

That’s right. “Be the change” — I’m a huge believer in that. I don’t really follow politics or that kind of stuff because I’m not interested. It would just wind me up if I followed it. I know who the Prime Minister is, I know roughly what’s going on, but I choose not to get wound up about it because I’m not willing to do anything about it. I’m not going to give headspace or time to anything that I’m not going to affect. With financial services, we can have an effect. I thought, “I’m going to stop whingeing, and I’m going to do something about it.”

Do you think the message is getting through and that you’re changing hearts and minds about financial advice?

I hope so. I think we are. NextGen has done some great things in bringing people together. A perfect example of this is Olivia Parnell. She’s a young black woman — and they’re not very prevalent throughout our profession — and she’s incredibly well-educated and well-versed on all things diversity.

The talk she gave at our conference made everybody just stop where they were. It was one of those proper landmark moments, where you couldn’t have been prouder to give someone a platform to deliver her message. That’s led to her writing for the Personal Finance Society and creating a podcast with Gretchen Betts called Financial Changemakers, which is about diversity. NextGen can take some of the credit for that, because these people wouldn’t have met without a community like ours.

We’re immensely proud of people working together to do things. There are loads of clients to go round, and we just feel that we’re way stronger together and collaborating than we are if we’re trying to butt each others’ heads. I really couldn’t give a damn whether you charge fixed fees or a percentage or whatever it is. I don’t care. There’s absolutely room and scope for both. It’s all about what’s fair and valuable for clients. If we just work with each other, and share best practice, that will raise the tide and turn us into a proper profession.