One was American, the other a Brit. One was a bond investor; the other made his name picking blue-chip stocks. But both Bill Gross and Neil Woodford fell out with their employers, set up on their own and suffered spectacularly falls from grace.

Financial Times journalist OWEN WALKER has reported on both stories. In the second part of a two-part interview with Robin Powell, he discusses the parallels between the two. He also warns that the UK investing industry could be involved in a similar scandal if the lessons from the Woodford fiasco are not properly heeded.

Owen, your book Built on a Lie is one of two books published so far about the Neil Woodford saga. The other, When the Fund Stops, was written by a friend of yours, David Ricketts. How do the two books differ?

It’s a very strange situation. David is one of my closest friends. We went to university and journalism school together, and we started at the Financial Times Group at a similar sort of time. We would, in normal times, meet up for coffee or lunch at least once a month, but we didn’t last year, because of the pandemic, so we ended up working on very similar projects, unbeknown to each other!

The principal difference is that David’s book looks at Woodford the man, the human story. My book is about the broader picture and what happens when three-quarters of Brits hand over their retirement savings, their ISAs and their rainy day funds to financial advisers and to investment managers.

I think the Woodford story is probably the most egregious example of what can go wrong. But it’s not just about Woodford: there are several things that went wrong at the same time.

This isn’t the first time you’ve reported on a “star” fund manager’s fall from grace, is it?

That’s right. I worked for three years in New York covering the investment industry there, and there’s a very interesting US parallel, which is Bill Gross. He was known as the “bond king”, the world’s best-known bond investor, the professional gambler who co-founded Pimco and became one of the most recognisable investors in the world. His Total Return Fund reached about $300 billion of assets.

When I was in New York, Gross fell out spectacularly with Pimco and left and joined a much smaller operation called Janus. He was given his own office and his own staff to work with. It was very similar to Woodford’s exit from Invesco Perpetual.

In fact, the parallels between Gross and Woodford are fascinating. Gross set up on his own, his performance sank spectacularly, and investors left at a rate of knots. And I ended up covering the eventual closure of his fund to investors in 2019. It was a very ignominious end to his career. He was very much like Woodford, a contrarian, who was always wheeled out to talk about big investment themes, and was very much the face of Pimco in the same way that Woodford was the face of Perpetual.

Strangely, Gross also had some high-profile spats with his neighbours, and there are stories about Woodford falling out with Jeremy Paxman and Nigel Starmer-Smith. It was such a similar story!

Of course, it’s easy to be wise after the event. But as you explain in your book, there were warning signs while Woodford was still at Invesco Perpetual that he was keen to invest in small, illiquid stocks — and willing to push the rules to the limit.

Absolutely. Woodford was obviously very well-known for being an investor in FTSE 100 blue-chip companies, yet his first foray into bio-scientific investments goes back to the late ‘90s. But because these were very small positions in terms of the overall pot, they went completely under the radar.

The FCA carried out its investigation into Invesco at around the time that Woodford  told his bosses that he wanted to leave. The FCA told Invesco it was going to fine them about £25 million, which would have been the record for a fine for a UK investment business at the time. Invesco managed to negotiate that down to £18.6million, which was still a record.

So Woodford certainly wasn’t the only fund manager at Invesco doing interesting things with their portfolios that the FCA was noticing, but he was very much within their investigation.

Woodford recently announced that he’s planning to make a comeback. What’s your opinion on that?

It’s crazy, actually. I’ve been working on this book for over a year now, and as we came close to publication day at the start of March, I was starting to wonder whether anyone was still interested in this story. And then, lo and behold, two weeks before the book comes out, Neil Woodford gives an interview to the Sunday Telegraph saying: “I’m sorry. I’ve cried a little bit about this, but I’m back. I’m starting a new business, and it’s going to be based in Jersey.”

The FCA has come under renewed attack over its handling of the affair, and particularly over the delay to its investigation into it. For Woodford to carry on, he will certainly need to be signed off by one or both of those regulators, and they’re both coming under a lot of pressure not to give him permission.

If you’re an investor in Woodford’s fund, if you’re nursing losses, this isn’t a good look. Also, the fact that Woodford has been advising Acacia Research,  this US investment business which bought up all these bio-tech companies at rock-bottom prices from Woodford’s portfolio and flipped several of them, making a very tidy profit — that just looks awful.

Finally, what lessons can be learned from this saga? And could we see something similar in the future?

The first lesson is that liquidity is a key problem. Now, liquidity problems have been a feature of the investment industry for decades, if not centuries. If you look at some of the other big blow-ups — Long-Term Capital Management in the 1990s for example — they were largely about liquidity. These things come back to haunt us. We think we’ve remembered the lessons of the last crisis, but they come back again.

Overvaluations were another problem. There was lots of hype around some of the companies Woodford was investing in. That problem goes back to tulip mania and the South Sea Bubble, and we’ve seen it again this year with GameStop.

Another issue is that we have an investment industry that fails to connect the dots. As I explain in the book, the Woodford case is one where lots of people failed to do what they were supposed to do and that was what led to this turn of events. Woodford could not have happened if the regulator had been on the ball and picked up the signals earlier. It would not have happened if Link Fund Solutions (Woodford’s Authorised Corporate Director) had been more proactive and flexible in the way it dealt with Woodford and its investors.

Woodford would not have happened either if the fund had not been pumped up by intermediaries, by the likes of Hargreaves Lansdown, and by the financial press.

So there were lots of factors that went into the Woodford story. It’s not solely about Woodford himself. I hope this is a one-off, but if we’re talking in ten years about the next one, I wouldn’t be surprised.

ROBIN POWELL is editor of The Evidence-Based Investor.

The original interview has been slightly edited for brevity and clarity. If you missed Part 1 of this interview you can catch up here.

Built on a Lie by Owen Walker is published by Penguin Books.

Did you invest with Neil Woodford?

The law firm Harcus Parker is bringing a collective action against Link Fund Solutions on behalf of Woodford investors.

If you hold, or have held, shares in the LF Equity Income Fund (formerly the LF Woodford Equity Income Fund) (the ‘Woodford Fund’) either directly, through an intermediary or in your SIPP, you may be entitled to claim for compensation.

To find out more, go to WoodfordClaim.com. You can join the claim by filling in your details.

Sustainable investing is about returns we may never notice

Do investors allocate optimally to ETFs?

Indexed annuities: Have you been framed?

Money is only one aspect of retirement planning

Four reasons why another Woodford scandal will happen

By ROBIN POWELL This article was originally written for the Suitable Advice Institute.   The Woodford scandal...

The Neil Woodford saga is a stain on the investing industry. Launched in June 2014, the...

A new book on the collapse of Woodford Investment Management has detailed the pivotal role played by... 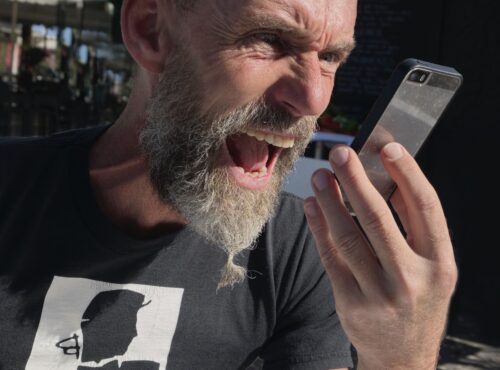 By ROBIN POWELL   Just when you thought things couldn’t get any worse for Woodford investors, they... 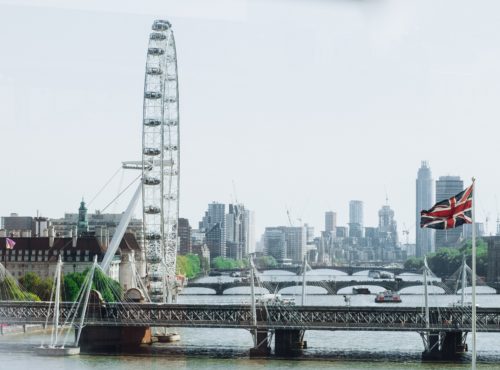 The Woodford crisis shows there has to be a better way

The latest on the Woodford Equity Income scandal

It’s been more than a year and-a-half since the Woodford Equity Income fund, run by the...

Woodford — a tale of complacency, incompetence and deceit

There was a brilliant review of Owen Walker‘s account of the Woodford scandal, Built on a...

A new book on the Neil Woodford scandal is about to be published. When the Fund...