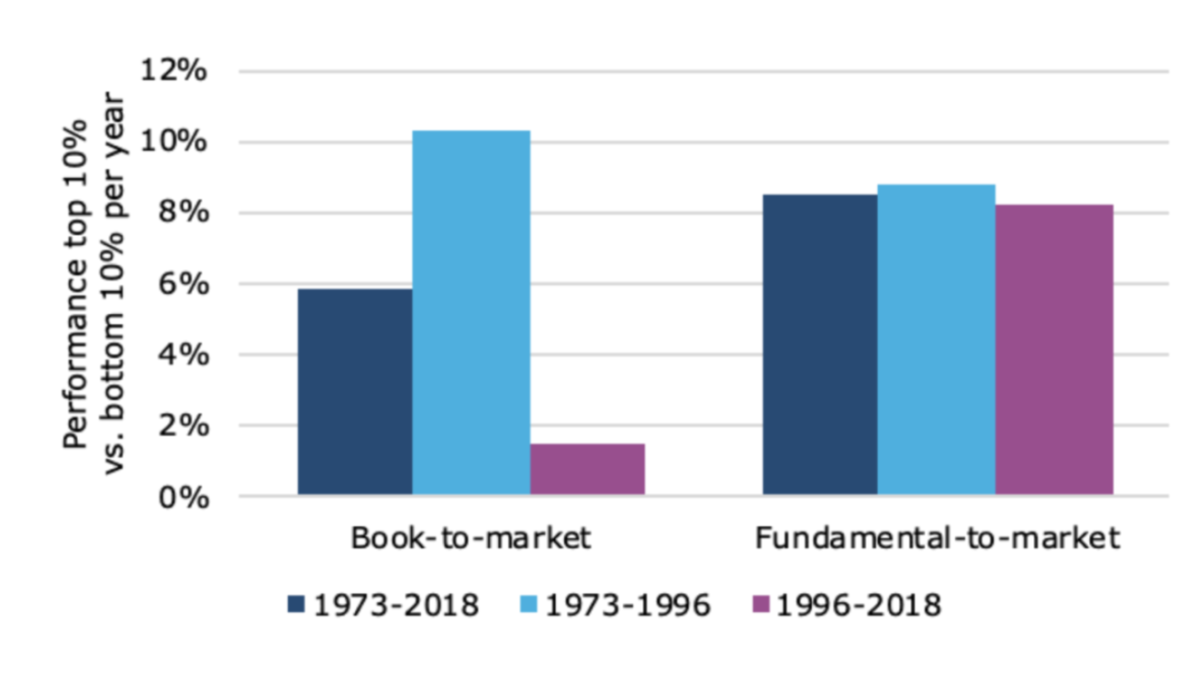 It is well-known that value investors are going through a really hard time. Even Eugene Fama and Kenneth French admit that the size of the value factor has declined since the publication of their publication in 1991. I have written before about value and its dependence on the market environment, but a new study from the University of North Carolina presents another, more fundamental explanation.

They look at the original value metric, the book-to-market ratio, used by Fama and French (i.e. the inverse of the Price/Book-ratio commonly used by practitioners). They claim that since the 1970s accounting rules and corporate finance practices have changed significantly. Most notably, companies now have an increasing amount of capitalised goodwill and other intangibles on their books.

These intangibles increase book value but are not a form of productive capital in the sense that they produce cash flows that are converted into dividends, share buybacks and other revenues for shareholders. 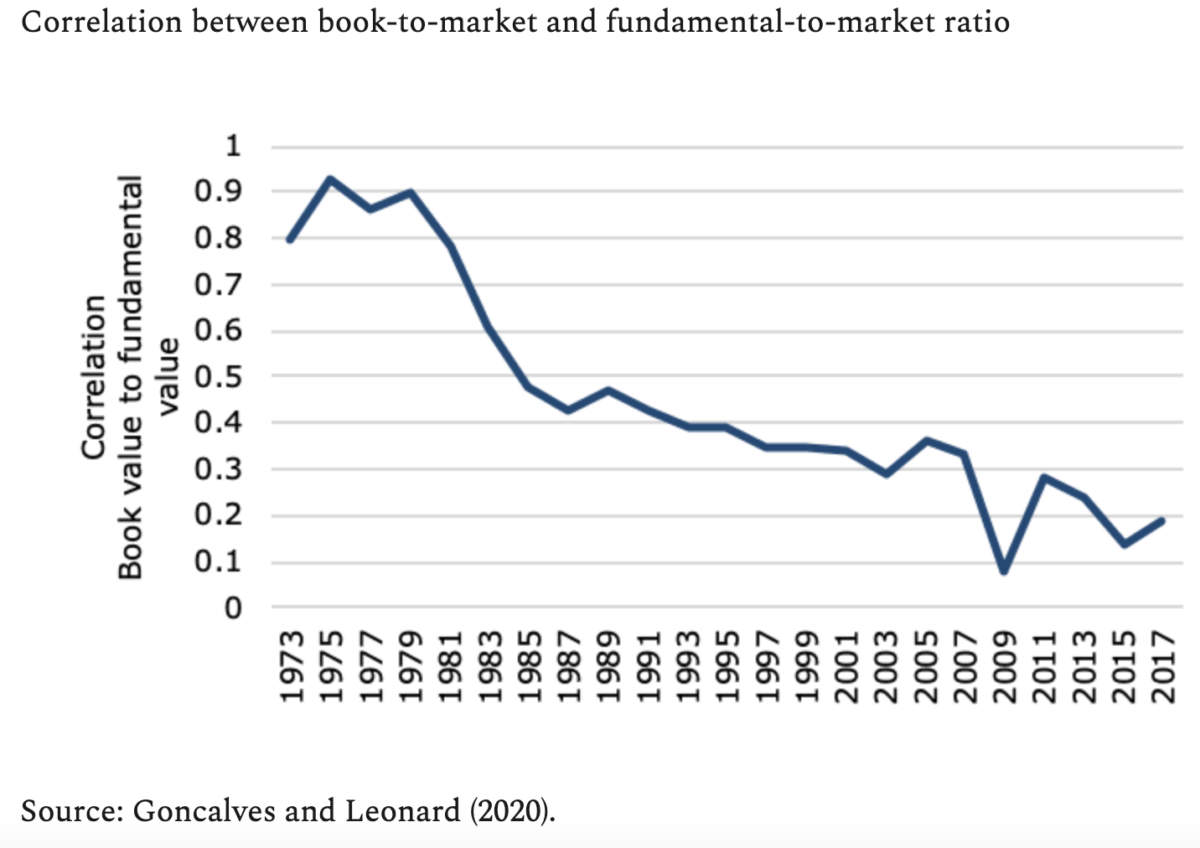 When one then sorts stocks not on book-to-market ratio but instead on this fundamental-to-market ratio, the value premium does not disappear but remains constant over time. Ét voilà, value investing is alive and kicking again. 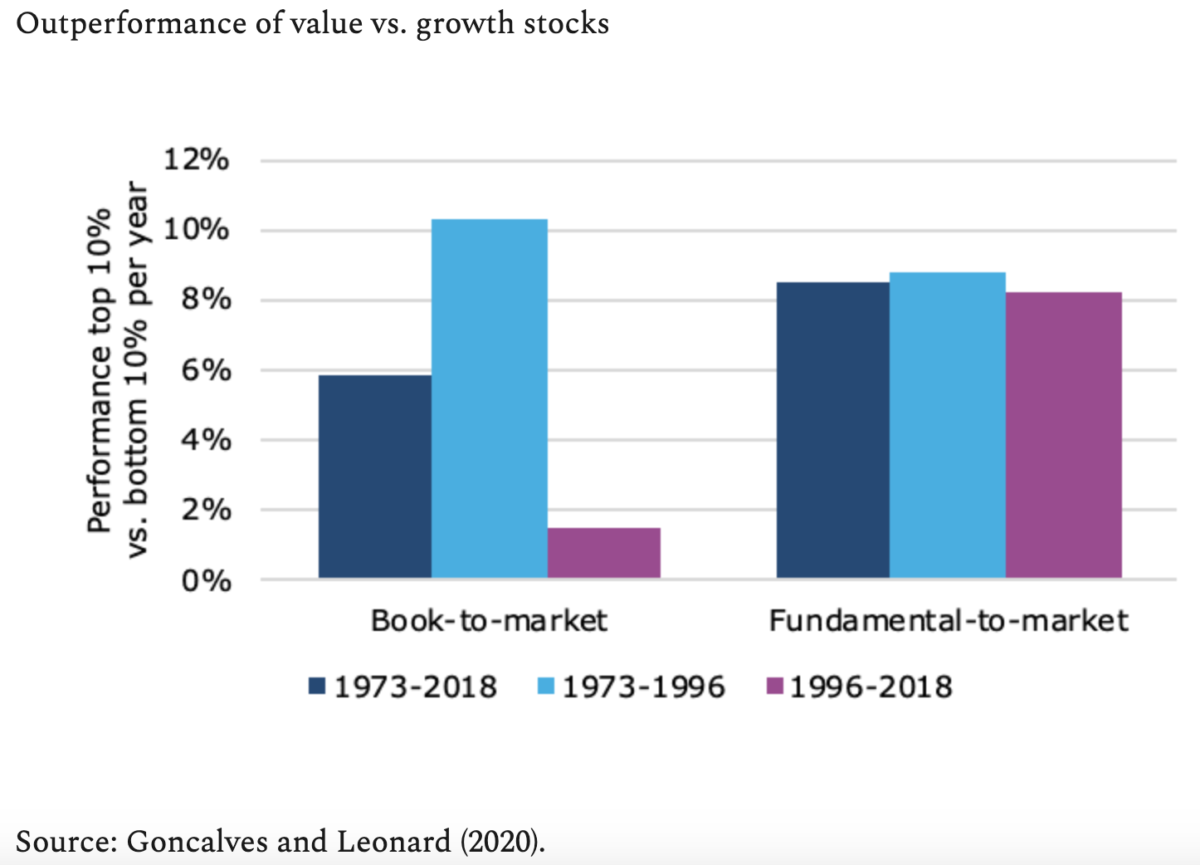