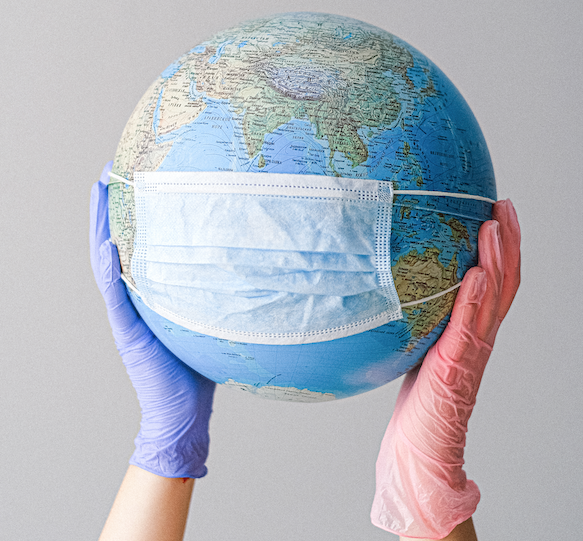 There are few concepts more fundamental to an understanding of investing than risk. And yet many investors fail to grasp exactly what risk means — and doesn’t mean.

As NICK MAGGIULLI explains, risk has nothing to do with volatility. Everyone knows that periods of volatility and steep declines in the stock market are inevitable.

No, true risk is the possibility of something bad happening that you didn’t see coming. In that respect, the events of 2020 have taught us all a valuable lesson.

Wikipedia defines it as “the possibility of something bad happening.”

But is standard deviation the best definition of investment risk? 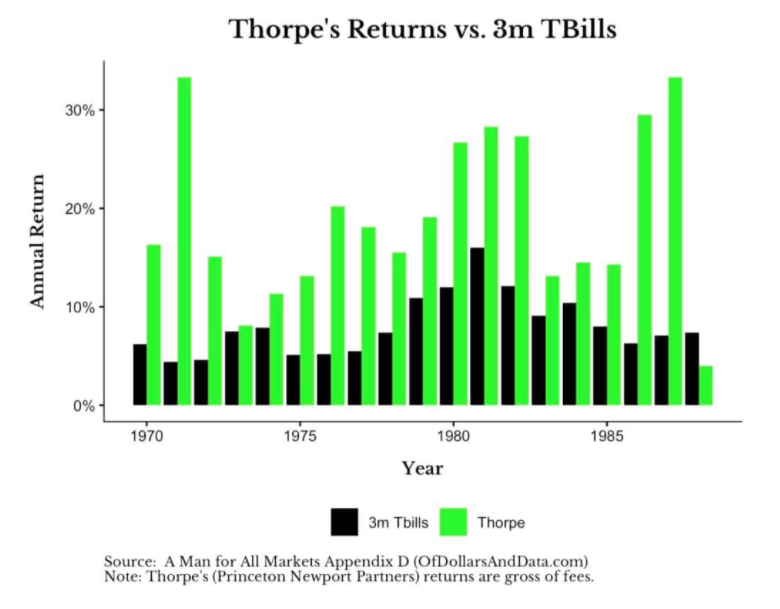 Though Thorpe’s fund compounded money at 19% with zero down years over two decades, it technically had a higher standard deviation of returns than 3m TBills. Does that mean it was riskier?

I’d argue no. While, Thorpe’s returns were more volatile than 3m Treasury Bills, they weren’t necessarily more risky. Though these two principles are often equated, they are not the same.

For any prudent investor, the difference between volatility and risk comes down to what is known versus what is unknown. As Donald Rumsfeld once said:

Volatility is a known unknown because though we cannot predict future volatility, we can make reasonable guesses about its future range.

For example, if the S&P 500 were to decline by 50% in 2021, I would argue that such an occurrence is not an example of risk, but volatility. History suggests that 50% declines in broad market equities occur a few times a century. If you buy an S&P 500 index fund expecting otherwise, your problem isn’t risk, but ignorance.

Risk and volatility aren’t the same

This is why I don’t equate risk with volatility. People will say that an investment is “too risky” for them, but what they usually mean is that it is too volatile. Some investors prefer the predictability of bond income while others want the thrill of individual stocks, options, and leverage. This isn’t about risk, but about the kind of expected returns an individual investor prefers.

For another example of volatility, consider the young investor who sees their 401(k) decline by 30% in value during a market crash. Is this decline a serious risk to their future finances? Definitely not. With decades of investing and earnings ahead of them, a young investor faces little to no long-term detriment from such an event. Assuming this young investor is informed, they should have expected such a bout of volatility at some point in their career.

Risk is what you don’t see coming

But, risk is another beast entirely. Because risk is about the things that happen that can’t be expected.  As Josh Wolfe has preached many times:

Failure comes from a failure to imagine failure.

Risk isn’t trading options. Risk is your options expiring worthless because the trading platform crashed and you couldn’t sell them in time.

Risk isn’t losing money on cryptocurrency. Risk is losing your cryptocurrency after it got trapped in an exchange because the exchange owner “died” and didn’t leave his password behind.

Or as Howard Marks so brilliantly described risk:

I tell my father’s story of the gambler who lost regularly. One day he hears about a race with only one horse in it, so he bet the rent money. Halfway around the track, the horse jumped over the fence and ran away.

Risk shows up in all sorts of ways that are completely unexpected. For example, consider this passage from More Money Than God about the risk of becoming an ultra-successful hedge fund:

Even though Long-Term shrouded itself in secrecy, routing its trades through multiple brokers so that none of them could understand its bets, an army of imitators had pieced together much of its strategy. The upshot was that LTCM’s large portfolio was mirrored by an even larger superportfolio created by its disciples, meaning that LTCM’s trades were monstrously crowded.

By the spring of 1998, every bank or hedge fund that might buy LTCM’s positions had already followed Meriwether’s example and bought them; if a trade went wrong and Meriwether needed to retreat, there would be nobody to sell to.

Where in their trading model did it control for copycats bleeding them dry? That’s risk.

An example from the insurance business

But, one of the best stories I have heard about risk comes from my father, who used to work in the viatical industry.

There is one other important detail about a viatical policy. The lump sum paid by the investor(s) funds the policy for one additional year past the expected death date of the seller. However, if the seller lives beyond this date, then the investor(s) must begin paying the insurance premiums on the policy or forfeit the policy (and the right to the payout).

Everyone who buys a viatical understands that this could happen, but, when it does happen, not every investor is willing to pay. This is where risk comes in.

For example, let’s say a man is given two years to live and decides to sell his $1M life insurance policy for $500,000. Ten investors come together to buy his policy by investing $50,000 each. Three years pass (two years life expectancy plus one grace year) and the terminally-ill man is still alive. Now the group of ten investors must start paying additional insurance premiums.

However, there is nothing in their contract that forces the investors to pay these premiums. If one of the ten investors decides they don’t want to pay, the other nine investors must cover that individual’s share of the premiums or they too would have to forfeit their rights to the final insurance payout.

What makes the situation worse is that any individual investor who doesn’t want to pay their premiums still has a claim to their share of the final payout (i.e. 1/10th of $1M) as long as the other investors pay the premiums. This creates a nasty free-rider problem that is hard to fathom at the outset. That’s risk for you.

The only kind of risk that matters

So how do you prepare for something that can’t be prepared for? You try the best you can. Do scenario planning. Have ample liquid savings. Search for flaws in your investment hypotheses. If you spend time to think about what is possible, then you might just be able to save yourself from some of these black swans.

Here are some of Nick’s other recent articles: