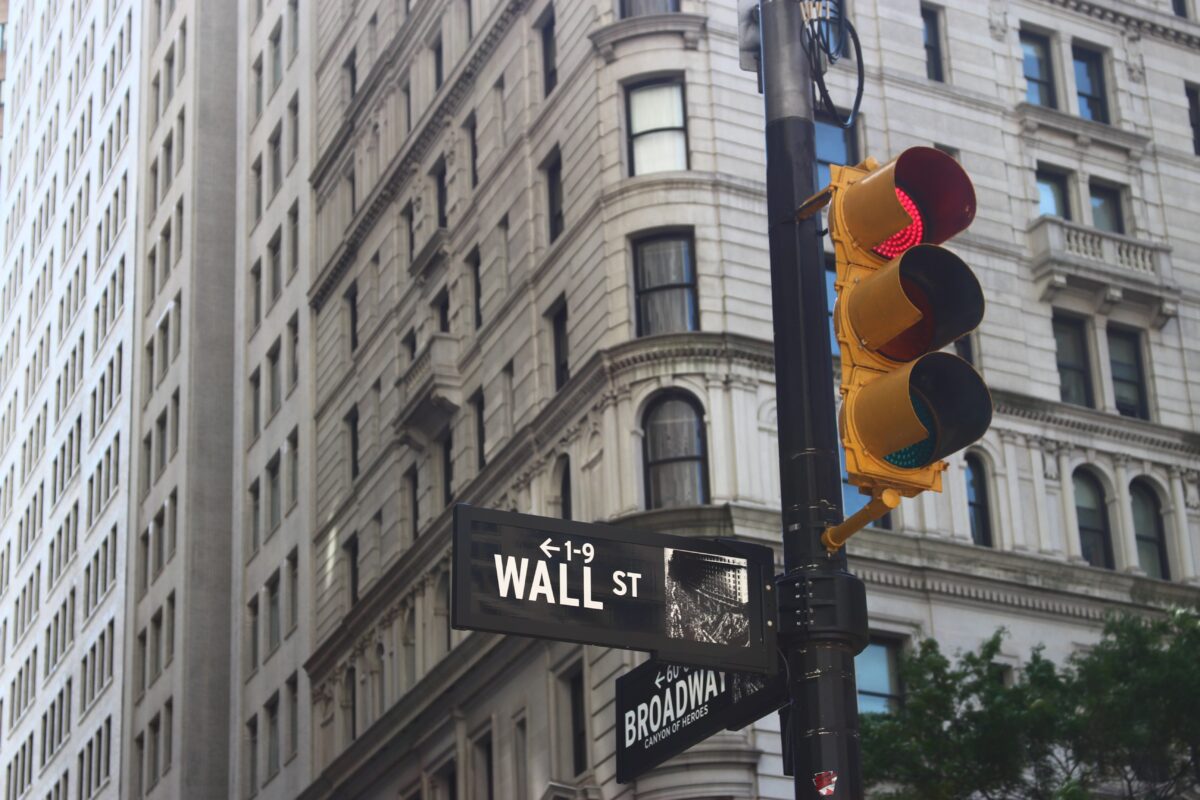 We’ve written several times lately about the apparent disconnect between the economy and the stock market. Surely, people are saying, global markets should be lower than they are because of all the bad economic news around? There are several explanations, not least the fact that markets are forward-looking and most economic indicators are backward-looking. Another important point, as JOACHIM KLEMENT explains, is that the composition of the stock market and the businesses that make up the real economy are not the same. Wall and Main are, in fact, two very different streets.

One of the constant surprises for the general public is how different stock markets and the economy can behave. It’s not just that stock markets are forward-looking. Sometimes there are striking differences that cannot be explained with that effect alone.

If somebody had told you in December that in 2020 we will witness the biggest recession in almost 100 years (sending the unemployment rate in the US to 25%), Russia and Saudi Arabia would enter an all-out oil war and in the United States twice as many people would die in three months than during the Vietnam War, every sane person would have predicted that stock markets would collapse. Instead, they have experienced only a regular-sized bear market so far and declined about 20% to 30% in February and March and have recovered ever since. At the time of writing, there is hardly any damage done in stock markets year-to-date.

Wall Street clearly isn’t Main Street even though some people insist that stock markets are a reflection of how the economy looks like in the 21st century. Far from it.

On the other end of the spectrum is the property market. Real estate activities make up c. 14% of GDP but REITs and other property stocks account for only 1% to 3% of the stock market. Industrials and consumer goods and services are also massively underrepresented in the stock market. In fact, the chart below shows that the GDP of the United States and the UK look remarkably similar, but the two stock markets don’t. 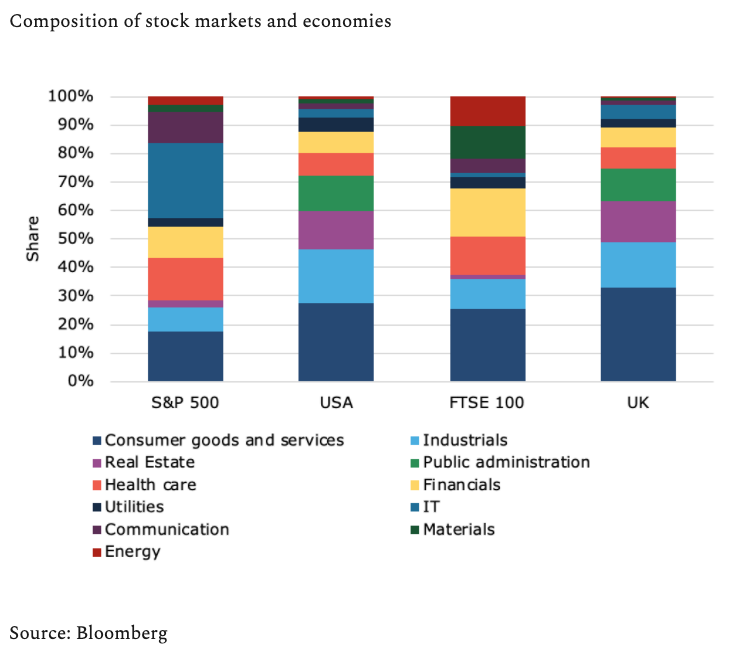 Propping up the stock market does little for the economy

If the government invests in infrastructure, for example, it will help both the economy and the stock market. But if the government spends money on health care, welfare, and social safety nets, it will help many people, yet, does little to boost growth. In the end, this is one of the core differences between politicians on the left and right of the political spectrum. Politicians on the left are concerned with helping as many individuals as they can, while politicians on the right are concerned about helping the economy overall.

Individuals and the economy

And of course, this opens up pandora’s box of how to measure the individual and the economy. If you think of the stock market as the economy, you are clearly making a big measurement error, but so do people who think we have to help the individual by increasing wages, for example. I recently looked at the difference in wage inflation and consumer price inflation in the UK. Traditionally we think that if wages rise, consumer prices should follow suit. Yet, over the last few years, we have seen wages increase while consumer price inflation declined.

And the moral of the story: What gets measured may get done, but how things get measured determines how they get done.

Eager to learn more? Here are some other recent articles we think you’ll enjoy: