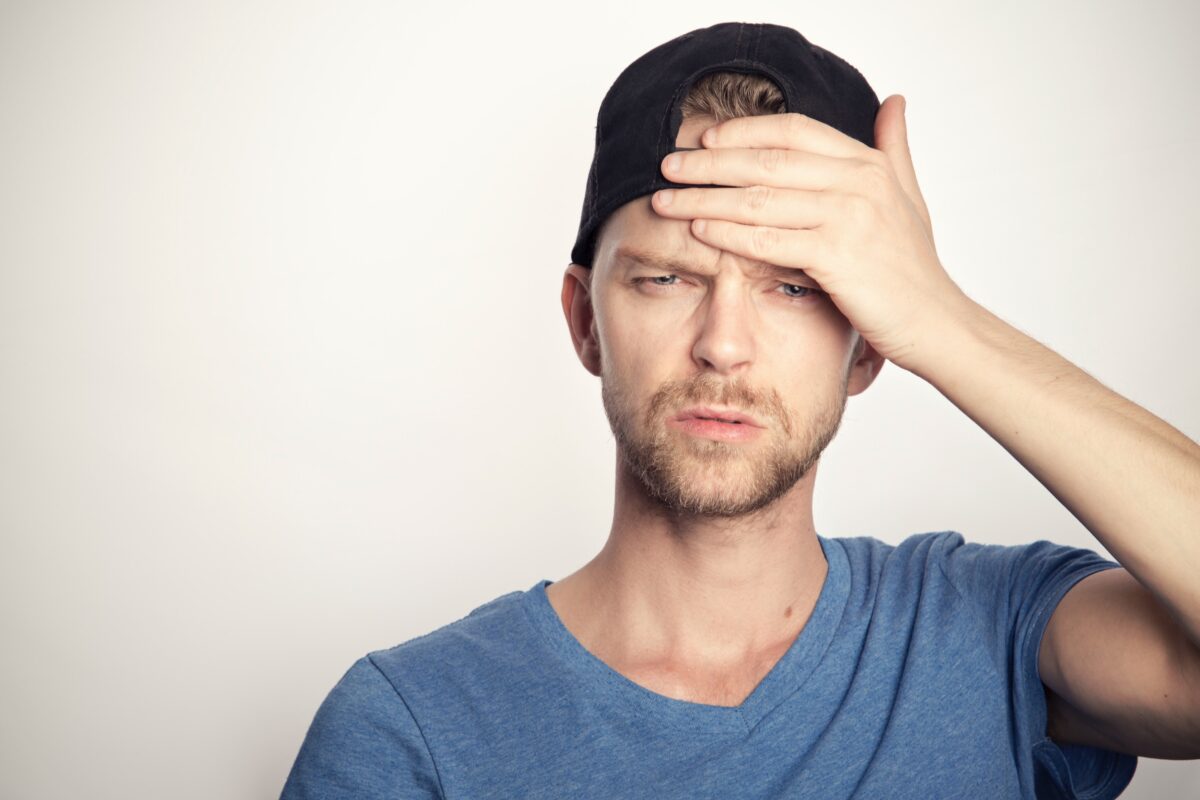 Much has been written about the pension time bomb. Demographic changes, we’ve been warned, will mean more and more people needing to draw a pension in the coming decades, with the danger that both private and state pensions will buckle under the strain. Today’s young workers, some suggest, may end up having to foot the bill in the form of higher taxes.

But how worried should we be? JOACHIM KLEMENT says we shouldn’t be overly pessimistic because society and the financial markets will likely adapt to the changes taking place.

As my readers know, one of my pet peeves is people who argue that demographic changes will lead to catastrophes, be it higher inflation or the implosion of our social safety net. I could write every day about why these projections are typically not worth heeding for investors, but that would bore my readers, so I tend to space these articles out and limit them to max one a month to give everybody a rest. But now the rest is over, and I can pick up where I left it on 12 May.

Back then, I showed a chart that got a bit lost in my general argument about Japanese savings rates. The chart shows the old age dependency ratio in Japan in grey. The solid grey line is the usual dependency ratio that divides the number of people over the age of 65 by the number of people aged 16 to 64. This is what we see all the time in demographic projections and articles about demographics. It looks bad for Japan and even worse for China. But it also looks bad for every European country and the United States, though not quite as bad as for Japan. 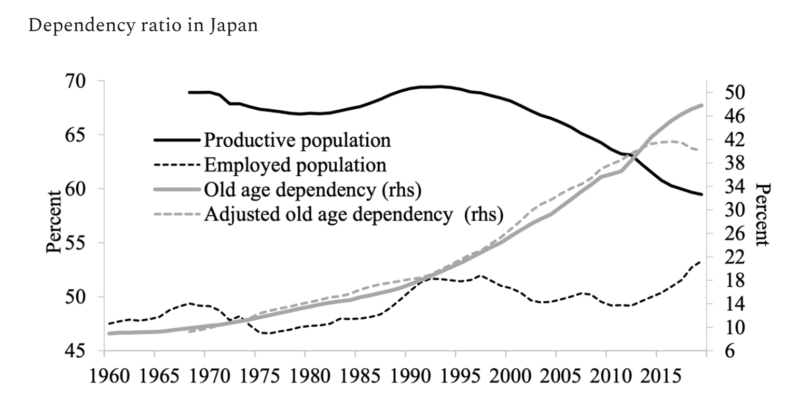 But note the assumption implied in the solid grey line of the dependency ratio. It assumes that people above the age of 65 do not work and have to depend on their savings and transfers from working-age people. What the authors did in the dashed grey line is use data from the Japanese Ministry of Information and Communication to reduce the number of people aged 65 and over that are part of the workforce and have gainful employment. As I said back in May, this usually not some fancy fun employment, but minimum wage jobs that people have to take on in order to make ends meet. No romantic pictures of happy pensioners seeking fulfilment by staying active, please.

What that adjustment does is increase the “productive population” and reduce the dependent population. The adjusted old age dependency ratio has been flat in Japan since 2010 and is now on its way down.

And that is my point about demographics not being our destiny. Societies adapt to changing demographics. And because demographics change so slowly there is plenty of time for societies to adapt. In the case of Japan, it has led to a change that essentially defused the so-called pension time bomb by working more and longer in life. But the result nevertheless is that the stress on the Japanese pension system and Japanese social safety nets is not increasing anymore. Instead, it is easing.

Warnings about the demographic time bomb and how it is going to destroy our pension system are almost as old as I am. I distinctly remember German Economics Minister Norbert Blüm proclaiming that our pensions are safe – just to go back and cut them a little later. More than thirty years later the German pension system still hasn’t collapsed. Germany and other countries have adapted to the changing demographic realities by increasing mandatory retirement ages, cutting pensions, introducing tax-advantaged savings schemes, etc.

Again, none of that made retirement easier and one reader mentioned to me in May that we go from “work to live” to “live to work”. My response was that “work to live” is anyway a modern concept that is a historical aberration and one that was only made possible with the introduction of social safety nets in the early 20th century. Throughout history, the idea of old age “retirement” didn’t exist except for nobility, priests, and nuns.

But my point is that as an investor, such long-term economic scenarios are highly flawed, and investing based on these trends is extremely dangerous. Society — and markets — adapt. We may not like how they adapt, but they do and as investors, we need to take the world as it is not as we want it to be.

Taking on the dependency problem

Transparency is good for business for asset managers